Laughing gas can ease symptoms of depression in just two hours by acting on a brain chemical with no side-effects, new research suggests

A pilot study involving 20 patients who’d previously not responded to up to 12 different antidepressants found they were significantly more likely to improve with ‘laughing gas’ treatment than those given a placebo gas. The benefits lasted several days.

Now, in a new four-week study, 200 patients with depression will be treated with a mix of nitrous oxide (commonly known as laughing gas) and oxygen for an hour. 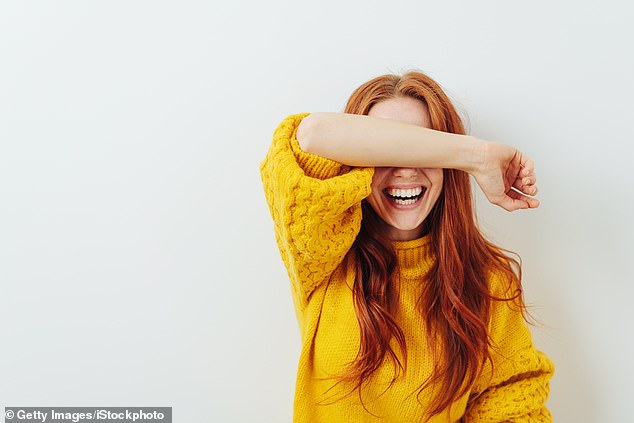 Up to one in four people with depression shows no improvement with standard therapies.

There is a major push to find alternatives. Some research has looked at a form of the party drug and anaesthetic ketamine. Nitrous oxide is being investigated as it works in a similar way to ketamine.

Patients given it daily as a syrup containing a very high dose — 60,000 international units — for ten days, reported an almost fourfold improve- ment in pain scores when reviewed three weeks later by specialists in India.

Whereas antidepressants typically work by increasing levels of the feel-good brain chemicals serotonin or dopamine, ketamine and nitrous oxide act on a different brain chemical, glutamate.

It is thought that depression may result in part from an excess of glutamate, which may disrupt how brain cells communicate with one another.

Ketamine can block the negative effects of glutamate, but one drawback is that it also causes a number of unpleasant side-effects including hallucinations and disturbed vision. A previous Good Health investigation raised concerns about its use, not least because it can be addictive.

Now researchers have discovered that nitrous oxide also acts on glutamate, but in a slightly different way, and it is hoped may have fewer side-effects. The pilot study, reported in the journal Biological Psychiatry, compared the effects of a nitrous oxide and oxygen mix against a placebo on patients with depression. The gas was inhaled for around one hour, at a dose level similar to that used by dentists as a sedative. 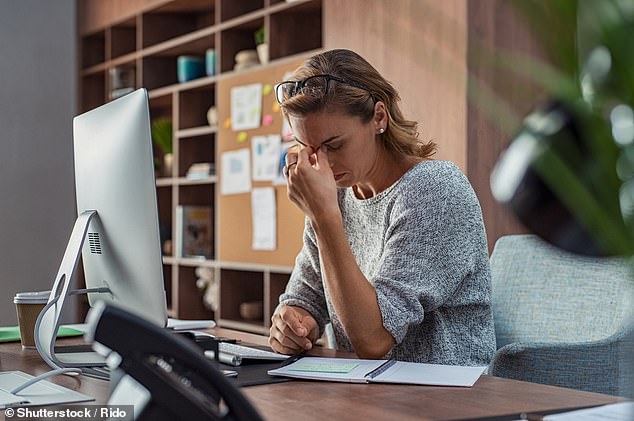 It is thought that depression may result in part from an excess of glutamate, which may disrupt how brain cells communicate with one another (file image)

Cheeky Panda Handy Wipes help you keep clean wherever you are.

They are made with bamboo and infused with purified water, aloe vera and fruit extracts — and are biodegradable, too. 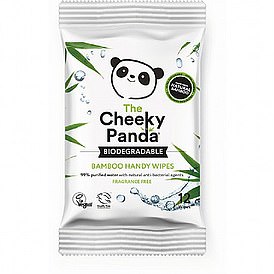 Results from the Washington University study in the U.S. showed that one in three patients, who had previously tried an average of eight antidepressants each without success, responded.

Symptoms improved in two hours — whereas conventional antidepressants can take two months to have an effect — and there were no side-effects.

Carmine Pariante, a professor of biological psychiatry at King’s College London, said: ‘The confirmation that nitrous oxide has rapid antidepressant effects is a positive development, as it confirms the importance of blocking glutamate as a way to treat depression. It offers another tool in the box for physicians.’

However, he added that nitrous oxide seemed to have some of the same side-effects as ketamine, including altered body sensations and dreamy states with altered perception of time. And he welcomed further research.

The test measures levels of citrate, a derivative of citric acid.

Citrate is produced in the prostate and is a key ingredient of semen. Prostate cancer cells don’t make it, so levels are lower when cancer is present. The new research, involving 31 men, found citrate semen tests detected cancer with 74.8 per cent accuracy compared with 54.8 per cent with the standard test, the prostate specific antigen (PSA) test, reports the International Brazilian Journal of Urology.

The silvery trail that is left by snails is being tested as a way to treat chronic wounds.

Around 90 patients with diabetic foot ulcers will have a patch impregnated with the snail slime as a wound covering, while a similar number will have a normal dressing.

The results will be compared after 60 days in the study overseen by the University of Chile.

The sticky substance, from the Helix aspersa muller species, is produced by special glands located on the foot of the snail.

It is thought to contain a range of antioxidant and anti-inflammatory compounds, as well as various proteins and fats that may aid wound healing.