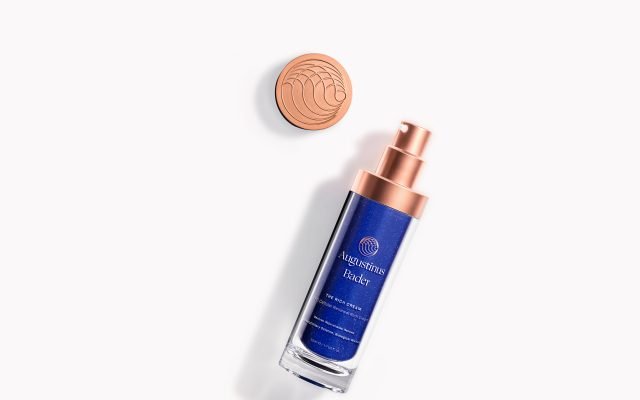 Cult skin-care brand Augustinus Bader is readying for its second year in business.
In year one, the brand's two products — The Cream and The Rich Cream, $265 each — did $6 million in sales, according to industry sources. And with a new chief executive officer, Maureen Case, on board for year two, sources are estimating the business is projected to quadruple.
Case, a seasoned beauty executive, was previously president at Violet Grey, and before that, was president of La Mer, Bobbi Brown Cosmetics and Jo Malone London. At Augustinus Bader, Case will oversee the company's vision and provide strategic leadership in order to scale the brand, geographically, as well as on the product side.
Case said she became interested in joining the brand after she tried The Cream. "I grew to understand the science behind the product," Case said. "You have the combination of clean beauty and clean science. This is not just a cult product, this is going to be a game-changing brand."
The company's products were created by Augustinus Bader, a professor and stem cell and biomedical scientist. The products claim to use regenerative technology to enable the body's own stem cells to heal tissue. Originally, the technology was created for wound creams and gels, and 10 percent of profits from the Augustinus Bader brand go to fund the Augustinus Bader Foundation, which offers Bader's therapies to those in need for free. The majority of the brand's dividends go toward biomedical research.
"We're now at the turning point where we want to make sure that the scientific side of the project is complimented by expertise on the management side, and the capacity to scale up the business," said cofounder Charles Rosier.
"We've got the ability to bring this product to so many more consumers," Case said, noting that the brand has a lot of potential in the direct-to-consumer channel.
Scaling plans on the brand side are already in the works. The products launch on Net-a-porter in March, and other launches — Body Cream and Body Lotion — are slated for summer debuts.
Even as it readies new products, the company plans to keep a tightly edited lineup. "Every product that comes to market will have a point of view that is different," Case said.
"We have that translation of Augustinus Bader's research in one product can be also adopted to other hero products, but will not release them unless we're convinced they add something to the conversation and to the market," Rosier said.
Since it launched, Augustinus Bader has become a cult product, talked about by celebrities, aestheticians and editors — for free.
One of those unpaid enthusiasts is Victoria Beckham, who is having models' for her show on Sunday prepped by Nichola Joss with The Cream, according to the brand.
Augustinus Bader recently opened its first store in Paris, and has done well at Violet Grey — where it is the retailer's best-ever selling brand with $1 million in sales in 7 months — and Cos Bar, where ceo David Olsen called it "an unparalleled success." There, the cream was given to sales associates who were encouraged to try the product and take their own before-and-after selfies.
Source: Read Full Article