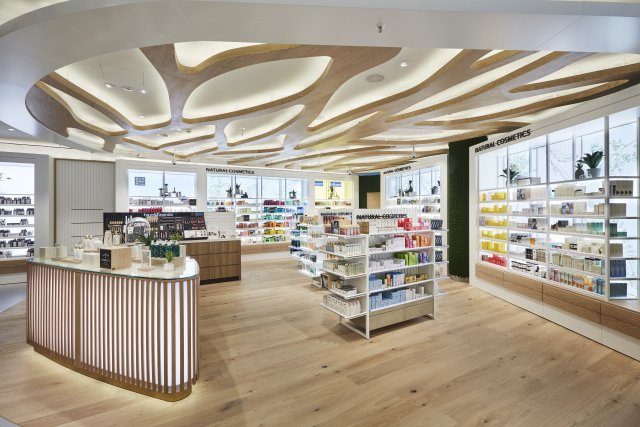 European beauty retail giant Douglas is going small.
The retailer has linked with the Indie Beauty Media Group to deepen its assortment, bringing small and niche brands to consumers across Europe. Through the partnership, IBMG will help Douglas source and onboard new indie beauty brands across  categories. Douglas will also play a big role in IBMG's European expansion as the launch sponsor for the German language version of digital publication Beauty Independent, and the official retail sponsor for Indie Beauty Expo Berlin in May.
"The trend indie beauty is growing in Europe," said Douglas chief executive officer Tina Müeller. "It's a trend coming from the U.S. specifically, and first the U.K. and now arriving in continental Europe. Douglas is focusing on that trend. We have brand scouts working for us in the U.S., west and east coast, but also in Asia…to collect interesting indie brands for our assortment."
Partnering with IBMG should help Douglas build up the indies it chooses to sell, Müeller said.
"We want to source, onboard and facilitate independent brands together for the Douglas assortment," she said. "It's a different challenge to bring independent brands into the assortment and to nourish them and to make them big, or bigger…it needs specific care and specific marketing, and here, IBMG has experience."
Douglas, which has 2,400 stores across Europe in 21 countries, has experimented with indie beauty before. The retailer has started to merchandise indie beauty on a specific "trend selection" table, Müeller said, that includes more information related to the products and brand, like founder stories. Those displays have been rolled out in 50 German Douglas locations, and are producing "great results," Müeller said.
"It works very well because it's the center of attention," Müeller said.
Future indie beauty brands will continue to be merchandised in a way that brings attention to them, she noted, and will be sold online as well as tested at retail.
Some brands may even graduate from that table-based assortment, she noted. From the first wave of indies, The Ordinary, for example, has been so successful that it's now going to be merchandised among the general assortment, she said.
She expects the indie beauty assortment to do particularly well in Germany, Italy, the Netherlands and Poland, she said. "Germans are very keen on organic regional lines…the green party is very strong in Germany," Müeller said.
Category wise, Müeller expects skin care and nutritional supplements to do well across Europe, as well as the sleep category. Last fall, Douglas had a competition for indie brands called the Forward Beauty Challenge — of those brands, she estimated about 80 percent focused on the skin care or beauty nutrition categories. "Other categories, like hair, fragrance or makeup are more secondary," she noted.
Since Müeller joined Douglas in 2017, the business has been working to modernize, specifically focusing on the brick-and-mortar experience (and services), differentiating its product assortment, strengthening e-commerce operations, building out a CRM platform, and the updating the Douglas brand. The retailer's owned brands help differentiate it in the age of Amazon, Müeller noted, and Douglas plans to grow them to make up about 30 percent of the overall business. Douglas is launching two new brands, one in skin care and one in supplements, in the coming months, she added.
For Douglas' most recent fiscal year, sales increased 17 percent to 3.3 billion Euros, and e-commerce sales rose 11 percent, to 423 million Euros.
For IBMG, which has grown rapidly in the U.S., Douglas marks its largest retail partnership to date. The organization has previously partnered with Neiman Marcus, FeelUnique and Shen Beauty to bolster the indie offerings of those respective retailers.
"It's huge," said Nader Naeymi-Rad, cofounder of the Indie Beauty organization. "They're the leading omnichannel retailer in Europe. They have very much a leadership position in a lot of the markets where they're active, and they have a very rich history of bringing in brands and trying to be the first place where customers find new products."
"They philosophically understand how independent brands can be a key part of their strategy to differentiate based on innovation," he continued.
Douglas isn't the only retailer that has upped its focus on indie beauty in recent years. The wave started in the U.S., where an influx of indies caused many major players to revamp their strategies. Neiman Marcus partnered with the Indie Beauty group, for example, while Bloomingdale's has launched in-store experimental retail concepts with Glowhaus and WellChemist. Nordstrom has also experimented, bringing niche brands in through a partnership with Space NK and partnering with Byrdie for pop-up beauty experiences.
"We're acting as an extension of the Douglas buying team," Naeymi-Rad said. "We're providing specialized expertise, knowledge and capabilities to better source and onboard brands."
Douglas will play a large role in the Indie Beauty Expo's first Berlin show later this year, he noted, where the global indies in attendance will all have access to the retailer's team.
"We're seeing a broad realization across the market that this tectonic shift we've been noticing over the past 10 years is reaching a tipping point," Naeymi-Rad said. "Indie brands went from being an oddity…to being interesting, cool, 'maybe-we-should-do-something-here so let's dabble,' to 'we have to have a strategy here.' Every major retailer has realized this isn't going anywhere but up."
Source: Read Full Article