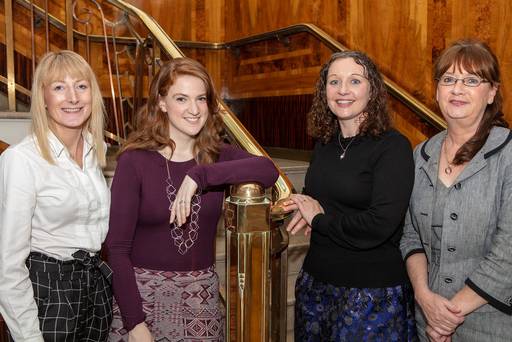 ‘Mom turned upside down is wow!”

Or how about: “I didn’t lose myself in motherhood, I found myself.”

Or even the cute and cuddly: “Motherhood means finally understanding why mama bear’s porridge went cold.”

The state of being a mother has inspired a deluge of ‘inspirational’ thinking, mostly soft-focused and designed to trigger an attack of the fuzzy-wuzzies.

Except, of course, in actual mothers. Unless it involves their own mothers – and then they, too, can get in on the act.

But these inspirational quotes are completely useless if you’re looking for something concrete you can actually use as a roadmap on how to ‘do’ motherhood.

But for real, hardcore information, nothing beats the insights of other battle-scarred women who have been through those dark nights which are simultaneously endless when you’re awake and attempting a night feed – and brutally short when you’re not.

Not to mention the uncertainty of the early days when you feel the vast, gaping loneliness of Charlton Heston as he surveys the wreckage of the Statue of Liberty in the final scene of ‘Planet of the Apes’.

Though, for the record, an electric slow cooker is a lifesaver.

“People say it’s all very natural and that will come to you and it happens over time – but in reality it’s the biggest transition any person can make in your lifetime.”

She wishes she could have known how lonely she would feel in those first few weeks and that it was ok.

“Whenever I told someone I felt lonely they’d try to tell me I wasn’t lonely or try to mitigate that in some way,” she says. “I just needed someone to validate that – ‘of course you feel lonely, your entire life has changed’.”

Ellen is one of the 3,047 Irish mothers who took part in a Trinity College study examining the health and health problems of first-time mothers and what women said they wished they had known beforehand.

The information collected in the longitudinal Maternal Health and Maternal Morbidity in Ireland (Mammi) study has now been made available as an online resource for motherhood aimed at women, mothers and healthcare professionals.

It has been packaged up as a free four-week online course focusing on health and well-being.

“After we did the study these women said ‘you have to do something with it’ and build resources around ‘what I wish I had known’ to make things easier on the mothers of the future,” says Dr Deirdre Daly, assistant professor in midwifery and principal investigator of the ‘Mammi’ study.

“We’ve phenomenal data on women’s health in pregnancy and birth.

“But after that we stop reporting data so we’ve no idea what proportion of women have these problems like anxiety and depression.

“And if we professionals don’t talk about it, nobody’s talking about it. There is a national silence surrounding these problems.”

After giving birth to her son Eric in March 2017, Ellen believes she is a “completely different person”.

“I did always feel I was born to be a mother,” she says, explaining she had wanted “a calm labour” – but ended up being induced and experiencing a second-degree tear.

“If people ask what would be the main piece of information I took away from the birth it’s ‘take the laxative’,” she grins.

“I remember the midwife asking me did I want it but I never had an issue before and what I wish I had known was simple things like that.”

Diagnosed with post-natal anxiety 15 months after the birth, she says her father was unwell at the time and she remembers standing in her bedroom with her husband and telling him: “I used to be able to cope but now I feel I can’t.”

He told her he knew but that he didn’t know how to say it to her and after that she went for counselling.

She took part in the Trinity study on motherhood, explaining that, while there is a sense on social media that “if I only help one person I’ll have done my job”, she does not believe this is enough.

“I want to make sure every woman having a baby feels prepared for that,” she says.

“There is a school of thought out there that you have to learn the hard way but I disagree. We don’t have to go through hardship to raise the next generation.

“The next generation will be raised by a healthier set of mothers.”

Naomi Donaldson, from Rathfarnham, Dublin, who also took part in the survey, said early motherhood wasn’t what she thought it would be.

“I was nearly 36 so it’s not like I was a young mother, but it really shook my confidence,” she says.

“I was afraid to go out in the car on my own with the baby, but every day your confidence grows.”

She complained to medics of exhaustion but was dismissed with “every new mam is exhausted”.

It was only when her sister signed her up for a medical sleep study that she was diagnosed with chronic fatigue, and since she has multiple sclerosis, this was part of her symptoms, she explains.

She took part in the Mammi study and created online content, explaining: “I don’t think there’s a mum who hasn’t sat up at 2am doing a night feed saying ‘am I doing it right?'”