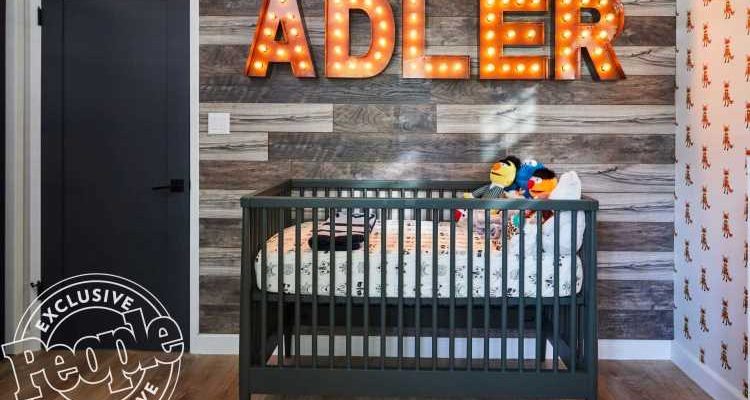 Seeing her son whisked to the neonatal intensive care unit right after his birth was hard enough, but Danielle Fishel soon learned that mom guilt sets in pretty quickly too.

In this week’s PEOPLE, on newsstands Friday, the Boy Meets World and Girl Meets World alum recalls the harrowing experience following her and husband Jensen Karp‘s son Adler Lawrence‘s June 24 birth one month early and subsequent three-week stay in the NICU after doctors noticed fluid retained in his lungs.

“I had this feeling instantly of somehow it was my fault,” Fishel, 38, admits of her baby boy’s health condition: chylothorax, a “leak in the lymphatic system” that breast milk worsened. As a result, the couple “had to take him off of breast milk and put him on a specially formulated formula that doesn’t use the lymphatic system.”

“This milk that I’m producing that’s supposed to keep him alive and is supposed to be the healthiest thing for him is the thing that’s keeping him in the hospital,” the actress says of her internal thoughts. “I just felt like it was somehow my fault. Even though I knew that wasn’t really rational, it’s hard.”

“You want your body and everything you do as a mom to be functioning optimally for your baby and when it’s not, you feel like a failure,” Fishel continues. “There was a little bit of a mourning process and a grieving process for me there, but now that I’ve come to terms with it and I know that hopefully the plan is that I get to transition back to breast milk in the next few weeks, I’m feeling much better about that. We’ll see how it goes.”

For now, it’s one step at a time for the first-time new mom — and she’s keeping her expectations realistic.

“I don’t anticipate [Adler] ever latching because he’s never been on my breast before, so it may be possible that he’s never able to actually breastfeed that way, but I have plenty of milk stored and I can always feed him from a bottle,” she tells PEOPLE, adding proudly, “He’s a pro with the bottle now.”

While Fishel “can’t speak for” her producer husband Karp, 39, she insists that “mom guilt does not waste anytime kicking in” after a child is born, admitting she experienced it “instantly.”

Danielle Fishel Reveals Son Adler Is Out of the Hospital: “Now We Hope to Never Be Back”

Fishel and Karp took their son home from Children’s Hospital Los Angeles on July 15, after he was monitored for three weeks. (His lungs eventually healed on their own.)

Today, at 10 weeks old, Adler is mostly “a chill baby” but “seems to have inherited his love for food from his mother because he opens his eyeballs from a nap and immediately wants a bottle in his mouth,” Fishel jokes. “If he is not being fed within three and a half seconds of opening his eyes, he will scream bloody murder. I have to have a bottle ready at all times just to avoid that.”

But it’s worth it, considering Adler’s cuteness and sunny disposition. “He’s giving us lots of smiles and he’s very strong. He’s holding his neck up, he’s looking around,” Fishel shares. “When he is awake and alert, he makes very intense eye contact. He’s very curious. We can’t wait to hear what his voice sounds like. We can’t wait to know what his final eye color is going to be.”

“We’re also trying to soak up all of these seconds with him because it does go by so fast,” she adds.

For more from Danielle Fishel, pick up the latest issue of PEOPLE, on newsstands Friday.