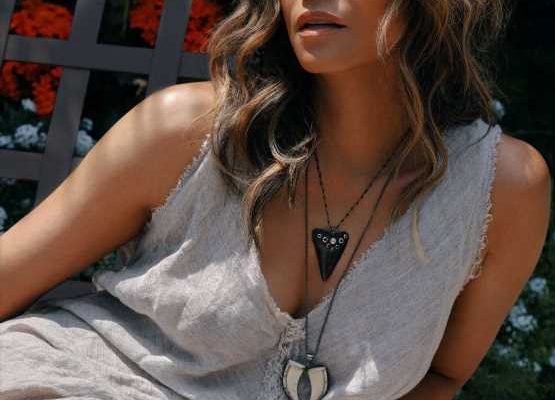 Halle Berry is a mother of two, but she would’ve been open to a house full of kids.

In a chat with InStyle for the magazine’s 25th anniversary issue, available Aug. 16, the 52-year-old actress and mom to son Maceo-Robert, 5½, and daughter Nahla Ariela, 11, says she “loved being pregnant” and “probably would have had five children” if she had “started earlier.”

“Or if I hadn’t been busy trying to make movies, I would have been the perfect surrogate,” Berry adds. “All the hormones made me feel amazing. I was so alive with my purpose and my femininity. It felt like my body was doing what it was built to do.”

The John Wick 3 star shares that she “felt the sexiest” during pregnancy, remembering becoming a mother for the first time at age 40 “around the time of my third InStyle cover.” (Her first was in 2000.)

“Knowing that someone would always be counting on me made me a better person,” Berry says. “I’m more focused and in line with my values and my goals. I stopped letting negativity get me down.”

Berry calls motherhood “the best job” out of all her roles — and despite her fame, her two kids “don’t care about who I am outside of this house.”

“My daughter got a sense of who I am from friends at school,” she says of Nahla’s laid-back approach.

Maceo-Robert, on the other hand, had decided to use his mom’s name to his advantage, even if he doesn’t yet fully understand its impact.

“For the last year, my son has been saying my full name really loudly in public like, ‘Halle Berry, can you pass me the ketchup?’ It’s just so embarrassing!” the star admits, laughing. “He knows it gets a reaction from people, but he can’t quite figure out why.”

Berry’s career is still in full swing, 30 years after her first onscreen role. Currently, she tells InStyle, she’s about to make her directorial debut with a film called Bruised, which she will also star in as a “disgraced MMA fighter who has to make her way back to the top for the sake of her son.”

But at the end of the day, all the star wants is for her two kids “to say, ‘You weren’t perfect, you didn’t do everything right, but you were a good mom.’ “

“I spent almost 10 years being in mom mode,” Berry says. “Now that my youngest is starting kindergarten, I feel like I can get back into my life, and that’s important. I want to keep challenging myself and proving that I can still follow my passions, take risks and take on characters who make me feel alive.”

“But I prove that to myself, not to anyone else,” she adds. “I think that’s what keeps us young. It keeps me connected to my children because I’m alive in the world. One day they’re going to grow up, and I don’t want to be the mom who’s crying because her kids left. I want to be the mom who says, ‘Yes, girl, go fly. Go do you, do your life.’ “