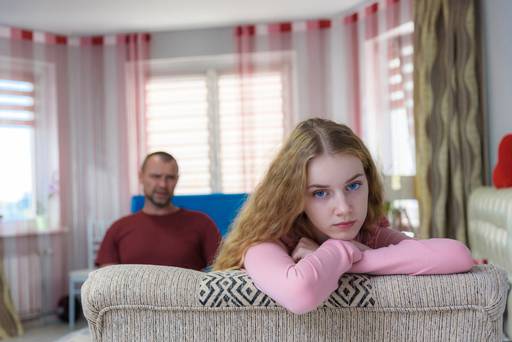 My Dad would wreck your head. He’s decided that now that it’s a new year we need to have a load of new rules in the house. We’ve a brand new “chores chart” on the fridge. We’re all listed on it, and the chores we’ve to do each week. Dad doesn’t even do his chores. It’s a bit patronising having to tick your name off in public like that. I don’t see the chores stuff lasting long.

But the biggest new rule is about phones. My older brother is freaking out about that one. He’s 14. Dad’s gone all strict about it because he’s been reading lots of stuff about phones and about how bad the internet is, and social media and stuff. He’s always moaning about it, but it seems like he’s gone totally overboard now.

Before Christmas, he’d been dropping hints about how things needed to change and how Santa would be bringing “a little something” that would change everything. When we opened it on Christmas morning we just laughed. It was a cash box.

But, it turns out that the cash box is for phones. Every night now, everyone’s phone has to go in there at 10pm and then he locks it! My brother’s going mental because he can’t even charge his phone when it’s locked away. But, honestly, trying to argue with Dad is like arguing with a brick wall.

I was supposed to be getting one for my birthday, but now Dad is saying that the new rule for me and my little sister will be no phones till we’re 13. That’s just not fair. My brother got his when he was only 11. When I say this to Dad, he just goes “…and see how badly that turned out. Your brother is addicted to his phone. He never puts it down and all we ever do is row about it. That’s not going to happen again”. He might be right about the addiction and the rows, but that’s not my fault and it is so unfair that we get punished just because my brother has messed things up.

I try to talk to Mam about it and she goes, “you might be right, but you know what your dad’s like”. Which is kinda useless. It’s like she never makes up her own mind…she just goes along with him. Even like all the rules. They are all his rules, and she never argues with them. I’d like to see what’ll happen if she doesn’t put her phone in the box; she’s always on her phone. I bet underneath it all she doesn’t agree with that new rule.

I’m just hoping that this year will be like all the other years when Dad gets his notions about rules. They don’t usually last. I actually think he gets bored with them. Most of them are usually gone and forgotten by the end of January. I hope that’s the case with my birthday phone. I can’t be a social outcast. I’ll have to keep trying to get Mam onside with that one. If I can persuade her, maybe she can persuade him. I wish we got to make the rules sometimes.

As imagined by David Coleman