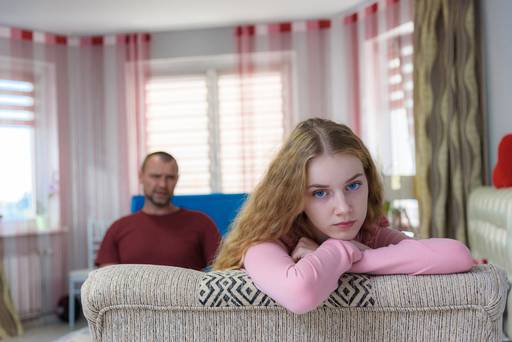 Mondays are the only day when I don’t have something on. Tuesday evening I do camogie, Wednesday morning I have swimming, Thursday evening is Irish dancing, Friday morning is swimming again and then there might be a gala or a feis on a Saturday and then later on our camogie matches will always be on a Sunday. I’m wrecked because I also have school; I’m in first year now and it’s a lot of pressure.

And here’s the thing. I can’t say it to my parents because they always say back, “well you choose to do everything; we’re not forcing you to do anything. If you want to drop something, then do”. Which is only kind of true. I mean, they don’t force me to do anything, but they do actually expect me to do everything. Dad loves camogie and he trains our team, so I can’t really give that up. I love swimming and I’m pretty good at it, so I don’t want to give that up. My mum’s family all do Irish dancing. I have cousins that dance too and while mum says she doesn’t mind, I think she’d be gutted if she was the only one of her sisters that didn’t have a child dancing.

So that’s my dilemma. There is too much to do and not enough time to do it. I know I have some evenings when I don’t have to go out, but then I have to be up at silly o’clock on the swimming mornings to be at the pool, so I have to get to bed early most nights or I just don’t cope the next day. Well, I kind of don’t cope anyway, if I’m honest.

School is really different and way more difficult than primary. I know everyone says that “it’s a big transition” and so I was expecting it to be hard, but not this hard. Every teacher acts like a little island all to themselves and so they don’t check what other homework we might have and they just give us work if they feel like it; some nights I have five subjects to do. It’s mad. Then there’s the whole thing about moving to the different classrooms and making sure to remember to have the right books from your locker. Then there’s friends to be worried about.

I know some of the other girls well from my old school, but we’ve kind of gotten split up because of the way we’re divided between the classes and some of them have made new friends. There’s only one girl in my class from primary and we weren’t really that good friends so it’s a little awkward. She keeps snapping me about loads of stuff as if we’re best friends, and we’re not, but I don’t want to be mean so I keep replying even though I wish she’d be a bit less intense.

There never seems to be any time to talk to my mum about this kind of stuff. I told you her view about my out-of-school stuff, but even with school stuff she can be a bit snappy with me. When I’m feeling charitable I’ll admit that she must be run pretty ragged too, as she gets up for my swimming and she also has my brother and all his things too. She works part-time, so she does all the evening things, as dad is always late home. It’s like she’s always on the edge of grumpy. But I just wish she could slow down enough that I could tell her some of this stuff. It never seems fair to be adding to her burden, but I wish someone could just realise the pressure I’m under, as I feel like I might crack.

As imagined by David Coleman