Nearly 1,000 allegations of sexual assault or other sexual incidents in England’s social care system were reported to the health watchdog in just three months, a report reveals.

The Care Quality Commission, which compiled the report, said the impact on vulnerable people and their families of such attacks is ‘utterly devastating’.

The report details 899 allegations of assaults or other sexual incidents, including 47 alleged rapes, between March and May 2018.

Three quarters of the alleged incidents took place in nursing homes or residential care homes – and the victims were most often women over the age of 75.

Some 12 per cent took place in vulnerable people’s own homes. 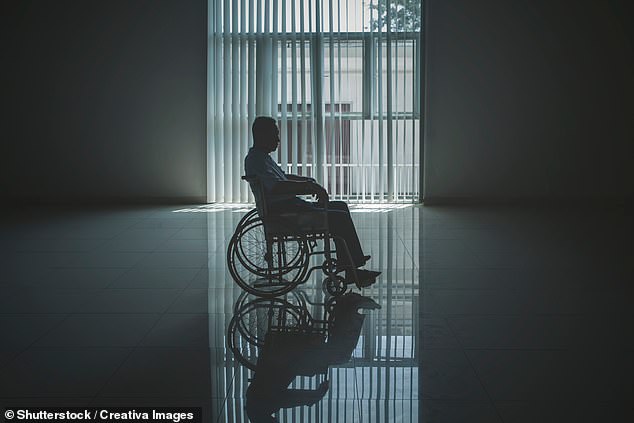 The Care Quality Commission, which compiled the report, said the impact on vulnerable people and their families of such attacks is ‘utterly devastating’. Stock image shown

The remainder took place in more than one location, or in ‘supported living’ services.

The report details the case of one female care worker who filmed herself sexually assaulting residents at night – including an elderly woman with Alzheimer’s disease.

The woman, who has been jailed, attacked ‘the most vulnerable’ people in the care home so they would not be able to speak out when she sexually abused them, according to the report.

Almost half the cases are categorised as alleged sexual assault.

The allegations refer to care workers as well as residents who assaulted other people in their facilities.

Some 11 per cent of cases were classed as exposure or nudity.

Funding issues are driving up the frequency of poor social care, a report by the Ombudsman revealed last September.

Faults were found in 66 per cent of adult social care complaints investigated by the Local Government and Social Care Ombudsman in the last year – up from 43 per cent in 2010.

The report said the rise in upheld complaints reflects ‘rationing’ of funds and ‘mounting pressures on those who work in the care system’.

Head of the service Michael King said: ‘While I recognise the challenging environment both commissioners and providers are operating within, any attempts to reduce costs must also properly consider the impact on the rights and dignity of people who use services.’

The Ombudsman received 3,070 complaints about adult social care in the past year – with just 435 of those from people who fund their own care.

Mr King said: ‘It is vitally important care providers let people know about their rights to bring their complaints to us.’

And 5 per cent reports were for cases of ‘consensual’ sex, which often have to be reported if the participants are judged not to have the capacity to consent to sexual relations.

The report said: ‘Sexual incidents were nearly four times more likely to be carried out by men than women during the period reviewed.

‘And women were over three times more likely to be affected by sexual incidents than men.

‘Forty-five per cent of all people affected were women aged 75 and over in our findings.’

‘However, our report also shows all too starkly the other side of this – the times when people are harmed in the very place they should be kept safe.

‘This is utterly devastating, both for the people directly affected and their loved ones.

‘While we are aware that sexual incidents in care services are not common, we know from speaking to those affected that the impact and consequences can be life-changing. Their message to us is that more needs to be done to prevent sexual abuse happening.

She added: ‘It is not good enough to put this issue in a ‘too difficult to discuss’ box.

‘It is particularly because these topics are sensitive and complex that they should not be ignored.

‘We are clear that abuse in any form can never be accepted and we must act on the findings of this report to help providers and care staff protect people from sexual harm, while enabling people to continue or develop intimate relationships.’

The authors called on social care providers to encourage people to talk about sexuality and raise concerns around safety.

But Caroline Abrahams, charity director at Age UK described the report as a ‘wake-up call.

‘Being kept safe from the risk of abuse of all kinds is the least that any older person and their family should expect when they are receiving care, so this report is both very welcome and a wake-up call to every care provider to do everything possible to protect them from being sexually abused,’ she said.

‘Abuse in any form is completely unacceptable and it is deeply distressing that most of the sexual abuse reported in this report happened in a residential or nursing care home to women aged over 75.

‘Sexual abuse must not be swept under the carpet and it is clear from this report that in some cases care providers are failing to keep some of our most frail and vulnerable older people safe.’

Veronica Gray, deputy CEO of the Action on Elder Abuse organisation, said: ‘More needs to be done to protect those most vulnerable to sexual abuse.

‘The first priority of adult social services must be the safety and wellbeing of those in their care.’

But Kathryn Smith, chief operating officer at Alzheimer’s Society said people’s rights should not be infringed – even if they have advanced disease.

‘Consensual relationships can bring great joy, and many people with dementia are still in intimate relationships or marriages they may have had for decades,’ she said.

‘They have an equal right to those relationships like everyone else.

‘Being able to speak about consensual relationships is part and parcel of safeguarding vulnerable people in care homes from potential abuse and is an important part of their welfare.’

Two care workers who mocked dementia sufferers and threw stones at them during a spate of sick pranks have been jailed for 20 weeks.

Student nurse Abana Arshad and care assistant Amy Greenhalgh, both 24, hurled gravel at victims as they begged them to stop and would laugh as they filmed their reactions on mobile phones.

Up to seven elderly residents with dementia or Alzheimers were secretly targeted by the pair while they worked a shift at a specialist EMI unit at the Laburnum Court care home in Salford, Greater Manchester. 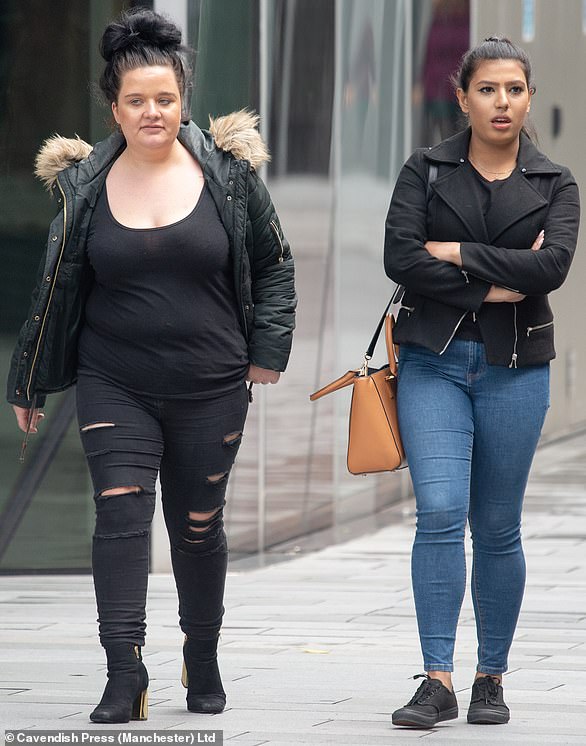 Arshad and Greenhalgh, whose mother is a nurse, were eventually found out when one was seen loading her pockets with gravel from the driveway.

One resident had rolled up plastic gloves thrown at her. Stones were also found on the floors of the rooms of the victims. None of the victims were able to say who ill-treated them due to their conditions.

After he case Sonia Morris, 37, whose mother Zena was one of the victims said: ‘There has been no remorse, no apology. In fact Amy needed it explaining about the effect their behaviour has had on the family.’

At Manchester magistrates court, Arshad, from Crumpsall and Greenhalgh from Eccles were each jailed for 20 weeks after being convicted of ill-treating a person without mental capacity. Several of their victims have since passed away.

At Manchester magistrates court, Arshad, from Crumpsall and Greenhalgh from Eccles were each jailed for 20 weeks after being convicted of ill-treating a person without mental capacity. Several of their victims have since passed away.