This story could have had many different beginnings.

I could have started it with the time I almost cried when the sales assistant said I had gone up yet another bra cup size. 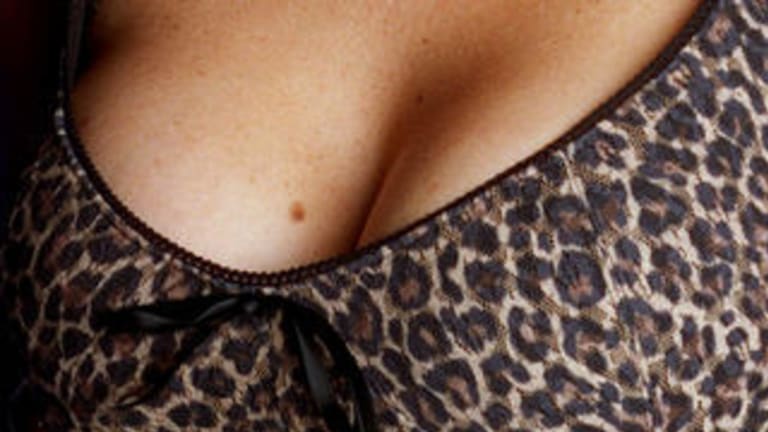 “It was like my boobs had a growth hormone all of their own.”Credit:Kylie Melinda Smith

Or the frustration trying to buy tops or dresses that would not make me look like I was dressed in a sack or turn me into a cartoonish silhouette.

Or the neck and shoulder pain that was my almost constant companion. Finally there was the ever-present fear of crippling, painful back spasms – so bad they would render me helpless for hours with only the morphine-based Endone providing relief.

In the end it was a combination of all these things that led me to seek surgery to reduce my breasts.

In hindsight, this was always on the cards. I started wearing a bra at age 11, and they just kept on getting bigger. It was like my boobs had a growth hormone all of their own.

Between the ages of 35 and 47, my cup size went from a D to a G (even though the rest of me stayed pretty much the same) and the weight was (literally) unbearable as my breasts were dragged down putting pressure on my neck and back.

I seriously began to think about a reduction when I reached an F cup, but I was wary of the risks of surgery. Then I hit a G cup, almost ended up in a foetal position in the bra shop change room and realised this was possibly never going to stop.

It was my husband who came up with an idea to get me on the road to relief.

Fortunately, or unfortunately as well in this case, I regularly see a breast cancer specialist for check-ups (the disease runs in my family). So my husband suggested that I should ask this doctor if he knew a good surgeon.

Luckily for me, the doctor did. He recommended a plastic surgeon who had done many reconstructions after mastectomies. And he said the words everyone considering going under the knife wants to hear – this surgeon is a perfectionist.

He also proved honest about the cost, what the surgery would entail and the aftermath.

I found out pretty quickly that I would be fronting up the entire cost myself as most private health funds, including mine, did not cover this surgery, regarding it as cosmetic. I no longer have private health cover.

I booked in the surgery for when I returned from an overseas trip.

The operation at John Fawkner hospital in Melbourne's north (coincidentally the hospital that I had been born in more than four decades ago when it was run by nuns) took about two hours – I spent more time filling in paperwork and talking to hospital staff (though I was pleased by their thoroughness).

I spent one night in hospital –apparently I heal well – and spent two weeks recuperating at home with packets of pain killers on hand, a caring husband and two seasons of Outlander to binge on.

Mercifully, the pain was minimal. After just a few days of using the strong pain killers prescribed by the hospital, I switched to over-the-counter paracetamol tablets.

And the after care from the surgeon's practice was exemplary, six weeks of regular check ups and advice on how to reduce the scarring, which I followed religiously.

The biggest shock was finding out how much tissue was removed – a total of 1.1 kilograms  – and that was half of what I had been carrying around.

It's been more than a year now since the surgery and I have no regrets.

I have had some strange looks from people that know and comments along the lines of "have you lost weight?" Yes, actually, about 1.1 kilograms!

I have overhauled my clothing (some tops and dresses I had bought in bigger sizes now made me look like a walking wardrobe malfunction) and got used to seeing smaller bras on the clothes line.

But, more importantly, the constant neck and back pain is  gone. I still make sure to keep fit and see a remedial masseuse regularly, but I no longer feel a weight is dragging me down.