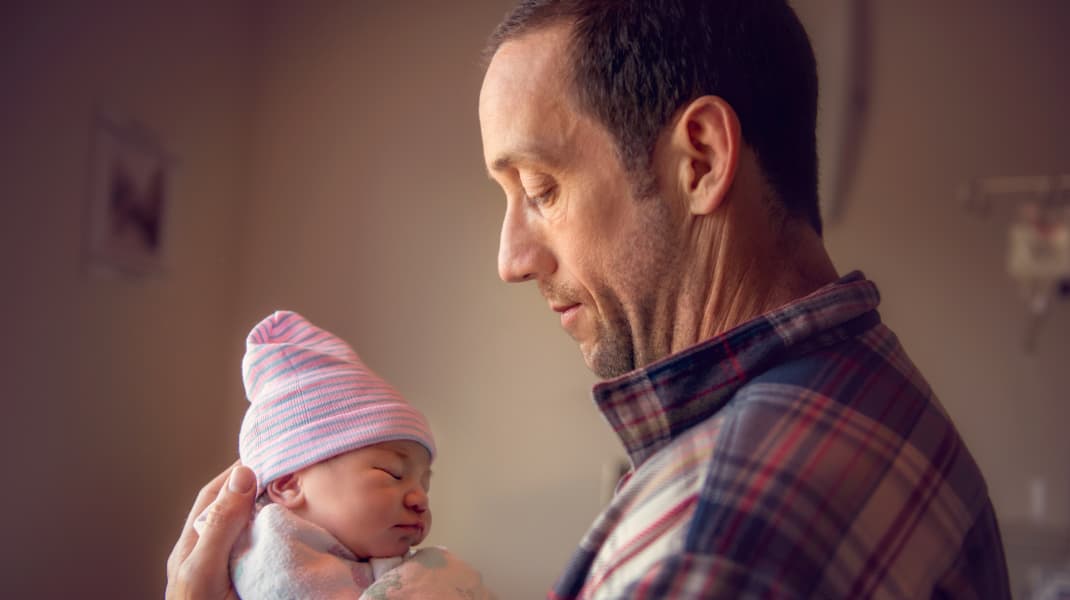 We already know a woman’s maternal age can negatively affect her unborn child. For example, children of older women (those over the age of 35) are more prone to chromosomal defects than their younger counterparts. But before we solely focus on the mother’s age, it’s also important to note that the father’s age impacts the health of the fetus as well.

In fact, according to a new study conducted by researchers at the Stanford University School of Medicine and published in British Medical Journal, children of older men (or dads over 35) are more likely to experience birth complications and/or risks.

For the study, researchers analyzed data from more than 40 million live births in the United States. What they found was that babies born to men of "advanced paternal age" were at a higher risk for adverse birth outcomes, such as low birth weight, seizures and/or the need for ventilation immediately after birth.

The data also suggest a father’s age could increase the mother’s risk of developing gestational diabetes.

“We tend to look at maternal factors in evaluating associated birth risks," Dr. Michael Eisenberg, physician and associate professor of urology at Stanford University, said in a statement. "But this study shows that having a healthy baby is a team sport, and the father’s age contributes to the baby’s health, too."

The study also revealed that the risk is scaled — the older the father, the greater the risk — but Eisenberg noted that these results shouldn’t cause one to alter their life plans, as the risks are still relatively low.

“If you buy two lottery tickets instead of one, your chances of winning double, so it’s increased by 100 percent,” Eisenberg said. “But that’s a relative increase. Because your chance of winning the lottery started very small, it’s still unlikely that you’re going to win the lottery. This is a very extreme example, but the same concept can be applied to how you think about these birth risks.”

So, what should people do with this information? Well, they should not panic. Instead, parents and parents-to-be should take these findings lightly and use them as just another bit of information to assist with family planning.