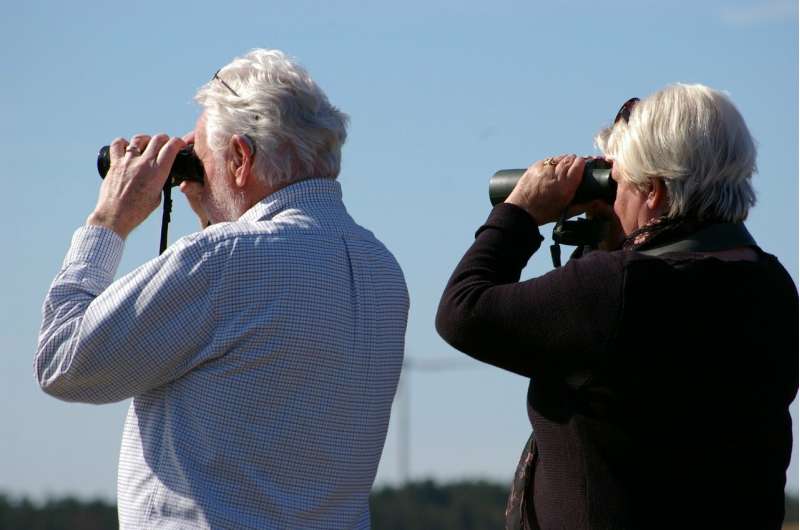 A U.S. study published by The BMJ today suggests that a healthy lifestyle is associated with a longer life expectancy among both men and women, and they live a larger proportion of their remaining years without Alzheimer’s disease.

The findings show that a healthy lifestyle is associated with longer life expectancies, but crucially the extra years did not mean extra years lived with Alzheimer’s.

The number of people living with Alzheimer’s and other dementias is expected to triple worldwide by 2050, from an estimated 57 million in 2019 to 152 million in 2050.

A healthy lifestyle—adequate exercise, cognitive engagement, and a healthy diet—may reduce the risk of dementia and extend life expectancy.

Also, reaching older ages is associated with a higher risk of Alzheimer’s. So, although a healthier lifestyle may delay the onset of Alzheimer’s dementia, the question remained as to whether it might increase the years spent with the disease.

To investigate this lesser known issue further, a team of U.S. and Swiss researchers analyzed the potential impact of a healthy lifestyle on the number of years spent living with and without Alzheimer’s.

The study analyzes data from 2449 participants aged 65 years and older (average age 76), with no history of dementia, within the Chicago Health and Aging Project (CHAP).

Participants completed detailed diet and lifestyle questionnaires and a healthy lifestyle score was developed based on: a hybrid Mediterranean-DASH Diet (a diet rich in whole grains, green leafy vegetables and berries and low in fast/fried food, and red meats); late-life cognitively stimulating activities; at least 150 minutes a week of physical activity; not smoking; low to moderate alcohol consumption.

For each lifestyle factor, participants received a score of 1 if they met the criteria for healthy, and 0 if they did not. Scores from five lifestyle factors were summed to yield a final score ranging 0 to 5. A higher score indicated a healthier lifestyle.

After taking account of other potentially influential factors, including age, sex, ethnicity and education, the researchers found that on average, the total life expectancy at age 65 in women and men with a healthy lifestyle was 24.2 and 23.1 years, respectively. But for women and men with a less healthy lifestyle, life expectancy was shorter—21.1 and 17.4 years, the study shows.

At age 85, these differences were even more notable.

While the study was population-based with long-term follow-up, this was an observational study, and as such, cannot establish cause.

The researchers point to some other limitations. For example, lifestyles were self-reported, possibly leading to measurement error, and the estimates provided in this study should not be generalized to other populations without additional research and validation. However, the researchers conclude, “This investigation suggests that a prolonged life expectancy owing to a healthy lifestyle is not accompanied by an increased number of years living with Alzheimer’s dementia.”

In a linked editorial, a University of Michigan researcher highlights the study’s “important implications for the well-being of aging populations and for related public health policies and programs.”

She argues that the development and implementation of intervention programs to reduce the risk of Alzheimer’s disease and other dementias is critically important in global efforts to reduce pressure on stressed healthcare systems, healthcare workers, and both paid and unpaid caregivers.