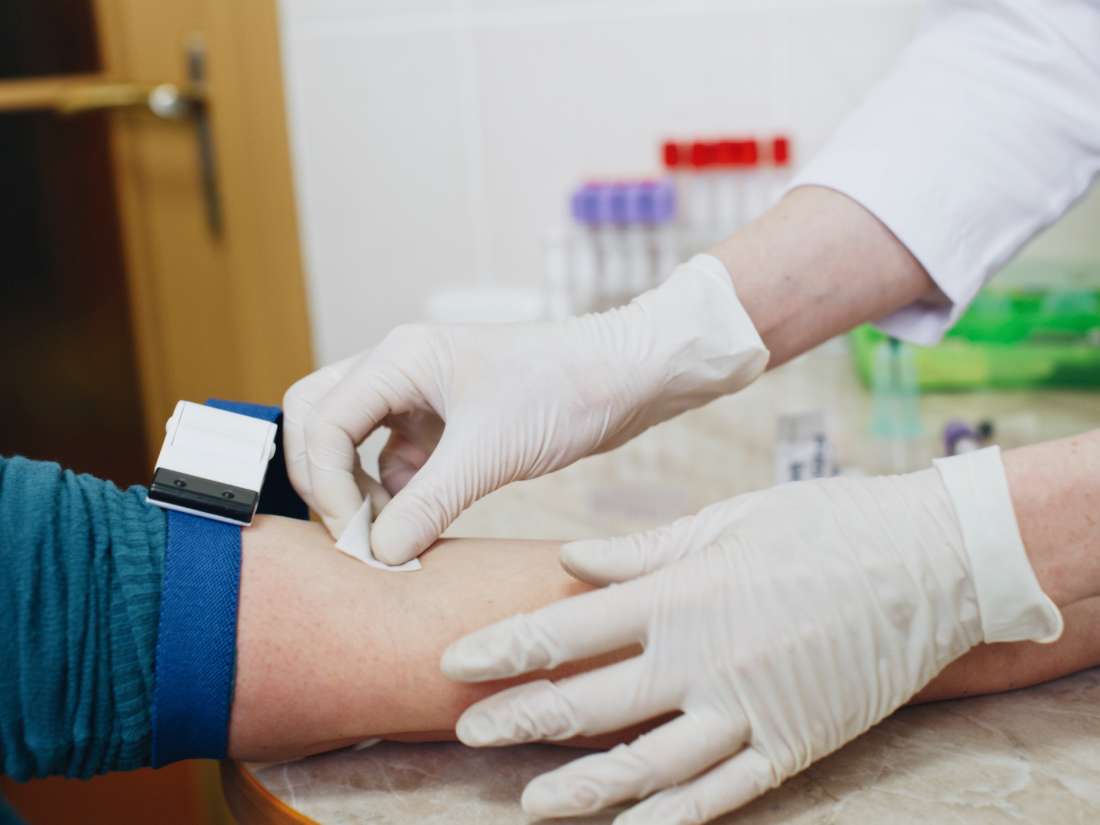 According to the Alzheimer’s Association, the condition will affect an estimated 5.7 million people in the United States by 2050.

Despite this, there are few ways of accurately diagnosing Alzheimer’s disease early on.

These include MRI and CT scans, which help doctors rule out other conditions that might cause similar symptoms.

Another way of diagnosing Alzheimer’s is by collecting cerebrospinal fluid and looking for biomarkers of the disease. This is the most accurate test for this neurodegenerative condition, but it is costly and invasive.

For all these reasons, researchers from Brigham and Women’s Hospital in Boston, MA, have been developing a blood test for Alzheimer’s that aims to be accurate, more cost-effective, and less unpleasant.

In the study paper, which appears in the journal Alzheimer’s & Dementia, the researchers explain that the test may be able to detect biomarkers of Alzheimer’s disease before the appearance of obvious symptoms.

Test may be ‘a transformative breakthrough’

One mark of Alzheimer’s and other types of dementia in the brain is the formation of toxic plaques, some of which appear due to a buildup of tau proteins.

Tau proteins are made of related molecules with somewhat different properties. In the new study, the researchers started by devising a method to identify the specific subset of tau molecules that appear at high levels in Alzheimer’s disease.

One group of samples came from volunteers enrolled in the Harvard Aging Brain Study, and some who had participated in research at the Institute of Neurology in London, United Kingdom.

The second group came from volunteers recruited by specialists at the Shiley-Marcos Alzheimer’s Disease Research Center at the University of California, San Diego.

The team assessed five tests for tau molecules, looking to see which would be most effective. In the end, the scientists settled on a test that they called “the NT1 assay,” which demonstrated both sensitivity and specificity, meaning that it was able to accurately detect Alzheimer’s.

“A blood test for Alzheimer’s disease,” claims study author Dominic Walsh, “could be administered easily and repeatedly, with patients going to their primary care office rather than having to go into [the] hospital.”

“Ultimately, a blood-based test could replace cerebrospinal fluid testing and/or brain imaging,” he suggests, adding, “Our new test has the potential to do just that.”

“Our test will need further validation in many more people, but if it performs as in the initial two cohorts, it would be a transformative breakthrough.”

The researchers stress that while they verified the test in blood samples from two different cohorts, they will need to conduct further trials with larger groups of participants to fully establish the effectiveness of the test.

Also, they now aim to learn more about how tau protein levels change as the condition progresses, compared with their levels before Alzheimer’s symptoms set in.

“We’ve made our data and the tools needed to perform our test widely available because we want other research groups to put this to test. It’s important for others to validate our findings so that we can be certain this test will work across different populations,” notes Walsh.