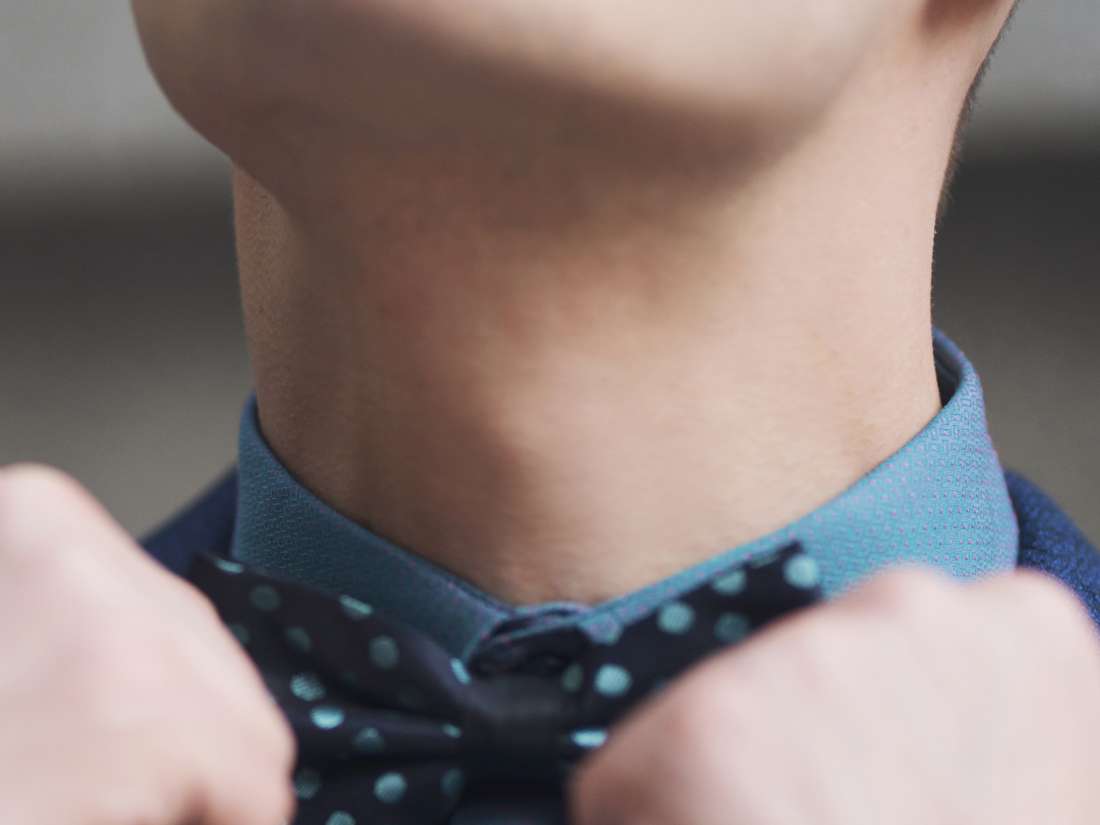 Adam’s apples develop during puberty and are not present in prepubescent children.

They are often more prominent in males, who tend to develop larger larynxes than females. As the larynx grows behind the Adam’s apple, it pushes the lump of cartilage outward.

The size of the Adam’s apple varies. Here, we describe what an Adam’s apple is, why it develops, and options for removal or reduction.

What is an Adam’s apple?

The Adam’s apple, also known as the laryngeal prominence, is made of cartilage. This is a connective tissue present throughout the body.

Cartilage is strong, but softer and more flexible than bone, and it makes up several other areas of the neck.

The Adam’s apple develops during puberty. It grows around the front of the larynx, just above the thyroid. It is usually more prominent in males.

Both males and females develop Adam’s apples, but they tend to stick out more in males than in females.

This is because the male larynx generally grows bigger and faster during puberty.

A larger larynx explains why males tend to have deeper and louder voices than females.

It is important to remember, however, that this is not always the case.

Hormonal differences affect the way that the larynx, and Adam’s apple, develop. As a result of these differences, a male may have a smaller larynx and a voice with a higher pitch.

For the same reason, a female may have a larger larynx, a more prominent Adam’s apple, and a voice with a lower pitch.

The Adam’s apple does not serve any medically relevant function, and the size does not relate to any health condition.

However, some conditions can cause swelling in the larynx or growth in surrounding areas.

This can cause the Adam’s apple to appear larger than usual.

Examples of these conditions include:

Treatment for a large Adam’s apple varies, depending on the cause. It may involve medications such as antibiotics or corticosteroids.

If a person has cancer, treatment may involve surgery, radiation therapy, or chemotherapy.

The Adam’s apple is a growth that protrudes from the thyroid cartilage. The size depends on how large the larynx grows, but Adam’s apples are typically bigger in males.

A change in the size of a surrounding area can make the Adam’s apple appear larger, and this can indicate a more serious underlying condition.

The Adam’s apple itself does not impact health, but some people choose to change the size through surgery.