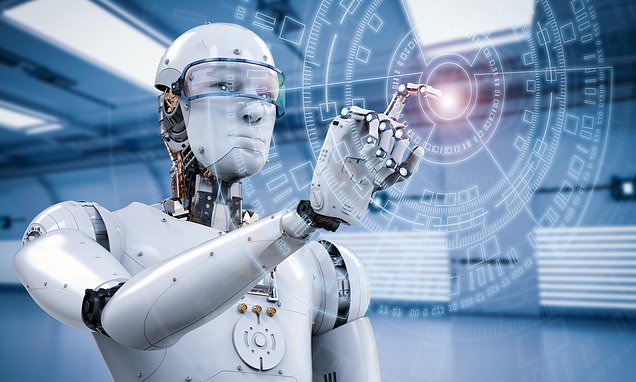 AI may be able to predict when patients battling chronic diseases will die, research suggests.

Scientists and doctors used data from half a million people to develop the tool that foresees who is at risk of an early death.

It takes into account everything from a patient’s family history of disease and how much salt they eat, to medication use and whether they wear sunscreen.

Researchers said the AI system was ‘very accurate’ in tests and around 10 per cent more reliable than estimations by existing machine-learning systems. 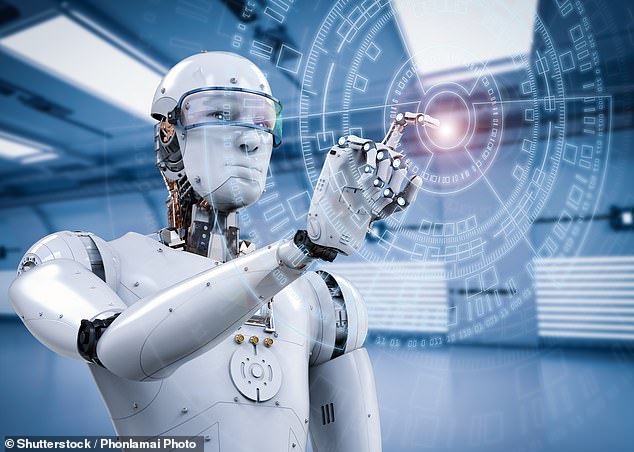 The research was carried out by the University of Nottingham and led by Dr Stephen Weng, an assistant professor of epidemiology and data science.

‘Preventative healthcare is a growing priority in the fight against serious diseases,’ Dr Weng said.

‘So we have been working for a number of years to improve the accuracy of computerised health risk assessment in the general population.

‘Most applications focus on a single disease area but predicting death due to several different disease outcomes is highly complex, especially given environmental and individual factors that may affect them.

‘We have taken a major step forward in this field by developing a unique and holistic approach to predicting a person’s risk of premature death by machine-learning.’

It took into account 60 health predictors, including the participants’ BMI, blood pressure and vitamin or supplement use.

Doctors then need to quickly identify the device the patient is fitted with before starting treatment, which may involve changing its settings or replacing leads.

In the study, researchers – from Imperial College London – ‘trained’ an AI model to identify more than 1,600 different pacemakers.

When an X-ray image was uploaded, the model could decipher its make and model within seconds.

Results revealed the AI model was 99 per cent accurate, compared to 72 per cent for existing methods, which involves deciphering a pacemaker’s make via a flow chart.

The model was then compared against two standard machine-learning techniques.

Results – published in the journal PLOS ONE – suggest the new AI model was up to 10.1 per cent more accurate than existing networks.

Study author Professor Joe Kai, head of primary care at the faculty of medicine & health sciences, added: ‘There is intense interest in the potential to use “AI” or “machine learning” to better predict health outcomes.

‘In some situations we may find it helps, in others it may not.

‘In this particular case, we have shown that with careful tuning, these algorithms can usefully improve prediction.

‘These techniques can be new to many in health research and difficult to follow.

‘We believe by clearly reporting these methods in a transparent way, this could help with scientific verification and future development of this exciting field for healthcare.’

The latest study builds on past research by the University of Nottingham that suggested four different AI algorithms were significantly better at predicting heart disease than an established one used in cardiology guidelines.

The scientists predict AI will play a vital role in the development of personalised medicine.

But, they add, further research is required into machine learning’s effectiveness in other population groups, as well as how to incorporate AI into everyday healthcare.

HOW DOES ARTIFICIAL INTELLIGENCE LEARN?

AI systems rely on artificial neural networks (ANNs), which try to simulate the way the brain works in order to learn.

ANNs can be trained to recognise patterns in information – including speech, text data, or visual images – and are the basis for a large number of the developments in AI over recent years.

Conventional AI uses input to ‘teach’ an algorithm about a particular subject by feeding it massive amounts of information.

AI systems rely on artificial neural networks (ANNs), which try to simulate the way the brain works in order to learn. ANNs can be trained to recognise patterns in information – including speech, text data, or visual images

The process of inputting this data can be extremely time consuming, and is limited to one type of knowledge.

A new breed of ANNs called Adversarial Neural Networks pits the wits of two AI bots against each other, which allows them to learn from each other.

This approach is designed to speed up the process of learning, as well as refining the output created by AI systems.