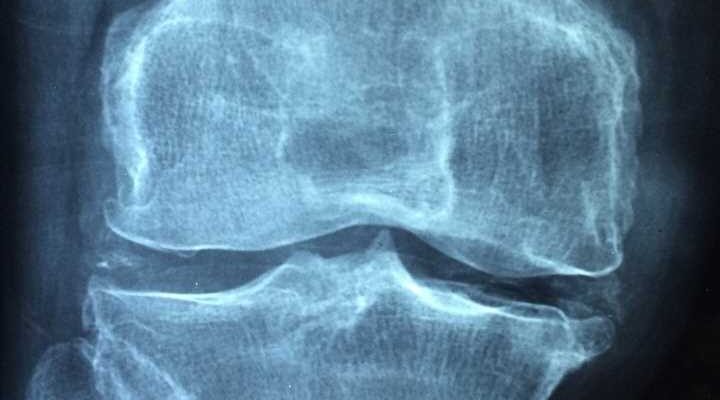 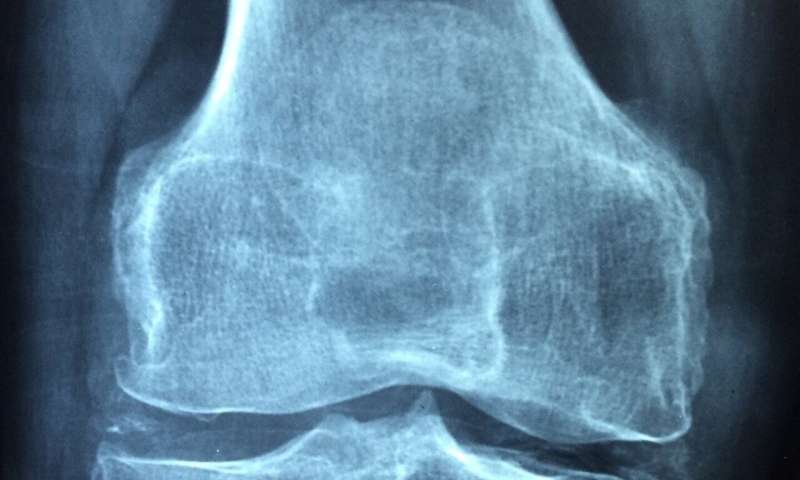 Researchers at The University of Toledo have developed an experimental vaccine that shows significant promise in preventing rheumatoid arthritis, a painful autoimmune disease that cannot currently be cured.

The findings, detailed in a paper published in the journal Proceedings of the National Academy of Sciences, represent a major breakthrough in the study of rheumatoid arthritis and autoimmune diseases in general.

One of the most common autoimmune diseases, rheumatoid arthritis occurs when the body’s immune system attacks and breaks down healthy tissue—most notably the lining of joints in the hands, wrists, ankles and knees.

Some estimates suggest rheumatoid arthritis affects as much as 1% of the global population.

“In spite of its high prevalence, there is no cure and we don’t entirely know what brings it on. This is true of nearly all autoimmune diseases, which makes treating or preventing them so difficult,” said Dr. Ritu Chakravarti, an assistant professor in the UToledo College of Medicine and Life Sciences and the paper’s lead author. “If we can successfully get this vaccine into the clinic, it would be revolutionary.”

Chakravarti has for years studied a protein called 14-3-3 zeta and its role in immune pathologies, including aortic aneurysms and interleukin-17—a cytokine associated with autoimmune diseases. Based on their prior work, the research group was focused on the protein as a potential trigger for rheumatoid arthritis.

Instead, they found the opposite.

They found the vaccine promoted a strong and immediate—but long-lasting—response from the body’s innate immune system, providing protection against the disease.

“Much to our happy surprise, the rheumatoid arthritis totally disappeared in animals that received a vaccine,” Chakravarti said. “Sometimes there is no better way than serendipity. We happened to hit a wrong result, but it turned out to be the best result. Those kinds of scientific discoveries are very important in this field.”

In addition to suppressing the development of arthritis, the vaccine also significantly improved bone quality—a finding that suggests there should be long-term benefits following immunization.

While those therapeutics can alleviate pain and slow the progression of the disease, they also can make patients more vulnerable to infection and, in the case of biologics, can be costly.

“We have not made any really big discoveries toward treating or preventing rheumatoid arthritis in many years,” Chakravarti said. “Our approach is completely different. This is a vaccine-based strategy based on a novel target that we hope can treat or prevent rheumatoid arthritis. The potential here is huge.”