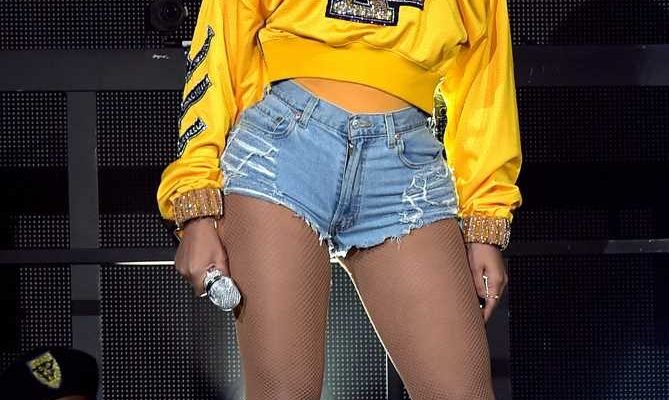 Beyoncé announced ahead of her 2018 Coachella performance that she was going vegan once again, but she’s revealing now that she went even further, ditching all sugar and alcohol to meet her postpartum weight loss goals.

The superstar singer had initially planned to take the Coachella stage in 2017, but then she “unexpectedly” became pregnant with twins Rumi and Sir, now 22 months old, and had to wait a year. So as she prepped for her headlining performance in April 2018, Beyoncé, who said she hit 218 lbs. the day the twins were born, was determined to lose some of the baby weight.

But after “an extremely difficult pregnancy” that required an emergency C-section, Beyoncé said her body struggled at first.

Beyoncé had trouble both physically and mentally.

“In the beginning it was so many muscle spasms,” she said. “Just internally, my body was not connected — my mind was not there. My mind wanted to be with my children.”

Along with lengthy workouts and rehearsals, Beyoncé put herself on a strict diet.

“In order for me to meet my goal, I’m limiting myself to no bread, no carbs, no sugar, no dairy, no meat, no fish, no alcohol,” she said. “And I’m hungry!”

And Beyoncé eventually celebrated hitting one of her goals — fitting in her old costumes for the show.

“Okay this is seriously a huge accomplishment because I did not think I’d ever get back in my old costume, and I’m actually in it and I can still move,” she said. “I still have a ways to go, but this makes me feel good because I’ve been sacrificing and working hard. Huge, huge, huge accomplishment. Yay!”

Her performance was an unquestionable success, but looking back, Beyoncé said that she went a little too far in her preparation.

“Just trying to figure out how to balance being a mother of a 6-year-old and of twins that need me — and giving myself creatively and physically, it was a lot to juggle,” she said. “It’s not like before when I could rehearse for 15 hours straight. I have children. I have a husband. I have to take care of my body. I definitely pushed myself further than I knew I could. And I learned a very valuable lesson. I will never, never push myself that far again.”