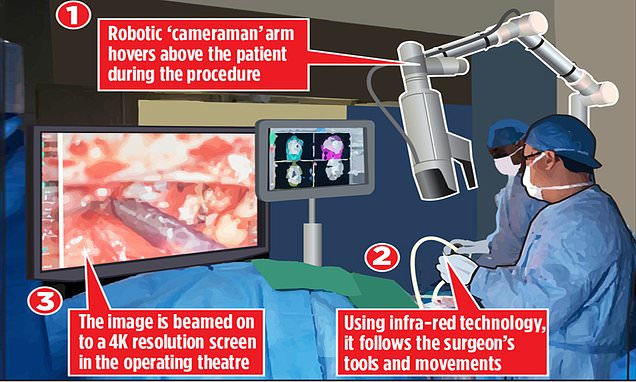 Brain surgeons are being given ‘HD-TV’ vision as they carry out intricate procedures inside the skull – thanks to a new robotic ‘cameraman’ that sits beside them in the operating theatre, filming their every move.

The state-of-the-art device features a camera on the end of an articulated arm. It uses infra-red tracking technology and automatically changes position as the surgeon moves, to give the best possible view. The images are then beamed on to a 55in 4K resolution screen, so that everyone in the theatre can see what is going on.

The robot has already helped medics at The Royal London Hospital repair a blood vessel in the brain of a 57-year-old patient which was at risk of bursting and could have proved fatal. Hasibe Behjet, from Hackney, East London, became the first person in the UK to undergo the operation using the ground-breaking device last month. 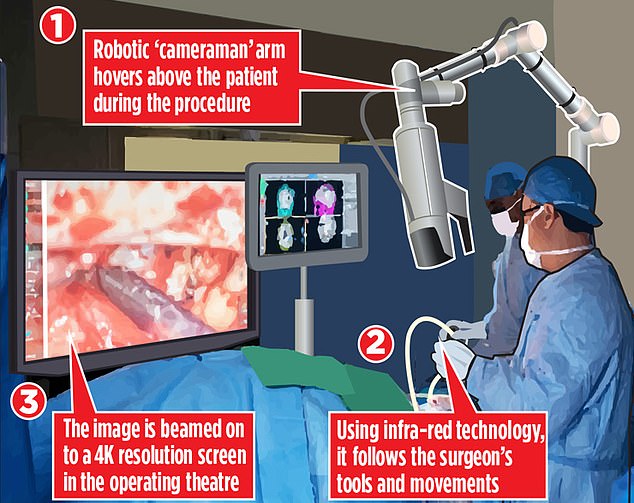 The state-of-the-art device features a camera on the end of an articulated arm (section one). It uses infra-red tracking technology and automatically changes position as the surgeon moves, to give the best possible view (section two). The images are then beamed on to a 55in 4K resolution screen (section three), so that everyone in the theatre can see what is going on

Neurosurgeon Christopher Uff said the new technology made the intricate procedure safer and more accurate. ‘She recovered remarkably well,’ he added. ‘She jumped out of bed early the next day, ran up to me and hugged me – and went home after three days.’

Brain aneurysms are relatively common, affecting an estimated one in 30 people. They are caused by a weakness in the wall of a blood vessel which makes it bulge like a balloon. It is unclear why this happens, but people with a history of smoking and high blood pressure are at a heightened risk of developing one.

Aneurysms are usually small and completely harmless. However, if one grows bigger, it is more likely to rupture and bleed inside the skull – a life-threatening condition called a subarachnoid haemorrhage. About half of patients who suffer this will die and only one in six of those who survive will regain their previous health.

Surgery, which involves clipping the artery on which the bulge has formed, can offer a lifeline to some people with a high-risk brain aneurysm. If the blood cannot enter the aneurysm, then it cannot rupture and bleed into the brain.

Brain aneurysms are commonly located in the base of the skull, and surgeons must act carefully to avoid touching the brain.

The two-hour operation is carried out under a general anaesthetic. A small incision is made in the hairline, exposing an area of the skull on the top of the head. Surgeons then use a drill and other tools to create a small ‘trap door’ in the bone, through which they are able to access the brain – and find and clip the affected arteries. 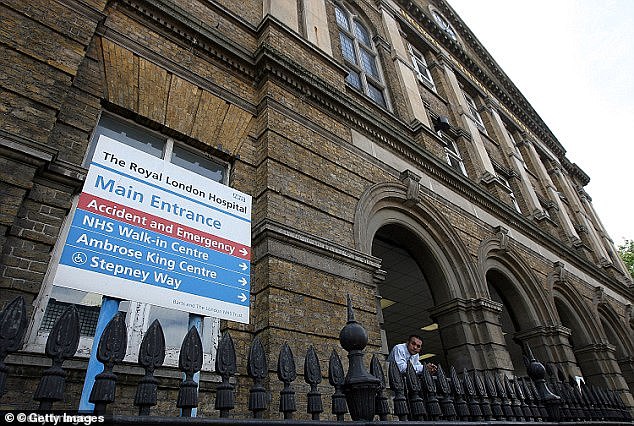 Mr Uff and his team at The Royal London were the first in Europe to use a new robot called Modus V to carry out the procedure.

Previously, in order to see in enough detail to carry out the intricate movements, surgeons had to peer through a microscope as they operated. ‘But this often meant getting into exceptionally uncomfortable positions,’ explained Mr Uff.

Medics assisting the operation would only be able to watch images beamed from the microscope on to a small, low-resolution screen. But with the Modus V, the camera hovers on the robotic arm above the surgeon. It tracks special markers on the surgical instruments, and automatically moves to give the best possible view of the brain.

The HD images are projected on to the large screen, making it easier for the whole team to react if something goes wrong.

‘We were able to see some angles of the brain that I have never seen before,’ added Mr Uff.

‘The improved image quality is like the difference between using binoculars and watching a wide-screen HD-TV.’

He hopes to use the robot to carry out the procedure on more patients.

Ms Behjet, who is still recovering at home from her operation, said: ‘It was wonderful to be the first person to benefit from this new equipment. Mr Uff and his team were really lovely and explained everything so clearly.’

Try this: How to get more mobile hips with a banister squat

Over the past few weeks we’ve looked at different types of squat exercises and how they can boost strength, stability and mobility.

This week, the focus is on the hips. Do the following exercise once every day as part of a ten-to-15-minute stretching routine and you’ll soon be feeling more agile. 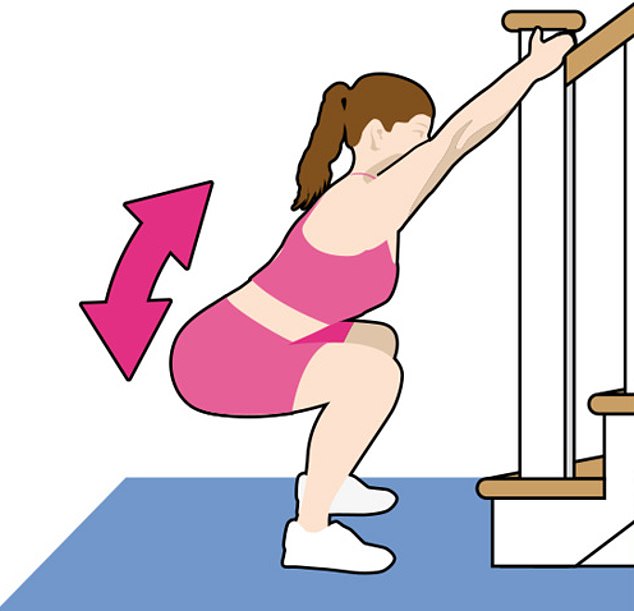