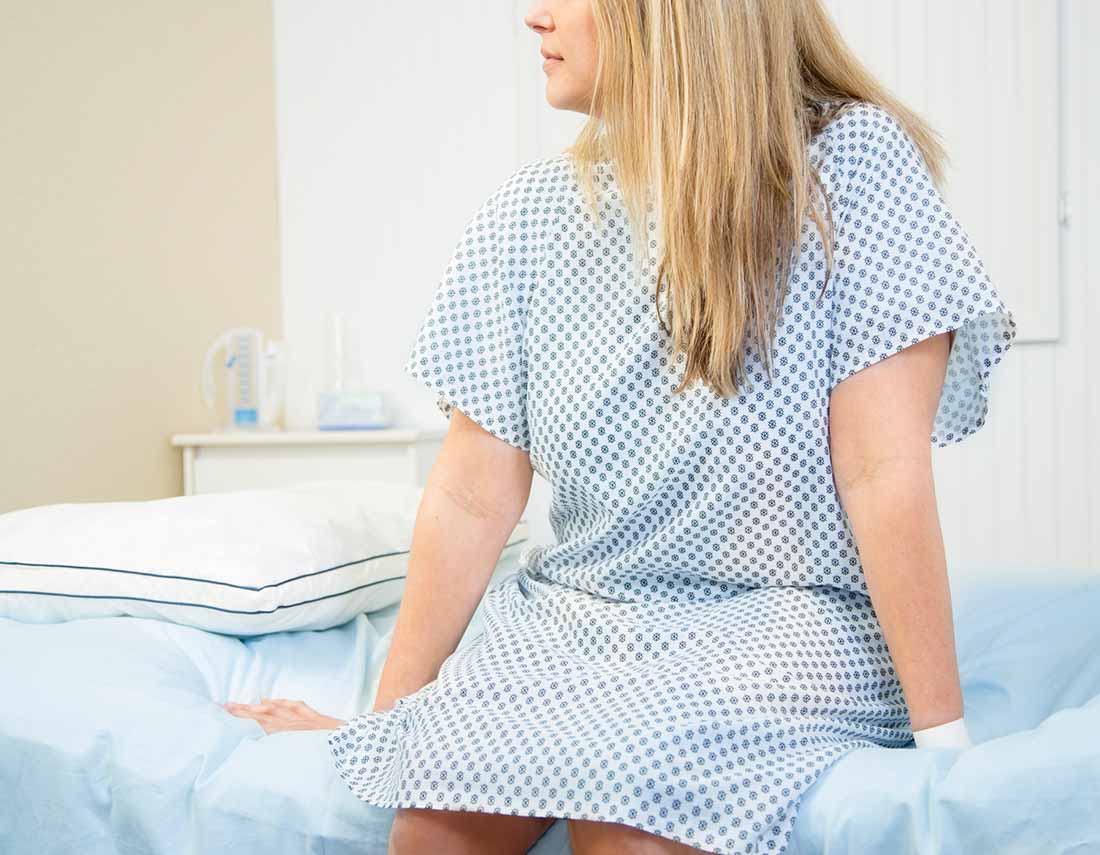 Advances in screening and treatment have improved survival rates dramatically since 1989. There are around 3.1 million breast cancer survivors in the United States (U.S.). The chance of any woman dying from breast cancer is around 1 in 37, or 2.7 percent.

Awareness of the symptoms and the need for screening are important ways of reducing the risk.

Here are some key points about breast cancer. More detail is in the main article.

The first symptoms of breast cancer are usually an area of thickened tissue in the breast, or a lump in the breast or in an armpit.

Most lumps are not cancerous, but women should have them checked by a health care professional.

Cancer is staged according to the size of the tumor and whether it has spread to lymph nodes or other parts of the body.

There are different ways of staging breast cancer. One way is from stage 0 to 4, but these may be broken down into smaller stages.

Stage 0: Known as ductal carcinoma in situ (DCIS), the cells are limited to within a duct and have not invaded surrounding tissues.

Stage 1: At the beginning of this stage, the tumor is up to 2 centimeters (cm) across and it has not affected any lymph nodes.

Stage 2: The tumor is 2 cm across and it has started to spread to nearby nodes.

Stage 3: The tumor is up to 5 cm across and it may have spread to some lymph nodes.

Stage 4: The cancer has spread to distant organs, especially the bones, liver, brain, or lungs.

The main options include:

Factors affecting the choice will include the stage of the cancer, other medical conditions, and individual preference.

If surgery is needed, the choice will depend on the diagnosis and the individual.

Lumpectomy: Removing the tumor and a small margin of healthy tissue around it can help prevent the spread of the cancer. This may be an option if the tumor is small and likely to be easy to separate from the surrounding tissue.

Mastectomy: Simple mastectomy involves removing the lobules, ducts, fatty tissue, nipple, areola, and some skin. Radical mastectomy removes muscle from the chest wall and the lymph nodes in the armpit as well.

Sentinel node biopsy: Removing one lymph node can stop the cancer spreading, because if breast cancer reaches a lymph node, it can spread further through the lymphatic system into other parts of the body.

Axillary lymph node dissection: If there are cancer cells on a node called the sentinel node, the surgeon may recommend removing several nymph nodes in the armpit to prevent the spread of disease.

Reconstruction: Following breast surgery, reconstruction can recreate the breast so that it looks similar to the other breast. This can be done at the same time as a mastectomy, or at a later date. The surgeon may use a breast implant, or tissue from another part of the patient’s body.

Controlled doses of radiation are targeted at the tumor to destroy the cancer cells. Used from around a month after surgery, along with chemotherapy, it can kill any remaining cancer cells.

Each session lasts a few minutes, and the patient may need three to five sessions per week for 3 to 6 weeks, depending on the aim and the extent of the cancer.

The type of breast cancer will dictate what type of radiation therapy, if any, is most suitable.

Medications known as cytotoxic drugs may be used to kill cancer cells, if there is a high risk of recurrence or spread. This is called adjuvant chemotherapy.

If the tumor is large, chemotherapy may be administered before surgery to shrink the tumor and make its removal easier. This is called neo-adjuvant chemotherapy.

Chemotherapy can also treat cancer that has metastasized, or spread to other parts of the body, and it can reduce some symptoms, especially in the later stages.

It may be used to reduce estrogen production, as estrogen can encourage the growth of some breast cancers.

Adverse effects include nausea, vomiting, loss of appetite, fatigue, sore mouth, hair loss, and a slightly higher susceptibility to infections. Medications can help control many of these.

Hormone blocking therapy is normally used after surgery, but it may sometimes be used beforehand to shrink the tumor.

It may be the only option for patients who cannot undergo surgery, chemotherapy, or radiotherapy.

The effects normally last for up to 5 years after surgery. The treatment will have no effect on cancers that are not sensitive to hormones.

Treatments for breast and other cancers can have severe adverse effects.

The patient should discuss with a doctor the risks involved and ways to minimize the negative effects, when deciding on treatment.

With treatment, a woman who receives a diagnosis of stage 0 or stage 1 breast cancer has an almost almost 100 percent chance of surviving for at least 5 years.

If the diagnosis is made at stage 4, the chance of surviving another 5 years is around 22 percent.

Regular checks and screening can help detect symptoms early. Women should discuss their options with a doctor.

There is no sure way to prevent breast cancer, but some lifestyle decisions can significantly reduce the risk of breast and other types of cancer.

Women should think carefully about their options for breast-feeding and the use of HRT following menopause, as these can affect the risk.

Preventive surgery is an option for women at high risk.