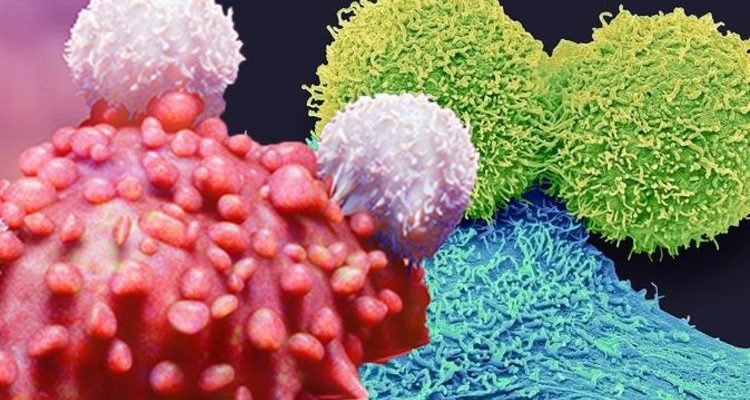 The decoy molecules trick certain proteins into binding with them, instead of binding to molecules which promote cancer cell growth. These proteins, known as RNA-binding proteins, have been found to play a major role in cancer growth. This is because they bind to RNA molecules, which accelerates the growth of cancer cells. But the newly-designed decoy molecules will trick the RNA-binding proteins into binding with them instead.

Our technology is a new approach in the war on cancer

Once bound, the RNA-binding proteins are no longer able to bind with the RNA molecules in cancer cells, thereby losing their cancer-promoting activity.

“Our technology is a new approach in the war on cancer,” said Professor Rotem Karni, who led the research with his team at the HU Institute for Medical Research-Israel Canada (IMRIC).

“By understanding the biological function of RNA-binding proteins we successfully designed decoy molecules that inhibit these proteins and move us ever closer to creating an anti-cancer drug.”

Professor Karni and his team developed several decoy molecules to inhibit the RNA-binding proteins that speed up brain and breast cancer growth.

The decoys were tested on brain cancer cells which were then injected into healthy mice. The cancer cells did not replicate and the tumours died off soon after.

According to Professor Karni, the technology should enable scientists to tailor-make decoys for other types of cancer too.

“We still need to examine the toxicity of the decoy molecules and test their efficacy on animals before we can move on to humans,” said Professor Karni.

“However, I’m optimistic, given that we’ve already succeeded at creating decoy oligonucleotides that inhibit RNA-binding proteins in other kinds of cancers.”

According to the Hebrew University of Jerusalem, no current cancer treatment targets the RNA-binding proteins.

Two of the most common types of cancer treatment currently used are chemotherapy and radiotherapy.

Cancer symptoms: Early warning signs of the most common types of cancer.

Chemotherapy is a type of drug treatment that works by killing cancer cells.

It circulates throughout the body in the bloodstream, allowing it to treat cancer cells almost anywhere in the body.

However, this means it also affects healthy body tissues, which is what leads to side effects such as hair loss.

Radiotherapy refers to the use of radiation, usually x-rays, to destroy cancer cells.

It does this by damaging the DNA of cancer cells in the affected areas of the body.

However, like chemotherapy, radiotherapy also affects normal cells, leading to side effects such as sore skin and tiredness.