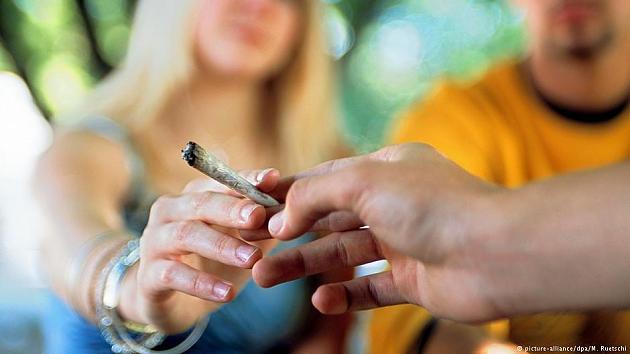 “Grey cells” in the people’s mouth as something Good: an expression of the thinking ability and intelligence. But not always it needs to be healthy, if the amount of the so-called Gray substance (GS) is increasing in the brain.

This happens namely in the case of growing teenagers, the pot – even if you only do it rarely. A team of researchers from the USA, the UK, Germany and Austria, this is the discovery on the 14. January 2018 in the Journal of Neuroscience published.

The Team of Catherine Orr from the Department of psychiatry and psychology at the American University of Vermont found that already a very low Cannabis consumption causes in adolescents measurable changes in the brain. Until the end of puberty the brain is still in the growth phase and is therefore particularly sensitive to the active ingredient Tetra hydro cannabiol (THC), triggers when you smoke Weed intoxication.

Subjects had only once or twice smoke weed

The researchers compared the brain scans of 92 teenagers at the age of 14 years. Half of the subjects had already had experience with marijuana or hashish, and the other half.

The scientists used the so-called “voxel based morphometry”. That is to say: they used images from a magnetic resonance imaging (MRI) to measure certain parameters in the brain quantitatively.

It was found that the Gray matter was grown in those who had only smoked pot like once or twice, in volume, in the Hippocampus and in the cerebellum. These areas bring neurologists usually with the Endocannabinoid System. So this is the area of the signal system, the the active ingredients of the Cannabis scheduling.

Grey matter – the centre of our nervous system

As a Gray substance by medical experts to denote in particular the nerve cell body and core areas of the Central nervous system. The White substance is, however, especially from the pathways for the Transmission of the information. The nerve fibers and nerve cell processes.

The color designation of the different areas of the nerve cells is, therefore, that the respective materials discolor gray or white, if they are placed in Formalin. The solution is used for disinfection and preservation of protein-containing biological preparations.

Whether the increase in Gray matter is now seen as useful or more harmful, the researchers wanted to do not set. In any case, caution in the Interpretation of the data was appropriate. Is Among the Cannabis Users Adolescent to observe Doctors, an increased number of anxiety disorders.

Between 30 and 40 percent of adolescents in industrial countries such as Germany and the United States before the end of the middle school’s first experience with Cannabis.

The doctors assume that this has long-term effects on the nervous system. However, there are few studies on adolescents that consume only sporadically Cannabis. The majority of scientific studies deal with adults who have used over many years, Cannabis intensively.

*The contribution of “the first Joint alters the brain of young people” is from Deutsche Welle. There is no editorial review by FOCUS Online. Contact with the executives here.