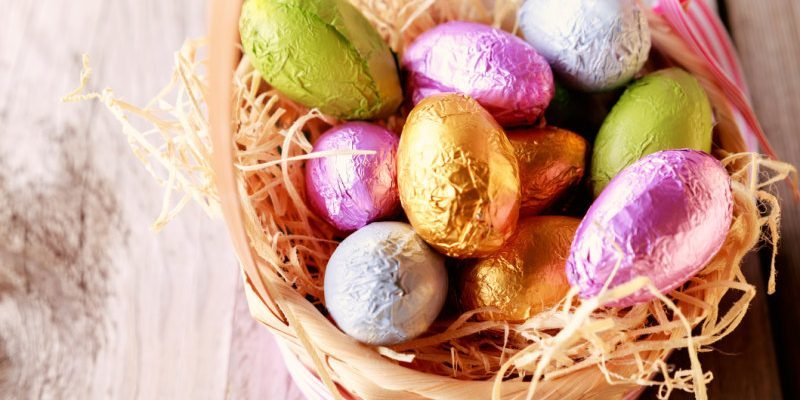 When I was five, and just had just started kindergarten, my father sent me to school with money for the canteen. The trouble was, he sent me with the only bank note in his wallet.

It was about 20 times more cash than was required. I didn't understand change would be expected, so I instead took it upon myself to educate my fellow classmates about the benefits of Keynesian fiscal policy (read: become the most popular kid in kindy). Many cans of Coca Cola were handed out as part of my tuckshop stimulus package.

This anecdote is pretty irrelevant to the headline you just clicked on, but for one small detail: there were cans of Coke for sale at my primary school canteen. 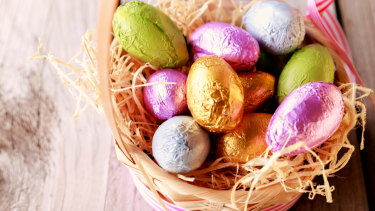 If you weren’t forced to eat carob as a child, it can be difficult to understand the aversion.Credit:Shutterstock

So you can imagine that, as a child, I was never subjected to a "carob bud".

There's dairy-free chocolate, sugar-free chocolate, cacao before its fourth and fifth letters are rotated into a more delicious positioning … and there there is carob, the definitely not-chocolate which has disappointed many a child since it first started appearing in health food stores and school canteens in the 1970s.

In a stellar 2018 New York Times article, food writer Jonathan Kauffman details how carob "traumatised a generation", terming it the "chocolate subsititute that never could".

Myffy Rigby, editor of the Good Food Guide, was first exposed to the stuff growing up in Byron Bay in the "heady, carob-loving 1980s".

"At the Byron Public canteen, there were carob dipped bananas, carob buds and carob koalas," she recalls. "The trick was to order the peppermint ones to hide the taste of the carob. At sports carnivals and away games, the Byron kids would go feral, because every other school in the area had fizzy drink and proper ice creams."

I came to carob with none of this baggage, first tasting the product of tree pods a week ago, when a packet of carob eggs appeared near my desk.

My colleagues were disgusted by the eggs' mere presence. But, with a 3pm craving to satisfy, I leant in.

And this is the hill I will die on: carob tastes good.

Carob has a pleasant, nutty flavour. It's not chocolate, sure, but, with the gagging sounds made by those who first had carob as children sitting around me, I was genuinely expecting to have popped a foil-wrapped piece of dung in my mouth.

Kauffman notes in his article that the few "carob defenders" he knows were not exposed to it until adulthood.

Because, like a musician with an unearthed problematic tweet, many struggle to divorce carob from its politics.

Carob has disappointed many a child since it first started appearing in health food stores and school canteens in the 1970s.

When I told Rigby I had tried carob for the first time and thought it was nice, she said I was insane. But, ultimately, she believes her distaste for carob is "deeper than the fact it's not delicious".

"I think it speaks to a denial of what most kids would think of as a basic human necessity: the right to chocolate."

And this is what those whose who grew up with carob appear to feel the most betrayed by: they were promised healthy chocolate. But, it didn't taste like chocolate. And, we've since realised, it probably isn't even that healthy.

As nutritionist Zoe Bingley Pullin explains, whether carob or cocoa-based eggs are better for you really depends on how they are made: cocoa powder has slightly more kilojoules, significantly more protein and fat and significantly less carbs and sugar compared to carob powder.

"If you compare carob Easter eggs to chocolate Easter eggs, generally, carob eggs have more kilojoules and more fat but less carbs and sugar compared to chocolate eggs," Bingley Pullin says. "The reason for less sugar is because carob is naturally sweeter so less or nil sugar is added."

Dietitian Chloe McLeod agrees the initial pitch that carob was much healthier than chocolate was misguided: carob is lower in antioxidants and has similar levels of B vitamins to cocoa, and carob bars often contain vegetable oils.

"Dark chocolate would be a better option than carob due to the presence of unidentifiable vegetable oils, compared to chocolate’s cocoa butter," she advises.

Despite this, I am happy to stand behind carob. While it experienced a cultural lull in the chocaholic '90s, carob is still kicking, and, with its vegan status, is possibly even on the up.

As for agonising over what your Easter eggs are made of, Bingley Pullin says, ultimately, it is just one day: eat what you think is yummy.

"The best thing you can do is compare your favourite products and make a decision based on personal preference, knowing that a small treat at Easter isn’t going to do harm."