The Centers for Disease Control and Prevention, Food and Drug Administration and state and local health agencies are investigating the origin of a rare, multi-state tuberculosis outbreak after more than 100 patients may have been infected during spinal surgery or fracture repairs this past spring.

The procedures used a bone repair product called FiberCel Fiber Viable Bone Matrix, a malleable bone putty developed by regenerative medicine company Aziyo Biologics which uses human cells and is used in a variety of orthopedic procedures, according to the Washington Post. 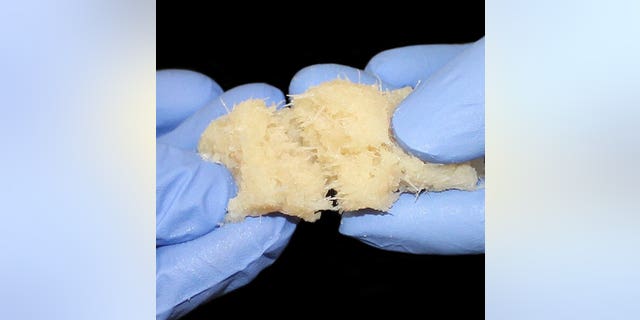 Aziyo issued a voluntary recall notice on June 2 of 154 units of FiberCel, all derived from a single donor, that were shipped to 37 facilities across 20 states, according to the CDC. The Post reported that a total of 113 patients received the recalled product, with eight patients dying after their procedures, though the cause of death is still being determined.

The CDC warned in a statement that patients who underwent spinal fusions or fracture repairs using the recalled lot of FiberCel are “likely to have been exposed to mycobacterium tuberculosis”, which can cause severe disease and death if untreated.

The agency is recommending that surgeons should work with their respective health department’s TB programs to immediately contact patients who underwent surgery using the recalled product. Patients should immediately begin drug treatment for TB disease, even if asymptomatic, in coordination with infectious disease and TB experts.

Meanwhile, hospitals and surgical centers should work to identify any healthcare personnel who may have been exposed to MTB during surgical procedures or during patient care and should report adverse effects in patients to the FDA’s MedWatch Adverse Event Reporting program.

Aziyo confirmed it is working with its exclusive distributor, Medtronic, as well as the FDA and the CDC to investigate the source of the infections. While the company said it has “no reason to believe any other units of FiberCel are affected by this situation,” sales of FiberCel have been suspended until further notice out of an abundance of caution.

“We are committed to a thorough, timely and transparent investigation into the root cause of these infections,” Aziyo Biologics president and chief executive officer Ron Lloyd said.

The CDC noted that all unused, impacted units have been sequestered as of June 10.

According to the Post, Delaware and Indiana have reported the most cases of TB. Indiana state health officials are investigating 30 individuals in 19 counties who received the bone repair product.

“All affected individuals have been notified, and appropriate public health actions have been taken,’ Indiana Department of Health spokeswoman Megan Wade-Taxter told the Post in a statement. “There is no risk to the public.”

In Delaware, 23 patients received the bone repair products, an anonymous source familiar with the investigation told the Post. In addition, Delaware Division of Public Health spokeswoman Mary S. Fenimore told the outlet that state health officials received notification in late May from a healthcare system about a cluster of patients who developed tuberculosis after surgery ‘involving a specific product.’

Richard Williams, a 74-year-old who tested positive for tuberculosis, filed a lawsuit this week seeking damages from Aziyo and Medtronic. Williams, a retired corrections officer, claims he contracted tuberculosis during a spinal fusion operation on April 13. at a ChristianaCare hospital that used the contaminated bone graft. The lawsuit states that after Aziyo’s voluntary recall was issued, Williams had a second surgery to remove the contaminated product and insert new bone five days later.

Medtronic and Aziyo did not immediately return Fox News’ request for comment.

The United States reported nearly 9,000 cases of tuberculosis in 2019. Up to 13 million people in the United States are estimated to be living with latent TB infection (LTBI), according to the CDC.

Other people may get sick years later when their immune system becomes weak for another reason. For people whose immune systems are weak, especially those with HIV infection, the risk of developing TB disease is much higher than for people with normal immune systems.

Symptoms can include a bad cough that lasts 3 weeks or longer, pain in the chest, coughing up blood, weakness or fatigue, weight loss, no appetite, chills, fever and sweating at night, according to the CDC.