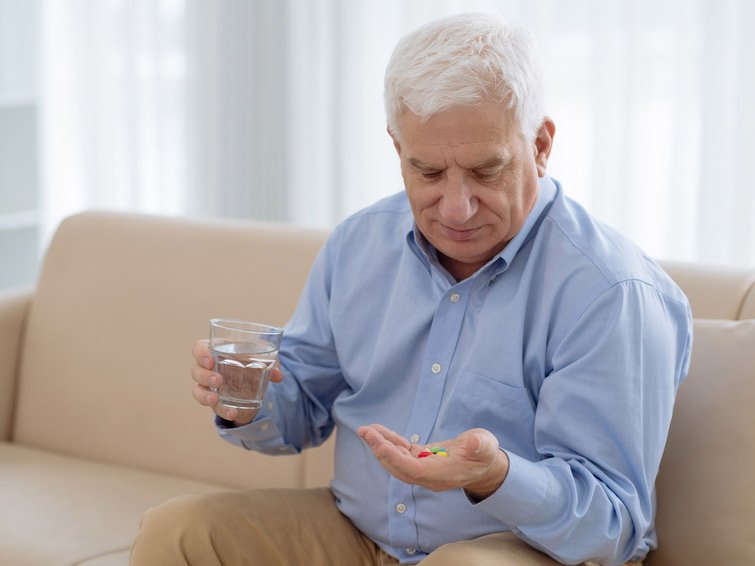 So-called statins can reduce the risk for later cardiovascular disease. A study by the University of Zurich (UZH) now shows that this measure is often recommended, because the current guidelines neglect the risk of side effects.

Even healthy people with no cardiovascular disease, often get cholesterol-lowering drugs prescribed, especially if you have certain risk factors. A recent study by the Institute for epidemiology, biostatistics and prevention the University of Zurich now shows, however, that statins for prevention are clearly recommended to often. Especially for seniors, the Benefit was overestimated apparently. "Finally, it is avoided only to a few people, a heart attack or a stroke. But all the people can potentially suffer side effects,” says Milo Puhan, Professor of epidemiology and Public Health at the University of Zurich. These can range from muscle pain cataracts to liver damage and Diabetes.

A recommendation for the intake of statins, calculate Doctors on the basis of risk factors such as cholesterol levels, Body Mass Index and Smoking, the risk of a Person is to suffer in the next ten years, a heart attack or stroke. Many medical policies, rates currently start from a risk of ten percent of the revenue. "These threshold values were, however, no systematic investigations festgelegt", Puan says. The wanted to change the Swiss researchers and gathered from the entire literature systematically all the data that documented the Benefits and the side effects of a preventative Statin-taking.

Based on this information, they calculated new threshold. For the age group of 70-75-Year-olds, they came to the conclusion that the preventive use is worthwhile from a risk of 21 percent. For 40-45-year-old men and women, the threshold of 14 per cent and 17 per cent a little lower. Furthermore, the researchers found that two of the four investigated Statin drugs, namely Atorvastatin and Rosuvastatin had a significantly better Balance of Benefits and harms, as Simvastatin and Pravastatin.

In view of these results, Puhan recommends that all affected persons, their personal risk for cardiovascular disease as well as possible side effects together with your in-house physicians to carefully weigh up before you decide for or against a preventive use of statins.