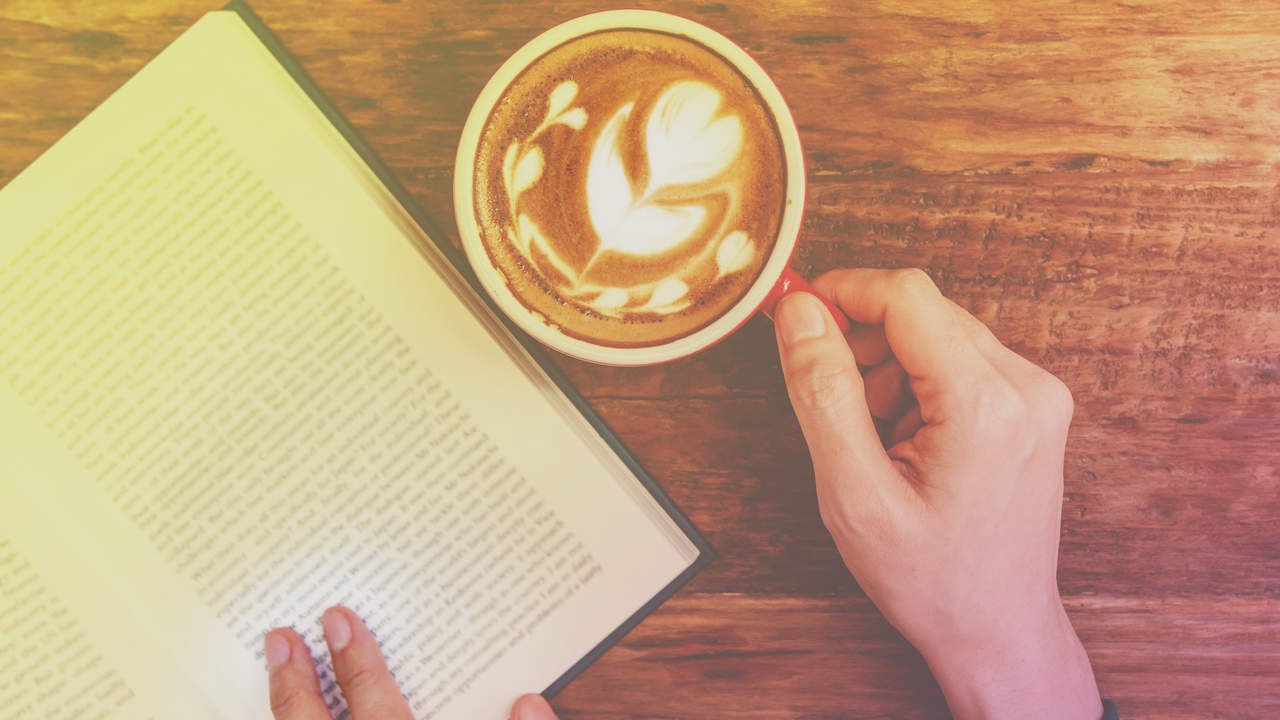 In addition to brightening our mornings and keeping us going all day long, coffee has been shown to have numerous health benefits: For one, its caffeine content is thought to improve alertness and memory in the short-term—but studies suggest that coffee may have long-term protective effects on the brain, as well.

Drinking coffee has previously been linked to a reduced risk of Alzheimer’s and Parkinson’s diseases, and now scientists say they may have an idea of why. It turns out that phenylindanes—chemical compounds that form during the brewing process—inhibit the growth of proteins associated with degenerative brain diseases. And the darker the roast, they say, the more of these protective compounds there are in every cup.

For the new study, published in Frontiers in Neuroscience, researchers at the Krembil Brain Institute in Toronto analyzed the chemical components of three different samples of Starbucks Via instant coffee: light roast, dark roast, and decaffeinated dark roast. Then they exposed extracts of each sample to two types of proteins—amyloid beta and tau—that are known to be hallmarks of Alzheimer’s and Parkinson’s. Studies have shown that as these conditions progress, these proteins tend to form clumps (known as amyloid plaques and tau protein tangles) in the brain.

All three coffee extracts prevented the “clumping” of these proteins, suggesting that something in America’s favorite morning brew may be protective against the progression of disease. And because the researchers noticed no difference in the effectiveness of the regular versus decaf brews, they determined that it’s likely not the caffeine that’s providing these benefits.

They did, however, notice more inhibitory effects from the two dark roasts compared to the light roast. This led the researchers to think about phenylindanes—compounds formed from the breakdown of acids during coffee roasting, which are largely responsible for coffee’s bitter taste.

Phenylindanes are found in higher concentrations in coffees with longer roasting times, such as dark roasts and espressos. They’ve been shown to display “surprisingly potent antioxidant activity,” the authors wrote in their paper, but their ability to interact with amyloid and tau proteins has not previously been reported.

In further lab studies, they found that a phenylindane mixture did indeed prevent disease-related protein clumping; in fact, it was the only compound studied that had an effect on both amyloid and tau proteins. For tau proteins, it displayed more potent levels of inhibition than any other compound investigated.

Given that both dark roast coffee extracts showed more potent levels of protein inhibition versus the light roast, the authors proposed that it’s the phenylindane component of coffee that’s “largely responsible” for this effect. (And good news for decaf drinkers: Because the decaffeinating process happens before the roasting process, the authors assume that it has no effect on phenylindane levels.)

That doesn’t necessarily mean that everyone should start drinking espresso or roasting their coffee beans extra dark, however. The research is still preliminary, according to lead author Donald Weaver, MD, co-director of the Krembil Brain Institute, and a lot is still unknown about how these compounds actually work in the human body. (Plus, other research has suggested that lighter roasts have higher levels of different beneficial compounds, so it may still be a toss-up for overall health.)

Weaver said in a press release that he hopes that this research leads to further study of phenylindanes, and possibly even to the development of drugs that could be used to treat neurodegenerative diseases. He also said it’s good to know that coffee has these naturally good-for-you properties, even if there’s not enough evidence to drink it solely for these reasons.

“What this study does is take the epidemiological evidence and try to refine it and to demonstrate that there are indeed components within coffee that are beneficial to warding off cognitive decline,” Weaver said. “It’s interesting, but are we suggesting that coffee is a cure? Absolutely not.”

Experts say that the best way to age-proof your brain is to follow a healthy diet, exercise regularly, and get plenty of sleep. And if it turns out that a daily cup of joe fits into that plan, too, we’re definitely all for it.