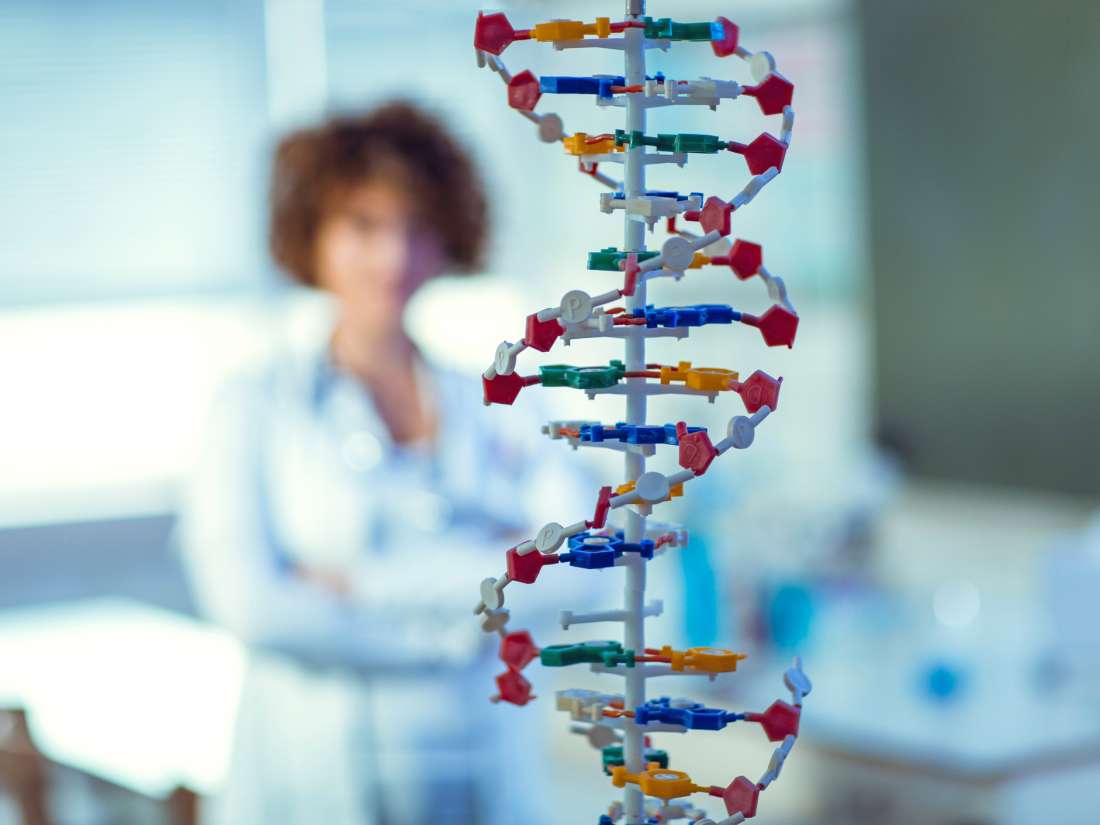 According to to the American Cancer Society (ACS), colorectal cancer is the third most common form of cancer and the third leading cause of cancer death among both men and women in the United States.

Up to 35 percent of colorectal cancer cases evolve from so-called serrated polyps. Polyps are growths found inside the colon, which may or may not develop into cancer.

Colorectal cancers that arise from serrated polyps are often more difficult to treat, so identifying serrated colon cancers early on is crucial for improving a person’s outlook.

New research, published in the journal Immunity, suggests that losing two specific genes drives serrated polyps. The findings may lead to new biomarkers for this type of cancer.

Jorge Moscat, Ph.D., a director and professor in the Cancer Metabolism and Signaling Networks Program at Sanford Burnham Prebys (SBP) Medical Discovery Institute in La Jolla, CA, is the senior author of the paper.

The findings also shed light on why people with inflammatory bowel disease (IBD) are at a higher risk of developing colon cancer. IBD refers to conditions characterized by chronic inflammation of the digestive tract, such as Crohn’s disease and ulcerative colitis.

In the U.S., approximately 3 million people are living with IBD, according to recent estimates.

Using a mouse model, Prof. Moscat and colleagues found that the loss of two genes caused the rodents to develop serrated colorectal cancer.

In the mice, the scientists also found that the loss of the two genes activated the tissue around the tumor and caused a protein called PD-L1 to infiltrate this tissue. Cancer cells often overexpress PD-L1 because the protein helps the cells evade the immune system.

Next, the researchers applied a compound — called a TGF-beta receptor inhibitor — that deactivated the tissue surrounding the tumor, together with a substance called anti-PD-L1 that reactivated the immune system.

This combined treatment shrunk the tumors and reduced their number.

The study’s senior author comments on the results, saying, “[T]he mouse model we created more closely mirrors the human disease, an important step that could help reveal more insights into this deadly cancer.”

“Our findings identify both a promising combination treatment for serrated colorectal cancer and potential biomarkers that can identify this cancer subtype — both of which are urgently needed.”

“It is very important that we understand how serrated colorectal cancer develops — especially as we know people with IBD are at risk for developing cancer,” Prof. Moscat continues.

“If we can identify the early mechanism of tumor initiation, we might be able to catch cancer early on in these patients.”

The findings may help explain why people with IBD are at a higher risk of developing colorectal cancer.

Prof. Moscat and colleagues had previously found that the expression of one of the two genes — the protein kinase C lambda/iota — is also reduced in people living with IBD.

But in the new study, the researchers also discovered that losing the second gene decreased the number of CD8+ immune cells, which led to the development of serrated colorectal cancer. The scientists refer to this loss of immune cells as a loss of “immune surveillance.”

“For people with IBD who already have reduced levels of protein kinase C lambda/iota, losing immune surveillance may be the ‘last straw’ in their line of defense against cancer,” explains study co-author Maria Diaz-Meco, Ph.D., who is also a professor in the Cancer Metabolism and Signaling Networks Program at SBP.

“This finding could help explain why these individuals carry an increased risk of cancer,” continues Prof. Diaz-Meco.

“Additionally, people with IBD are currently treated with immune-suppressing treatments. Because we show loss of immune surveillance drives colorectal cancer, this indicates we need to better understand the immune system’s involvement in [the] progression from IBD to colorectal cancer.”