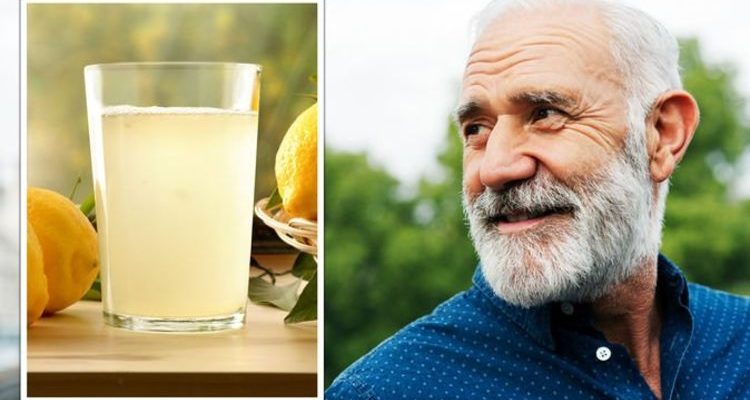 Diabetes is a condition characterised by unruly blood sugar levels, that set the stage for a host of complications if left untreated. Another key pathology in the condition is failure to respond to insulin, a hormone that facilitates the absorption of blood sugar. There is increasing evidence, however, that certain foods can help lower glucose. One drink has proven effective at taming post-meal sugar spikes within 45 minutes of intake.

Lemon juice, which is packed with polyphenols, is often mixed with water to help flush toxins out of the body.

The drink has been used as an antidote for years, thanks to its antibacterial compounds that carry a host of benefits for the body.

While the drink may not directly lower blood sugar levels, it may prevent levels from spiking after a meal.

Researchers probed the effects of lemon juice on blood sugar to assess whether it may reduce glycative stress – a precursor for premature ageing and diabetes.

The team found that intake of 100% lemon juice, with no additives may help stave off disease progressions.

The researchers hypothesised the effects may be down to the citric acid content of lemon juice.

To put these effects to the test, they recruited 12 subjects, all aged between 20 to 30 years, who were divided into three different groups.

The third group of participants were given 30 grams of lemon juice followed by 200 grams of cooked rice.

Lemon juice was mixed with water, and all subjects were instructed to eat food within 10 minutes of drinking their beverage.

Researchers also noted that participants who drank lower amounts of lemon juice has lower blood glucose than those who drank none.

The difference, however, was not significant.

Why is high blood sugar dangerous?

According to the NHS, high blood sugar can affect people with type 1 diabetes and type 2 diabetes, as well as pregnant women with gestational diabetes.

People who fall into these groups are advised to keep blood sugar levels as near to normal as possible.

“Occasional mild episodes are not usually a cause for concern and can be treated quite easily or may return to normal on their own,” explains the health body.

Notably, when hyperglycaemia is left untreated, it can cause neuropathic changes, which means the nerves in the body become damaged.