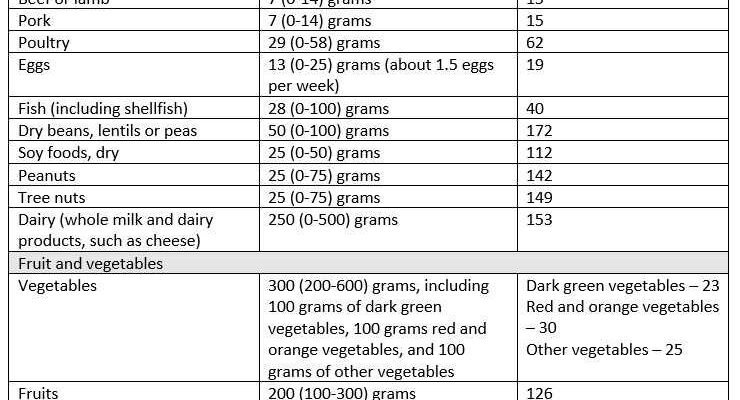 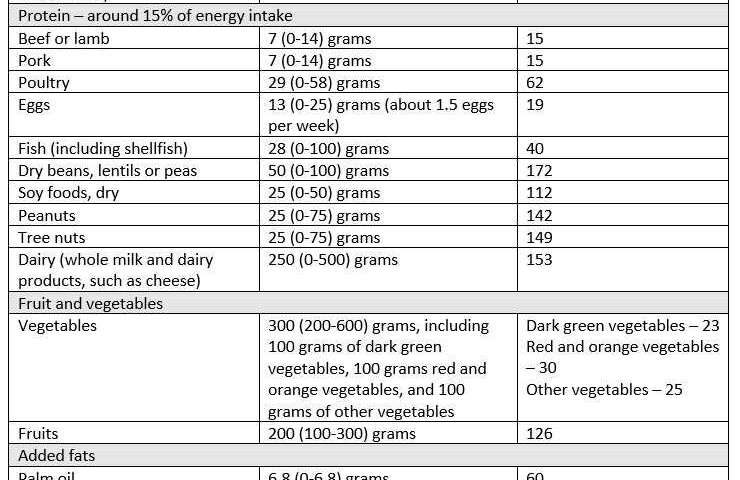 Transformation of the global food system is urgently needed as more than 3 billion people are malnourished (including people who are undernourished and overnourished), and food production is exceeding planetary boundaries—driving climate change, biodiversity loss, pollution due to over-application of nitrogen and phosphorus fertilizers, and unsustainable changes in water and land use.

The findings are from the EAT-Lancet Commission which provides the first scientific targets for a healthy diet from a sustainable food production system that operates within planetary boundaries for food. The report promotes diets consisting of a variety of plant-based foods, with low amounts of animal-based foods, refined grains, highly processed foods, and added sugars, and with unsaturated rather than saturated fats.

Human diets inextricably link health and environmental sustainability, and have the potential to nurture both. However, current diets are pushing the Earth beyond its planetary boundaries, while causing ill health. This puts both people and the planet at risk. Providing healthy diets from sustainable food systems is an immediate challenge as the population continues to grow—projected to reach 10 billion people by 2050—and get wealthier (with the expectation of higher consumption of animal-based foods).

To meet this challenge, dietary changes must be combined with improved food production and reduced food waste. The authors stress that unprecedented global collaboration and commitment will be needed, alongside immediate changes such as refocussing agriculture to produce varied nutrient-rich crops, and increased governance of land and ocean use.

“The food we eat and how we produce it determines the health of people and the planet, and we are currently getting this seriously wrong,” says one of the commission authors Professor Tim Lang, City, University of London, UK. “We need a significant overhaul, changing the global food system on a scale not seen before in ways appropriate to each country’s circumstances. While this is unchartered policy territory and these problems are not easily fixed, this goal is within reach and there are opportunities to adapt international, local and business policies. The scientific targets we have devised for a healthy, sustainable diet are an important foundation which will underpin and drive this change.”

The Commission is a 3-year project that brings together 37 experts from 16 countries with expertise in health, nutrition, environmental sustainability, food systems, economics and political governance.

Despite increased food production contributing to improved life expectancy and reductions in hunger, infant and child mortality rates, and global poverty over the past 50 years, these benefits are now being offset by global shifts towards unhealthy diets high in calories, sugar, refined starches and animal-based foods and low in fruits, vegetables, whole grains, legumes, nuts and seeds, and fish.

The authors argue that the lack of scientific targets for a healthy diet have hindered efforts to transform the food system. Based on the best available evidence, the Commission proposes a dietary pattern that meets nutritional requirements, promotes health, and allows the world to stay within planetary boundaries.

Compared with current diets, global adoption of the new recommendations by 2050 will require global consumption of foods such as red meat and sugar to decrease by more than 50%, while consumption of nuts, fruits, vegetables, and legumes must increase more than two-fold. Global targets will need to be applied locally—for example, countries in North America eat almost 6.5 times the recommended amount of red meat, while countries in South Asia eat only half the recommended amount. All countries are eating more starchy vegetables (potatoes and cassava) than recommended with intakes ranging from between 1.5 times above the recommendation in South Asia and by 7.5 times in sub-Saharan Africa.

Please view the image to see the dietary targets based on a 2,500 kcal/day diet.

The authors estimate that widespread adoption of such a diet would improve intakes of most nutrients—increasing intake of healthy mono and polyunsaturated fatty acids and reducing consumption of unhealthy saturated fats. It would also increase essential micronutrient intake (such as iron, zinc, folate, and vitamin A, as well as calcium in low-income countries), except for vitamin B12 where supplementation or fortification might be necessary in some circumstances.

They also modelled the potential effects of global adoption of the diet on deaths from diet-related diseases. Three models each showed major health benefits, suggesting that adopting the new diet globally could avert between 10.9-11.6 million premature deaths per year—reducing adult deaths by between 19-23.6%.

The authors highlight that evidence about diet, human health, and environmental sustainability is continually evolving and includes uncertainty, so they include ranges in their estimates, but are confident of the overall picture. Professor Lang says: “While major transformations to the food system occurred in China, Brazil, Vietnam, and Finland in the 20th century, and illustrate that diets can change rapidly, humanity has never aimed to change the food system this radically at such speed or scale. People might warn of unintended consequences or argue that the case for action is premature, however, the evidence is sufficient and strong enough to warrant action, and any delay will increase the likelihood of not achieving crucial health and climate goals.”

Since the mid-1950s, the pace and scale of environmental change has grown exponentially. Food production is the largest source of environmental degradation. To be sustainable, food production must occur within food-related planetary boundaries for climate change, biodiversity loss, land and water use, as well as for nitrogen and phosphorus cycles. However, production must also be sustainably intensified to meet the global population’s growing food demands.

This will require decarbonising agricultural production by eliminating the use of fossil fuels and land use change losses of CO2 in agriculture. In addition, zero loss of biodiversity, net zero expansion of agricultural land into natural ecosystems, and drastic improvements in fertiliser and water use efficiencies are needed.

The authors estimate the minimum, unavoidable emissions of greenhouse gases if we are to provide healthy food for 10 billion people by 2050. They conclude that non-CO2 greenhouse gas emissions of methane and nitrous oxide will remain between 4.7-5.4 gigatonnes in 2050, with current emissions already at an estimated 5.2 gigatonnes in 2010. This suggests that the decarbonisation of the world energy system must progress faster than anticipated, to accommodate the need to healthily feed humans without further damaging the planet.

Phosphorus use must also be reduced (from 17.9 to between 6-16 teragrams), as must biodiversity loss (from 100 to between 1-80 extinctions per million species each year).

Using these boundary targets, the authors modelled various scenarios to develop a sustainable food system and deliver healthy diets by 2050. To stay within planetary boundaries, a combination of major dietary change, improved food production through enhanced agriculture and technology changes, and reduced food waste during production and at the point of consumption will be needed, and no single measure is enough to stay within all of the limits.

“Designing and operationalising sustainable food systems that can deliver healthy diets for a growing and wealthier world population presents a formidable challenge. Nothing less than a new global agricultural revolution. The good news is that it is not only doable, we have increasing evidence that it can be achieved through sustainable intensification that benefits both farmer, consumer and planet,” says co-lead Commissioner Professor Johan Rockström, Stockholm Resilience Centre, Sweden and Potsdam Institute for Climate Impact Research, Germany.

“Humanity now poses a threat to the stability of the planet. Sustainability of the food system must therefore be defined from a planetary perspective. Five key environmental processes regulate the state of the planet. Our definition of sustainable food production requires that we use no additional land, safeguard existing biodiversity, reduce consumptive water use and manage water responsibly, substantially reduce nitrogen and phosphorus pollution, produce zero carbon dioxide emissions, and cause no further increase in methane and nitrous oxide emissions. There is no silver bullet for combatting harmful food production practices, but by defining and quantifying a safe operating space for food systems, diets can be identified that will nurture human health and support environmental sustainability.” Professor Rockström continues.

The Commission proposes five strategies to adjust what people eat and how it is produced.

Firstly, policies to encourage people to choose healthy diets are needed, including improving availability and accessibility to healthy food through improved logistics and storage, increased food security, and policies that promote buying from sustainable sources. Alongside advertising restrictions and education campaigns, affordability is also crucial, and food prices must reflect production and environmental costs. As this may increase costs to consumers, social protection for vulnerable groups may be required to avoid continued poor nutrition in low-income groups.

Strategies to refocus agriculture from producing high volumes of crops to producing varied nutrient-rich crops are needed. Currently, small and medium farms supply more than 50% of the essential nutrients in the global food supply. Global agriculture policies should incentivise producers to grow nutritious, plant-based foods, develop programmes that support diverse production systems, and increase research funding for ways to increase nutrition and sustainability. In some contexts, animal farming is important to nutrition and the ecosystem and the benefits and risks of animal farming should be considered on a case-by-case basis.

Equally, effective governance of land and ocean use will be important to preserve natural ecosystems and ensure continued food supplies. This could be achieved through protecting intact natural areas on land (potentially through incentives), prohibiting land clearing, restoring degraded land, removing harmful fishing subsidies, and closing at least 10% of marine areas to fishing (including the high seas to create fish banks).

Lastly, food waste must be at least halved. The majority of food waste occurs in low- and middle-income countries during food production due to poor harvest planning, lack of access to markets preventing produce from being sold, and lack of infrastructure to store and process foods. Improved investment in technology and education for farmers is needed. Food waste is also an issue in high-income countries, where it is primarily caused by consumers and can be resolved through campaigns to improve shopping habits, help understand ‘best before’ and ‘use by’ dates, and improve food storage, preparation, portion sizes and use of leftovers.

Dr. Richard Horton, Editor-in-Chief at The Lancet, says: “Poor nutrition is a key driver and risk factor for disease. However, there has been a global failure to address this. It is everyone’s and no-one’s problem.”

He continues: “The transformation that this Commission calls for is not superficial or simple, and requires a focus on complex systems, incentives, and regulations, with communities and governments at multiple levels having a part to play in redefining how we eat. Our connection with nature holds the answer, and if we can eat in a way that works for our planet as well as our bodies, the natural balance of the planet’s resources will be restored. The very nature that is disappearing holds the key to human and planetary survival.”