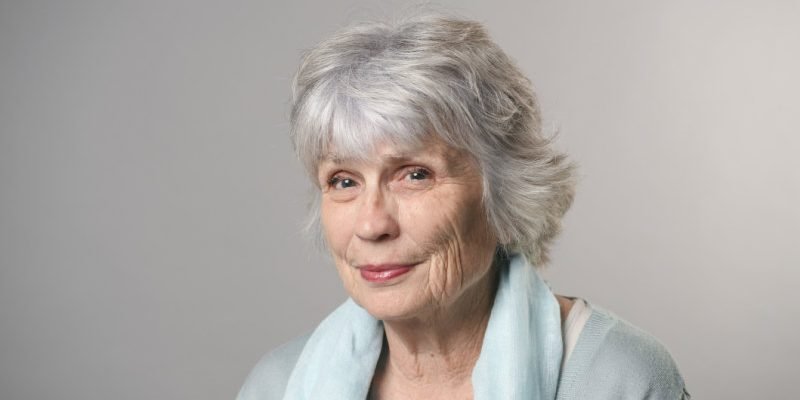 Rose Overberg used to stare in the mirror at her “funny” eyebrows and wonder where they came from. She says they are short – like they are missing a finishing flourish. But she didn’t inherit them from the mother or the father who lovingly raised her.

Instead, the archaeologist is the product of one of Australia’s earliest insemination clinics, recognised for their culture of secrecy and strict promise of donor anonymity.

While she had always known she was a sperm-donor child, by the time she began searching for her biological father, almost four decades after her 1975 conception in Melbourne, records of her early beginnings had been ‘“lost or misplaced”, as she was told in a letter from the doctor who performed the procedure.

“I wasn’t sad and I wasn’t down about it,” said Rose. “I just felt like I had the right to know where I came from.”

In a different time, this story might have ended here.

But now a surge in Australians uploading their DNA to genealogy databases is solving cases such as Rose’s, and exposing family secrets at an unprecedented rate.

Finding your family is a modern detective story, using a combination of genetic code and online sleuthing to unlock the past.

Rose would find her biological father, but it would prove a long and complicated journey.

Today, at least 26 million people globally are estimated to have shared their DNA with leading websites such as 23andMe, AncestryDNA, MyHeritage, LivingDNA and FamilyTreeDNA – making it increasingly easy for people to identify their blood relatives.

There are many consequences of this, some of them unforeseen. People are discovering they were the product of an affair, conceived via insemination programs or adopted. Others, such as Rose, are using the technology proactively to track down their unknown parents. Many find they have brothers and sisters they never knew existed.

“Basically you are seeing the end of secrecy,” said Charlotte Smith, manager of the Victorian Adoption Network for Information and Self-Help (VANISH).

“That’s what’s happening through DNA testing. With that comes potential shock and disappointments, but it also brings really important information – the truth.“

“The time for secrets is over”: Rose Overberg 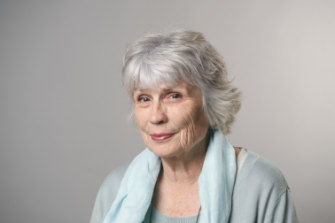 Pauline Ley didn't know who her biological father was for 70 years.Credit:Eddie Jim

Growing up in Melbourne in the 1950s, Pauline Ley sensed the neighbours knew something about her that she didn’t. When she was 16, she confronted her mother and her suspicions were confirmed: she was adopted.

Conceived out of wedlock in the dying months of World War II, her arrival had been an embarrassment. Her biological mother had been serving with the Navy on a base in Fremantle, and her baby was soon hurried off in a troop plane to live with a family in Melbourne.

And her biological father?

“I can’t remember,” her biological mother told her many years ago. “It’s too long ago and I’ve blocked it out.”

“Dislocated and disconnected’’ is how Pauline described spending most of her life only guessing about the man that helped create her. That's until eight years ago, when a friend encouraged her to send a saliva sample to AncestryDNA.

She had low expectations, thinking she’d just receive confirmation that she had Anglo-Celtic origins. But she was immediately connected with about 100 people on her paternal side, most of whom had Jewish-sounding names.

“I thought they had made a mistake,” she said.

Pauline would befriend one of these newfound relatives, a retired New York art teacher who is her third or fourth cousin. But despite their combined efforts, they could not find the answer she was looking for.

“It became evident that unless I got a closer match, it would be unlikely we’d identify the right person.”

My biological mother was whisked off to a home for fallen women.

Years went by, and there was nothing. Then one day a 15-year-old schoolgirl living in the US state of Maryland uploaded her DNA, popping up as a match. Her grandmother would later be identified as Pauline’s first cousin.

With the help of a genetic genealogist, they found the man who was not only a genetic fit for Pauline’s father, but who had been in the right place at the right time.

A seven-decade-old mystery had been solved.

The youngest of six sons from an Orthodox Jewish family in New York, this man spent a number of wartime years in the Pacific as a US submariner, including a short stay in Perth in late 1944 and early 1945 as his submarine underwent repairs.

He died in 2004, almost certainly never knowing he had a daughter.

“He had left Perth within weeks of my conception,” Pauline said.

“And my biological mother was whisked off to a Presbyterian home for fallen women as soon as her pregnancy was confirmed, so she would have lost control of any further contact. You couldn’t send texts back then.”

Secretive past practices mean that many adoptees have gone a lifetime not knowing the names of their “first” parents, nor the reasons why they look the way they do. In some cases, records were forged so that the birth certificates only showed the name of adoptive parents. Or the biological father’s name was omitted.

Meanwhile, the majority of the children conceived in the first large insemination programs, now aged in their 20s, 30s and 40s, were never told about their origins by their parents, according to Victorian research.

In the past two years alone, membership of AncestryDNA has increased from three million to more than 10 million. The agencies that assist adoptees and donor-conceived people say they deal with the fallout of shock genetic discoveries daily, with DNA results innocently gifted for Christmas just now bearing fruit.

Rose Overberg is aware of roughly 20 cases in the past year where people have met siblings online who were completely unaware they were donor-conceived because their parents had never told them, including one woman who has found eight siblings through DNA. 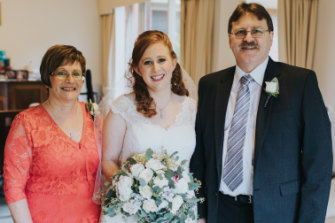 Hayley Smith with her parents, Murray and Jenny, on Hayley's wedding day.

When 29-year-old Hayley Smith was genetically matched with a stranger on Ancestry.com two years ago, she knew that there were only a few possibilities. The pair could be aunt and niece, or grandmother and granddaughter – though this was unlikely, given that they were about the same age.

Or they could be sisters.

Hayley’s parents, Murray and Jenny Smith, had explained to her when she was a child that her father hadn’t been able to conceive naturally. As Murray recalled, you needed roughly 20 million sperm per millilitre to conceive, and he had barely any at all.

The high school sweethearts from Ringwood considered adoption, fostering or not having children at all, before eventually settling on insemination via an anonymous donor.

One morning in 1989, Murray held his wife’s hand during the procedure in a quiet room in Prince Henry’s Hospital. The couple were given flowers as they left.

Although the parents-to-be didn’t think much about it at the time, sperm from the same donor (then a geology research assistant) would be used to create another 21 children in Victoria, which is how their daughter found herself emailing a stranger she was pretty confident was her half-sister.

Is she going to hate me for breaking this family secret? It was really complicated.

Hayley thought she might meet her siblings one day, but the environmental scientist wasn’t anticipating that her new relative would be completely oblivious to the fact that she was donor-conceived, as became apparent after the pair shared their first tentative messages.

“I was in this really tricky situation,” said Hayley, who now has a close relationship with her half-sister.

“Am I the right person to be the one to break this news to her? Is it better she knows? Is it better if she doesn’t know? Is she going to hate me for breaking this family secret? It was really complicated.”

Hayley chose not to reveal her suspicions immediately but instead encouraged her half-sister to talk to her own parents, who eventually revealed that they had also used a sperm donor.

“Looking at DNA matchers on a train is not the best idea”: Hayley Smith 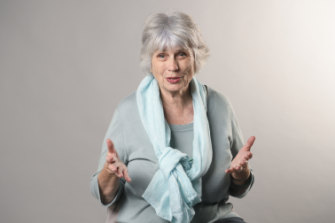 For most of her life, Pauline Ley had believed she was an only child.

Since discovering her biological father, she’s met her half-brother, a partner in an interior design studio in New York, and the pair have since made numerous trips across the Pacific to spend time with each other’s families.

She has been able to see photos of her grandparents, migrants from Belarus, and visited her biological father’s headstone in a huge Jewish cemetery on Long Island in New York. It brought her comfort to see the words inscribed on it: “a brave and gentle man” who is “forever loved”.

“I just feel more whole as a human being having that history, and that had been erased,” said Pauline.

“I think people are very anxious about DNA testing. It’s creating disturbance in people’s lives, but I would say there is a beauty about it because it’s the truth.”

“He was surprised I found him”: Rose Overberg

Rose Overberg had spent months crafting the letter that she would send her biological father. In September 2016, it finally arrived in his mailbox.

When he called her three days later, they spoke for two hours. The historian was amazed she had managed to find him, but perhaps he shouldn’t have been, given their shared professional expertise in history and research.

Not wanting to rush things, the pair had been talking about meeting in person for the first time when, 10 months after they made contact, Rose learned that he had died aged 83. While it was sad, the mother-of-three also believes she got the answers she was after.

I just wanted to be acknowledged and know where I came from.

“I’ve got a great dad, I didn’t need a dad. I just wanted to be acknowledged and know where I came from,” she said.

And as that chapter closed, Rose’s work as a DNA detective continued.

Before he died, her biological father confided to her that he had made multiple donations to couples over a number of years, and that he had been told informally about three other babies.

Officially, there is no way for Rose to confirm this, as all records of his donations have vanished. But as DNA networks expand, this “only child” is eagerly awaiting the day when she finds one, or all, of her siblings.

“It might happen in 20 years, when someone is doing a family tree,” she said.