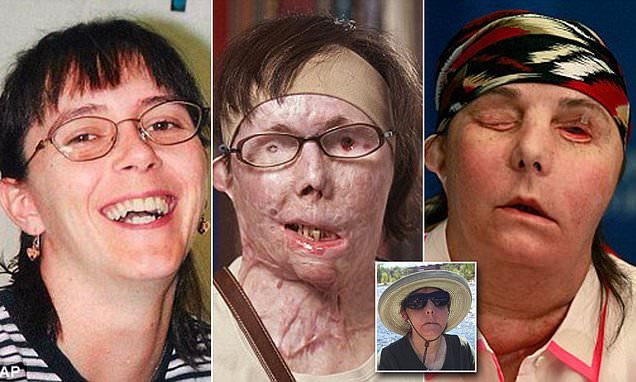 A domestic abuse survivor who received one of America’s first ever face transplants in 2013 has gone blind again after contracting an infection.

Carmen Tarleton’s ex-husband broke into her home in Vermont in 2007 and burned off 85 percent of her skin with chemical detergent, just weeks after their seemingly amicable break-up.

The acid melted skin over her eyes, ears, and one nostril, leaving her blind and disfigured.

The two operations gave her independence. She was still legally blind but with a cane she could walk, and with special software she could read.

However, on November 11 this year, the music teacher, now 50, woke up at home in Manchester, New Hampshire, with clouded vision, and hours later could see nothing.

Doctors confirmed it was an infection that attacked her synthetic cornea and her retina, leaving her completely blind.

Now, her family and friends are rallying to raise money to support Carmen for at least six months, after which, doctors hope, she may be able to get another cornea transplant.

Carmen Tarleton, now 50, was 38 when her ex-husband beat and burned her in 2007. She was left blind and disfigured. She says she had only just come to terms with the fact that she faced a life of disfigurement when she was approached by Dr Bohdan Pomahac, a surgeon at Brigham and Women’s Hospital, in December 2011. Pictured: before her attack (left), after the attack (center), and after the face transplant (right) 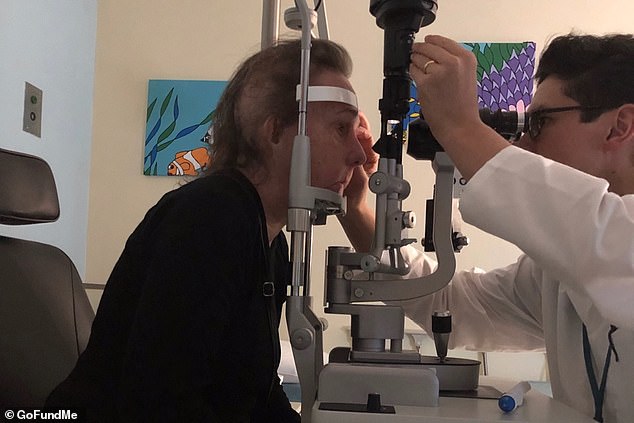 An infection last month cost Carmen the little eyesight she still had, and as a result, her independence. It’s not clear whether or not Carmen will be able to regain her eyesight but her family say they are determined to try

‘Carmen will not be able to make money as an inspirational speaker as she had before, while her medical costs for new and expensive medication increases,’ a relative wrote on the GoFundMe page.

‘In addition, Carmen has to cover transportation costs to Boston [where her dedicated medical team at Brigham & Women’s Hospital is based] from Manchester one to two times a week, caregiver support, and medical supplies.’

Carmen and Herbert Rodgers had already been together for years – with two young daughters – when they got married in 2001.

Their marriage was good, harmonious and loving, living in Los Angeles for years.

It wasn’t until they moved back to Vermont that cracks arose.

In 2007, they decided to separate, but to stay friends. Shortly after they had an argument about the sale of their house, but Carmen thought it would blow over.

But one night in June, at 2.30am, she woke up to the sound of footsteps in her house, thinking it was an intruder.

It turned out to be Herbert.

He pushed Carmen back onto the bed and beat her with a baseball bat so long and so hard that she heard her own bones cracking. 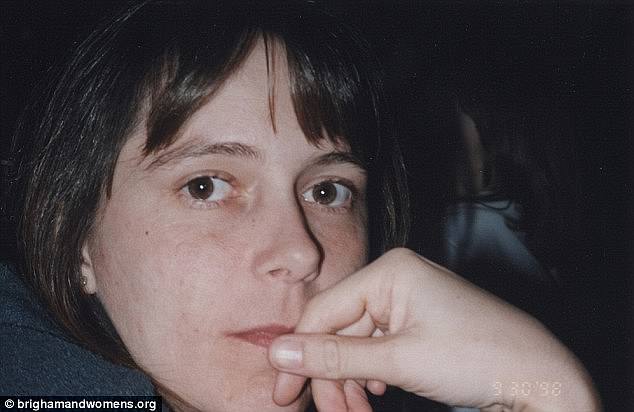 A mother-of-two and a talented music teacher, Carmen didn’t realize she was in danger 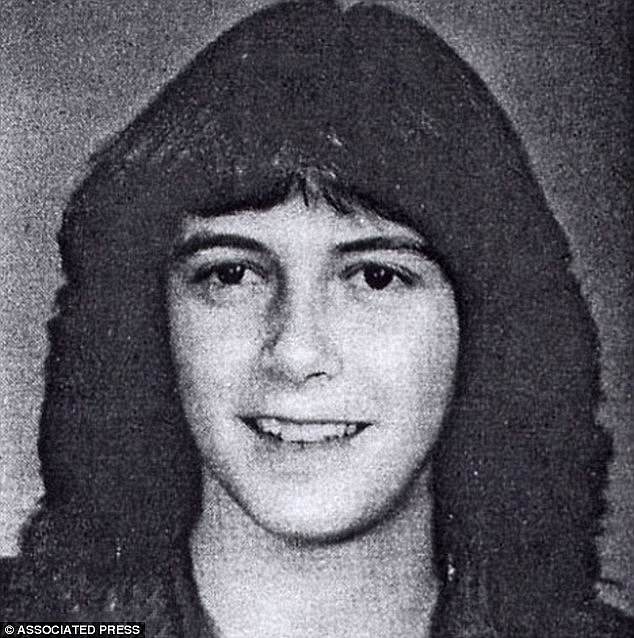 She had been with Herbert Rodgers for years when they decided to wed, and their marriage was a happy one for six years (pictured: Carmen as a child)

Carmen screamed to their daughter – then aged 12 and 14 – to lock themselves in the bathroom and call 911.

That’s when Herbert pulled out a bottle of industrial-grade detergent and poured it over Carmen’s face and body.

He waited at the scene to be arrested by police. Two years later he was jailed for 30 to 70 years, and last year he died at the age of 62 while serving time in a Pennsylvania, apparently due to natural causes.

Carmen was in a medically-induced coma for three months, awaking in September unable to see, barely able to talk, eat, or move. 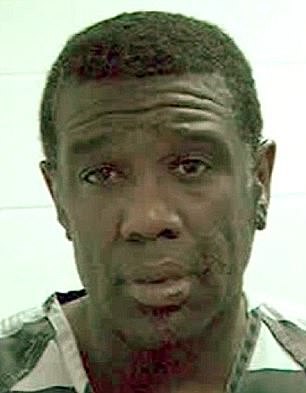 Herbert Rodgers (pictured) was jailed in 2009 for 30 years without parole for the vicious attack on his wife. He died of natural causes aged 62 in December 2017 while serving time in a Pennsylvania jail

Carmen underwent 38 operations in the wake of her attack, but the fact that she still couldn’t see meant that she had completely lost her independence.

Finally, she underwent a cornea transplant, and she was able to read sheet music again so she could play and teach the piano, as always.

Carmen didn’t realize a face transplant was even possible.

She says she had only just come to terms with the fact that she faced a life of disfigurement when she was approached by Dr Bohdan Pomahac, a surgeon at Brigham and Women’s Hospital, in December 2011.

He had just completed the first ever full face transplant in the US (on a man called Dallas Wiens) and was looking to help more patients.

It took a year to coordinate her case, and another to wait for a donor.

But finally, Carmen was admitted to the operating theater in 2013.

Face transplants involve plenty of post-operative care, and a lifetime of immunosuppressant drugs to prevent the face from being rejected. 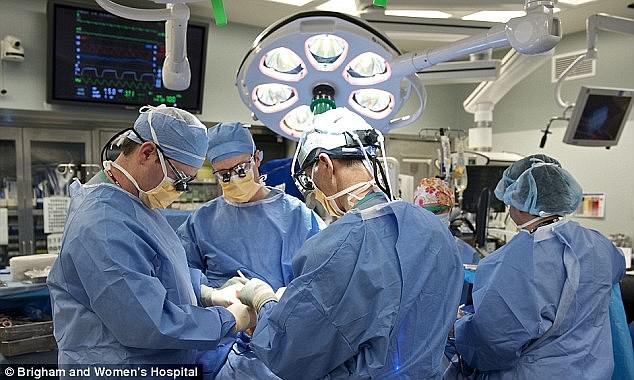 But in the five years since, her issues have been minimal.

A few months ago, Carmen decided to move to Manchester, NH, which is a large, walkable city, so she could be a bit more independent, according to Valley News.

Shortly after, however, she woke up with cloudy vision. It was 5am and she didn’t know what to do. She pulled her things together and went to the doctor as soon as the clinic opened. There was nothing that could be done and by the afternoon she was completely blind.

It’s not clear whether or not Carmen will be able to regain her eyesight but her family say they are determined to try.

‘No donation is too small and every gift will go towards Carmen’s healing, as she won’t have to worry about losing everything while trying to heal and get back to where she was before,’ her family said.