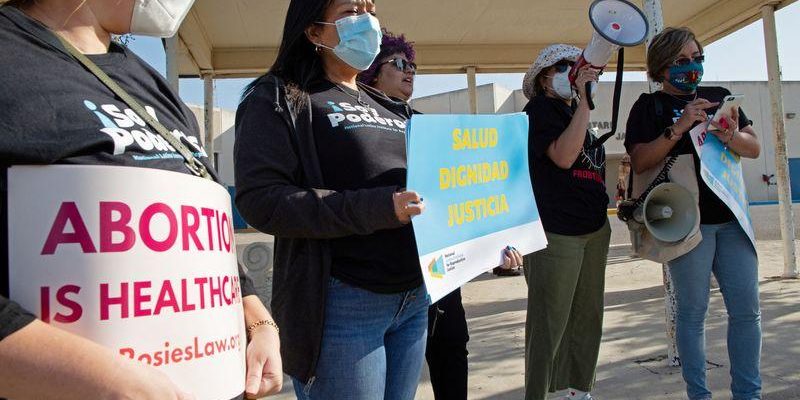 (Reuters) – This spring, the U.S. Supreme Court is expected to roll back constitutional protections for abortion that have been in place since the 1973 Roe v. Wade landmark ruling.

Conservative states are swiftly passing abortion restrictions in anticipation of the court’s decision, while liberal states are seeking to protect and expand abortion rights. Here are some bills gaining traction this year:

ARIZONA: Republican Governor Doug Ducey in March signed a bill banning abortions after 15 weeks of pregnancy. The measure makes exceptions for medical emergencies, but not for rape or incest. It will take effect in late summer if not blocked in court.

FLORIDA: Republican Governor Ron DeSantis on Thursday signed a 15-week abortion ban, which allows exceptions for medical emergencies or if the fetus has a fatal abnormality. The exceptions do not allow for abortion past the 15 weeks in the case of rape, incest or human trafficking. The ban is due to take effect July 1.

IDAHO: Republican Governor Brad Little signed a six-week abortion ban in March that allows family members of the fetus to sue providers who perform abortions past that point, similar to a Texas law enacted last year. The Idaho law is due to take effect in late April if not blocked in court.

KENTUCKY: The legislature overrode the governor’s veto to enact several abortion restrictions on Wednesday, including a 15-week ban, a requirement that fetal remains be cremated or interred, and a requirement that a combination birth-death or stillbirth certificate be issued for each abortion. The law, which took immediate effect, has suspended clinics’ ability to provide abortions. Abortion rights advocates are challenging it in court.

OKLAHOMA: Republican Governor Kevin Stitt on Tuesday signed a bill banning abortion except in medical emergencies and penalizing providers who violate the law with up to $100,000 in fines and 10 years in prison. The law is due to take effect over the summer if not blocked in court.

The House also approved a bill in March that would ban all abortions except in cases of medical emergency, rape or incest. It would rely on private citizens to sue providers and any person who “aids or abets” abortions to be enforced, similar to Texas’ six-week ban. The Senate is considering the legislation.

COLORADO: Governor Jared Polis, a Democrat, signed a bill this month codifying the right to have an abortion. The measure immediately took effect.

MARYLAND: The legislature passed a bill that expands the definition of who can provide abortions to any “qualified provider,” establishes a state-funded abortion provider training program and requires most insurance plans to cover the cost of abortions. Republican Governor Larry Hogan vetoed the bill, but the state’s Democratic-controlled legislature overrode his veto this month and the law is due to take effect July 1.

VERMONT: The Democratic-led legislature in February passed a constitutional amendment that guarantees the right to abortion. It will be on the ballot for voters to approve in November.