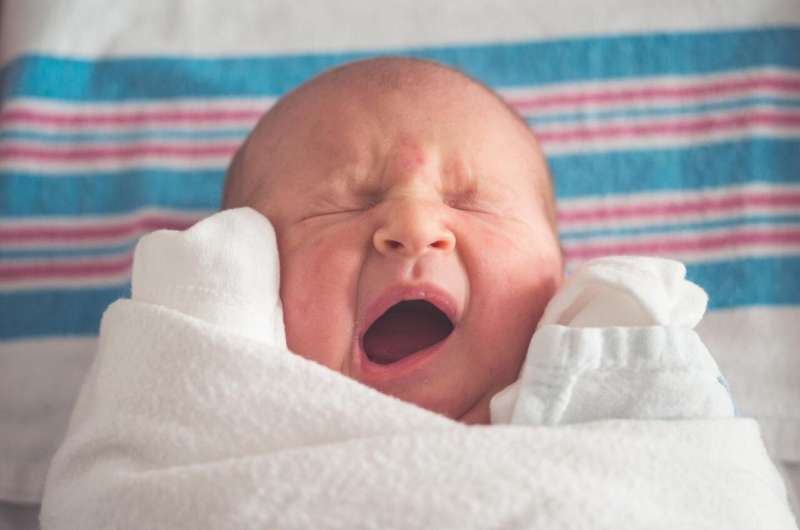 Researchers have captured the first detailed images of newborn babies’ lungs as they take their first breaths.

The research, led by the Murdoch Children’s Research Institute (MCRI) and published the American Journal of Respiratory and Critical Care Medicine, provides a breakthrough in understanding the events around a baby’s first breath, why healthy babies cry at birth and provides clues to improving preterm babies’ survival chances and long term health outcomes.

About 10 per cent of newborns, and almost all preterm infants, need resuscitation because their lungs do not properly fill with air at birth (a process called lung aeration). Despite this, MCRI Associate Professor David Tingay said that birth was one of the most poorly understood respiratory events in medicine due to the difficulties of imaging a newborn’s lungs.

The research involved studying full-term infants born at The Royal Women’s Hospital. Researchers used cutting edge-technology, electrical impedance tomography (EIT), where a small silk belt is placed around the infants chest to take highly detailed images deep into the lungs without interfering with parental contact or clinical care. This process allowed the team to generate high resolution images of how air was moving through the lungs for each breath.

Associate Professor Tingay said the technology helped babies in a way that was not possible before.

“Respiratory problems are the most common reason we need to treat babies in intensive care,” he said. “This new technology not only allows us to see deep into the lungs but is also the only method we have of continuously imaging the lungs without using radiation or interrupting life-saving care. This study has shown that babies’ lungs are far more complicated than traditional monitoring methods had previously suggested.”

Associate Professor Tingay said he was currently researching whether using the technology on very preterm babies may help to predict which children would go onto develop lung problems.

“Milly had to be intubated at just eight minutes old,” she said. “She spent the next five months in the neonatal intensive care unit relying on various types of respiratory ventilation and having what felt like an endless amount of X-rays. There were times when she had two or three X-rays a day. You just shudder to think of a tiny baby having to go through that.

“It took doctors about a month to get a full picture of just how little and underdeveloped Milly’s lungs were. Even today Milly still requires supplementary oxygen when sleeping.”

Ms Bezette said it was remarkable to think about the potential of the new lung imaging technology for premmie babies.

“So many families could be spared in future from what we went through in those first few weeks of Milly’s life,” she said. “To have imaging technology that can detect quickly whether there is problem with a newborn’s lungs and that’s also not invasive will be of such great comfort.”

Associate Professor Tingay said this recent study provided the first detailed description of exactly how lungs fill with air during the first moments after birth.

“Healthy term babies use remarkably complex methods of adapting to air-breathing at birth,” he said. “There is a reason why parents, midwives and obstetricians are pleased to hear those first life-affirming cries when a baby is born. Crying is a process that quickly aerates the lung, which is why 80 per cent of all breaths immediately after birth are cries.

“We were amazed to see that expiration is also critically important during those first cries. Just after birth the lung is still at risk of collapsing and the air-spaces can refill with fluid when a baby is breathing out. Babies are remarkably clever, as they breath out after a cry they move gas from well aerated regions to those areas of the lungs that are still filled with fluid preventing collapse. Babies will keep doing this until their lungs are safely filled with air and then they can start breathing normally.”