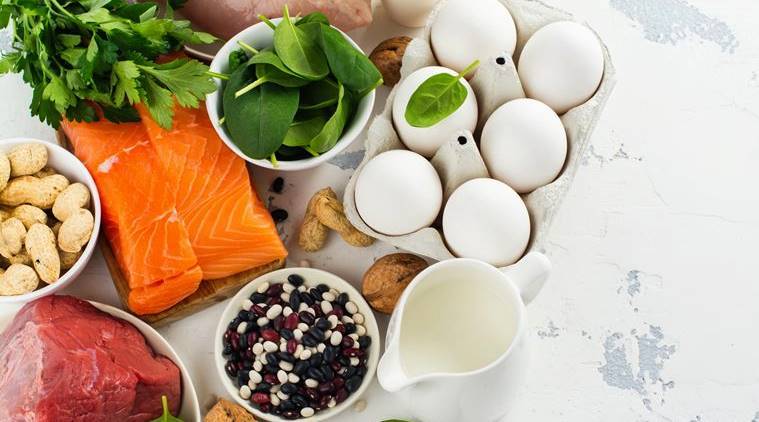 Here is a round-up of some of the trendiest diet trends of 2018. While some are a great way to stay fit, the others, not so much.

From following a CICO diet, short for ‘Calories In Calories Out’, to going on a water fast where you consume nothing but water alone for days on end, 2018 has seen some of the most unusual diet fads of all times. That apart, popular diet trends like Paleo and Mediterranean diets have stayed on top of the charts, indicating that they are here for good.

Here is a round-up of some of the trendiest diet trends of 2018.

A Paleolithic or Paleo diet is a dietary plan that requires you to eat foods that might have been eaten during the Paleolithic Age – an era that dates approximately 2.5 million to 10,000 years ago. The chief thought behind this diet is that the human body is genetically unsuited to digest modern food products. So, this weight-loss method limits your diet to foods that were produced by farming. For example, dairy products, processed oils, sugar, legumes, grains, alcohol, and even salt aren’t allowed.

The diet includes meats, fish, fruits, vegetables, nuts and seeds – essentially, all ingredients that could be obtained by hunting and gathering during the Paleolithic Age. On the other hand, processed foods, sugar, soft drinks, grains, dairy products, processed oil, legumes and artificial sweeteners should be avoided.

When on CICO, you can feast on biryani, samosas, pizzas, cheesecakes and chug shakes loaded with oreo and peanut butter or basically drown in any kind of calorie that you like. Sounds too good to be true, right? The idea involves simple math – eat whatever you want, but you have to make sure that the number of calories you eat is less than the number of calories you burn off. And maybe, that is how common sense was renamed CICO.

While counting your calories may sound easy, burning off more than you consume remains the challenging part. Some people swear by this technique when it comes to losing weight. For many, counting their calories and balancing the CICO equation has worked out. For some, it’s just a sham. Because the main focus of this diet is on calories, some nutritionists worry it is the most unhealthy part of it all.

Even if the math is pretty simple, there are some flipsides to the CICO diet. The first and most obvious being, it does not necessarily teach good eating habits – and that can make a difference in your ability to lose weight. It might also be harmful to your body in the long run.

Starting to eat macrobiotic food is more of a lifestyle change, than a dietary change. The Macrobiotic regime was popularised by George Ohsawa in the 1930s, and is a system focused on making adjustments in terms of both food and lifestyle choices that will eventually lead to a healthier lifestyle.

Macrobiotics involves eating mostly organic and locally grown food products. The foods that are included in this diet are vegetables, whole grains, fruits, vegetables, nuts and seeds. Small amounts of fish and meat are allowed, occasionally. Its focus on eating more vegetables does make it a great option for people with high cholesterol, blood pressure and diabetes.

Apart from your diet, you also need to make certain lifestyle changes which aren’t particularly difficult and are actually sensible. You eat only when hungry, chew food thoroughly before swallowing, purify water before drinking or cooking and avoid caffeinated or alcoholic drinks. You should ideally eat your dinner at least two to three hours before going to bed, use skin and hair care products made from natural, non-toxic ingredients, exercise regularly and should include yoga and walks in your daily routine.

Raw food is not just about salads and fruits, it includes any form of uncooked food that has not been refined, pasteurised, canned or chemically processed. The thumb rule being, at least 75% of the food you eat, should be raw.

Instead of cooking, this diet gives several alternative preparation options like juicing, blending, dehydrating, soaking and sprouting. Mostly a plant-based and fruit diet, you can also consume raw eggs, dairy products and raw meat, if desired.

Some of the other foods that are included in this diet are raw nuts, seeds, dried fruits and cold-pressed coconut and olive oils. You could have grains and legumes after they’ve been soaked or have sprouted.

In what has been termed by some experts to be one of the most extreme and unhealthy diet fads of all times, practitioners of this diet, some of whom have documented their journey on popular social media sites like YouTube and Instagram swear by it. Not only does it help in reducing weight drastically but also promises a glowing, clear and flawless skin.

The trick is simple. You need to drink water and water alone. Anything solid is a big no-no and there are no smoothies or slushes that are allowed. While we suggest you keep off this diet, if you really want to go for something this drastic, never go for it without consulting a nutritionist.