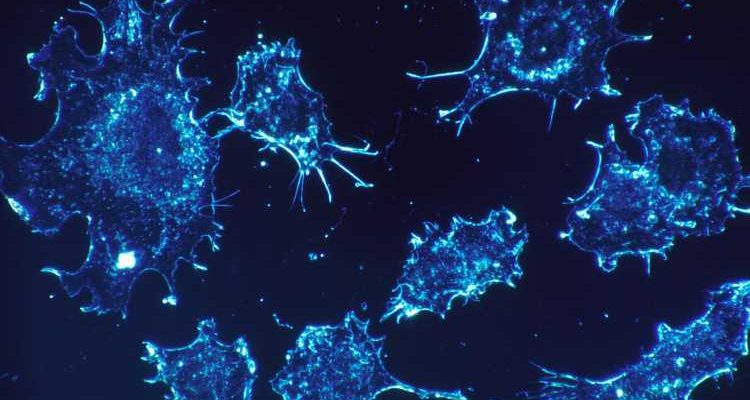 Extra copies of a piece of DNA partly explain insensitivity to chemotherapy in germ cell cancer, a new study shows. According to research leader Prof. Dr. Leendert Looijenga, “In the future, our findings could help pick out patients with high-risk germ cell cancer, so doctors can offer alternative treatment if chemotherapy does not work.”

Germ cell cancer is caused by a fault in the development of eggs in girls and sperm in boys. It is the most common cancer in boys and men between the ages of 15 and 45, but it also affects younger children. The cancer can develop in the testicle or elsewhere in the body, such as behind the breastbone. Most patients are cured thanks to the combination of surgery and chemotherapy with cisplatin. But in some cases, the disease is insensitive to this type of chemo.

In order to develop new therapies, it is important to understand what causes insensitivity to cisplatin. To unravel the underlying cause, scientists at the Princess Máxima Center for pediatric oncology in Utrecht, the Netherlands, looked at cells in the lab, tumor samples and clinical data from children, boys and men with germ cell cancer. Their research was published today (Wednesday, 20 April 2022) in the Journal of Clinical Oncology and was funded by the Bergh in het Zadel Foundation and core funding to the Princess Máxima Center from the Childhood Cancer-free Foundation (KiKa).

Extra copies in the DNA

First, the scientists analyzed the entire DNA of germ cell cancer cells in the lab: living cells that had been desensitized to cisplatin. Prof. Dr. Leendert Looijenga, group leader at the Princess Máxima Center, led the study. “We found that all chemo-resistant cells had extra copies of a piece of DNA in the so-called 3p25.3 region,” he says. “The more extra copies, the less sensitive the cells in the lab were to the chemotherapy drug, cisplatin.”

Next, the researchers studied the DNA from germ cell cancers of male patients of different ages, both before and after treatment with cisplatin, to see how often the change in 3p25.3 occurs. “We saw the extra copies in 15 of the 221 cases—so the fault is rare,” says Looijenga. “But we also saw that this change clearly occurs more often after treatment with cisplatin—in other words, in patients for whom the drug no longer worked. This tells us that the extra copies of this piece of DNA play a role in the resistance to this chemotherapy.”

To further investigate the effect of the extra copies of 3p25.3, Looijenga’s team looked at data from a group of 180 germ cell cancer patients who had been treated in the United States. They saw that, on average, the disease came back more often in boys and men with a so-called non-seminoma, the same type of germ cell cancer as the cells that had been studied in the lab, with the 3p25.3 change. These patients also did not survive as long. Looijenga notes, “This confirms that our findings on the 3p25.3 abnormality from the laboratory are also of clinical value.”