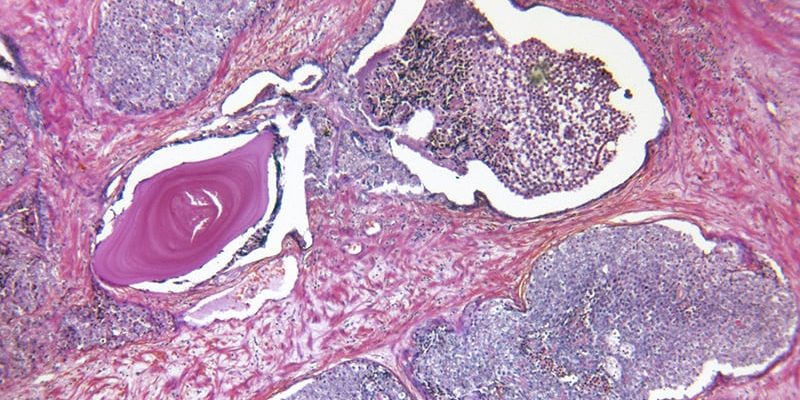 In a large genome-wide association study of PSA levels in men without prostate cancer, researchers developed and validated a genetic score that determines an individual’s genetic predisposition to high PSA levels.

The goal of the genetic score, the investigators say, is to adjust for variations in PSA values that do not reflect prostate cancer.

The analysis, presented at the American Association for Cancer Research (AACR) Annual Meeting 2022, showed that the polygenic score did appear to improve detection of clinically significant disease and reduce the incidence of false-positive results.

“Because of its poor sensitivity and specificity, PSA testing can often lead to detecting latent disease or, in some cases, missing aggressive tumors,” lead author Linda Kachuri, PhD, MPH, from the University of California, San Francisco, said in a press release. However, by adjusting an individual’s PSA values based on the influence of inherited genetics, PSA testing is “more likely to reveal changes in PSA due to prostate cancer.”

PSA, which is secreted by prostatic epithelial tissues, can be elevated in the presence of prostate cancer — but it can also be elevated by a host of factors unrelated to cancer, such as older age, infections, inflammation, or benign prostatic hyperplasia. Even lifestyle factors — eating spicy foods, drinking alcohol, or riding a bicycle — can impact PSA levels.

That is why the use of PSA screening for prostate cancer remains controversial. The US Preventive Services Task Force recommends that the decision to undergo PSA-based screening in men ages 55 to 69 years should be an individual one (grade C recommendation), and that men 70 years and older should not undergo PSA screening (grade D).

To identify genetic signatures associated with normal fluctuations in PSA expression, Kachuri and colleagues conducted a genome-wide association study of PSA in 95,768 men without a prostate cancer diagnosis. The data came from cohorts in the United States, United Kingdom, and Sweden.

The team identified a total of 129 genetic variants associated with PSA, of which 82 were previously unidentified, and used these variants to construct a polygenic score to measure individual predisposition to elevated PSA levels.

They found that the PSA polygenic score accounted for 7.3% of the variation in baseline PSA levels in the PCPT cohort and 8.7% of variation in the SELECT cohort. The variations were not associated with prostate cancer in either cohort, indicating they were due to benign factors.

To see whether the polygenic score could help identify clinically significant tumors and reduce overdiagnosis, the team applied the genetic score to data in a cohort of patients from the Kaiser Permanente system, all of whom had undergone tumor biopsy.

Using the genetically adjusted PSA would have avoided about 1 in 5 biopsies that were ultimately negative.

Kachuri and colleagues also found that the genetically adjusted PSA score was better at predicting the presence of aggressive disease than either a genetic risk score (PGS­­269) or baseline PSA value.

“An important finding was that we achieved the best prediction performance for aggressive disease by combining the genetic risk score for prostate cancer that has been previously developed and reported with this genetically adjusted PSA measure that we developed,” Kachuri said.

Kachuri acknowledged, however, that the study was limited by a study population with largely European ancestry. The investigators plan to improve the performance of their genetically adjusted score in populations with African American and Hispanic/Latino ancestry, and to characterize the added value of genetic adjustment in a range of clinical settings and patient populations.

Louis M. Weiner, MD, from the Georgetown Lombardi Comprehensive Cancer Center in Washington, DC, who moderated the briefing, commented that the polygenic score offers the promise of improved screening, but questioned how readily it could be incorporated into clinical practice.

“You’ve shown that it may be important to account for these complicated and individualized genetic factors when you analyze PSA tests to screen for prostate cancer,” Weiner said, addressing Kachuri during the session. “This is all exciting, but it’s also complicated technology. How do you imagine this could be reduced to routine practice?”

In response, Kachuri said she was “quite optimistic” that integrating this tool into clinical practice can be fairly straightforward.

“Genetic testing and measurement of genetic information is already happening in a lot of different contexts in different healthcare systems, and this type of study does not require whole genome sequencing. It’s something that can be easily accomplished with genotyping, which is not as expensive and easier to implement,” Kachuri said.

The study was funded by the National Cancer Institute. Kachuri has disclosed no relevant financial relationships. Weiner is a co-founder of Jounce Therapeutics and serves on its advisory board and on advisory boards for other companies. John S. Witte, PhD, principal investigator on the study, is a nonemployee cofounder of Avail Bio and a consultant for Sanofi.

Neil Osterweil, an award-winning medical journalist, is a long-standing and frequent contributor to Medscape.