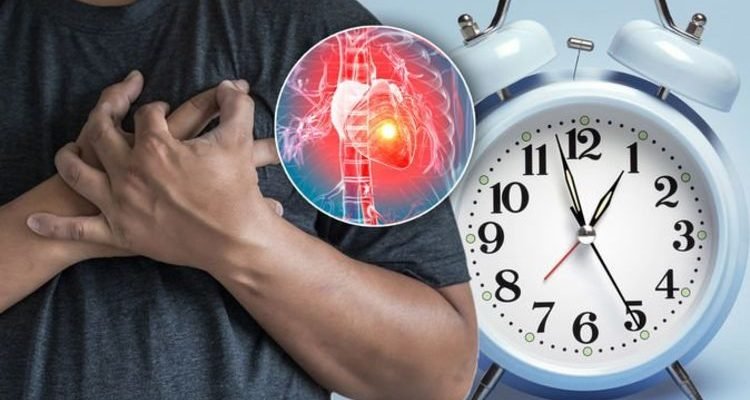 Heart attacks are a serious medical emergency that requires immediate treatment, according to the NHS. The condition, which is also known as a myocardial infarction, is caused by lack of blood reaching the heart. Without enough blood, the heart could become seriously damaged, and it could even be life-threatening. But, there may be a jump in the number of heart attack cases in the UK after we enter British Summer Time (BST), it’s been claimed.

The number of heart attacks tend to rise on the Monday after the clocks go forward into daylight saving time, revealed Michigan Health.

Around 24 per cent more heart attacks are reported after the jump into daylight saving time – which is referred to as BST in the UK.

It may be caused by interrupted sleep, which could be playing a bigger role in the body’s natural rhythm than previously believed, according to researchers at Michigan’s Frankel Cardiovascular Center.

“Heart attacks occur most often on Monday mornings. And on one particular Monday, the risk may be further elevated,” it said.

“Research shows a 24 per cent jump in the number of heart attacks occurring the Monday after we ‘spring forward’ for daylight saving time compared with other Mondays throughout the year.

“That lost hour of sleep may play a bigger, perhaps more dangerous role in our body’s natural rhythm. 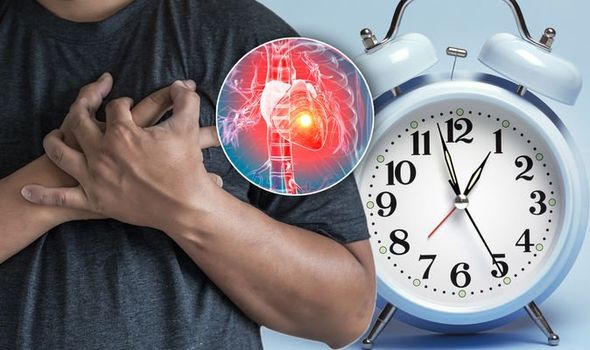 “The reason more heart attacks happen on Monday mornings could be attributed to several factors, including the stress of starting a new workweek and inherent changes in our sleep-wake cycle.

“With daylight saving time, all of this is compounded by one less hour of sleep.”

But, daylight saving time also provides a number of health benefits, including helping to avoid obesity.

The longer hours in the day encourage people to exercise in the evening, and is a strong weapon against childhood obesity.

You’re also less likely to develop a vitamin D deficiency in the summer months due to longer days. 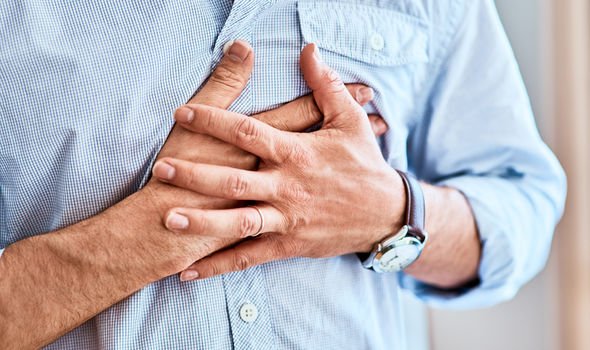 Although chest pain is often severe, sometimes people only suffer minor pain, similar to indigestion. Here are some of the early warning signs and symptoms of a heart attack.

The most common heart attack symptoms to look out for include severe chest pain, and a radiating pain in the arm.

But, every person is different, and some people may only experience minor chest pain, similar to indigestion.

It’s the overall pattern of symptoms that doctors use to determine whether you’re having a heart attack.

If you, or someone else, is having a heart attack, you should call 999 and ask for an ambulance straight away, said the NHS.