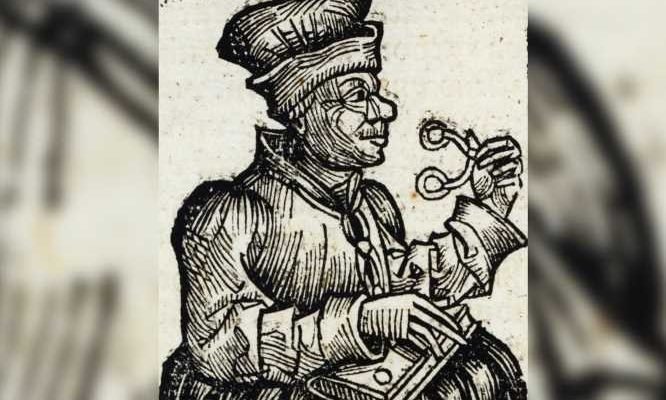 In 2017, the super-rich shared with The New Yorker their secrets for doomsday prep. Some were building luxury bunkers and stockpiling weapons. Others were buying property in New Zealand. Still others revealed that, in thinking about the possibility of civilization's collapse, they had been especially concerned with a problem right in front of their faces: Both a current and former CEO of Reddit said they'd had surgery to correct their nearsightedness to ensure their survival in the case they couldn't get contacts or glasses amid the end-of-the-world chaos.

Maybe some people fear a future without eyeglasses, but how did nearsighted people manage in the preglasses past?

Aristotle may have written the first observations of myopia around 350 B.C. Because their eyeballs are too long, people with this condition can see objects that are close by, but distant objects tend to look blurry. Neil Handley, a museum curator at the College of Optometrists in London, said not much is known about how people dealt with myopia before the first lenses for nearsighted people were invented, in the 15th century in Europe. And he noted that "even in the history of the invention of spectacles, that is a late development." [Why Doesn't Your Vision 'Go Dark' When You Blink?]

There are 13th-century European examples of handheld convex lenses that were used to treat age-related vision loss known as presbyopia. (We'd call them reading glasses today.) But the technology wasn't applied to treat nearsightedness for another 200 years, Handley told Live Science. One of the first known examples of a handheld, concave lens appears in an early 16th-century portrait of Pope Leo X — who was part of the politically influential and famously myopic Medici family — that was painted by the Italian master Raphael.

"Because of the way that lens is held, you can see through it, and the artist has captured the effect that the glass has," Handley said. "So, it is possible to say that it is a negative lens for the use of a" person with myopia.

Was myopia a big deal in the past?

Myopia could be something of a modern condition. Rates of myopia have risen sharply in recent decades, and researchers have projected that half the world will be myopic by 2050. One study by the College of Optometrists found that myopia is more than twice as common among kids in the U.K. now than it was the 1960s. In some Asian countries, the prevalence of myopia has shot up in even more. (In Seoul, South Korea, for example, about 95% of 19-year-old men are now myopic.)

Doctors are still trying to figure out the cause behind this trend, which some doctors(CK) have called an epidemic. While some have blamed genetic causes or an increase in studying and screen time, other researchers have found that children who spent less time outside were more likely to develop myopia.

Regardless of what's driving the trend, it's likely that myopia didn't affect as many people in the past as it does now. Handley said the late creation of nearsighted glasses suggests that treating the small number of people with myopia wasn't regarded as a priority and that people could have gotten by with this condition by making some adaptations in their lifestyle, such as TK or TK. Or, maybe there was more of an emphasis on putting people in jobs that were suited to their ability to see rather than on finding technological interventions that made everybody equal, he said.

"The myopic person, far from being given some correction, was actually encouraged to remain in their myopic condition, because it was actually ideal for them doing this job," Handley said. "There is even some evidence that they almost interbred people in the hope of producing myopic children who would be the future illuminators of manuscripts. This is how societies adapt to what we call disability. They don't necessarily regard it as disability."

Unfortunately, you don't have to look into the past to find nearsighted people without access to glasses. The glasses-less future that tech millionaires fear is already a reality for a lot of people alive today. More than a billion, and maybe as many as 2.5 billion, people in the world need but don't have glasses to correct for various vision impairments, according to The New York Times. This is an especially critical public health issue in the developing world, where uncorrected vision problems can hinder kids' education, cause road accidents and prevent people from working.