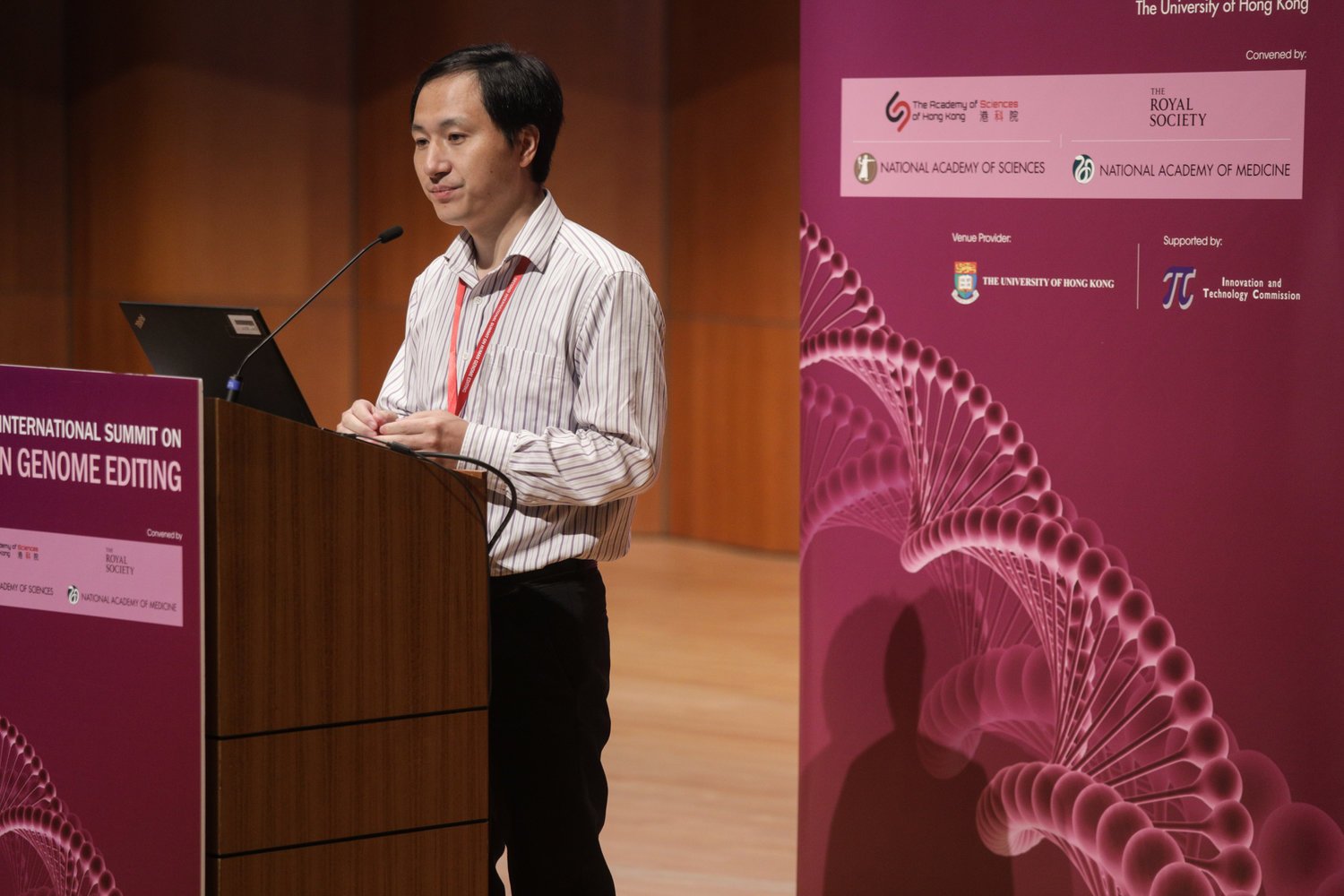 Questions are swirling after the announcement that the first gene-edited babies were born earlier this month — including what exactly researchers did and whether it worked.

The announcement came via a YouTube video posted Sunday (Nov. 25) by Jiankui He, a Chinese scientist. He released the video after MIT Technology Review reported on the existence of clinical trial documents indicating that researchers were recruiting potential parents for a gene-editing study of embryos that would then be implanted via in vitro fertilization. Soon after, the Associated Press reported He's claims that two twin girls, dubbed LuLu and NaNa, were born weeks ago.

But scientists were left scrambling to understand what exactly He and his colleagues had done — and whether their gene-editing succeeded. He publicly presented their data for the first time at the Second International Summit on Human Genome Editing in Hong Kong on Nov. 28 without letting conference organizers know the content of the presentation beforehand, just one of the many departures from traditional scientific norms and bioethics. [Genetics by the Numbers: 10 Tantalizing Tales]

"This is quite disturbing and quite a shock for all the people in the field," said Chengzu Long, an assistant professor of medicine at New York University Langone Health who works with the type of gene-editing He and his colleagues claim to have done.

Experts contacted by Live Science all say they suspect that He and his colleagues truly did attempt to edit the genes of the twins as they say they did. This is probably not a hoax or a stunt like the famous Raëlian cult fake-out of 2002, in which a group of UFO believers claimed to have successfully cloned a human.

"Something was done," said geneticist Eric Topol, the director of the Scripps Research Translational Institute in California. "That we can say."

Kiran Musunuru, an associate professor of cardiovascular medicine and genetics at the Perelman School of Medicine at the University of Pennsylvania, is one of the few researchers who has seen He's data. The Associated Press provided him with an unpublished manuscript of He's claims to review. The manuscript was at once convincing and disturbing, Musunuru told Live Science.

"The data I did see in the manuscript was consistent with editing happening in the embryos, and editing persisting in the twins after they were born," he said.

Distressingly, Musunuru added, this editing was flawed. The researchers used a technique called CRISPR-Cas9 to trim a gene called CCR5 from the embryos that developed into LuLu and NaNa. People with mutations in this gene often show some resistance to HIV infection, which was the benefit He and his colleagues wanted to convey. But in one twin, Musunuru said, gene edits in only one of the two copies of CCR5 was successful, meaning the other copy was active. That twin, he said, would not get any immunity benefit against HIV. And in both embryos, there was evidence of mosaicism — some cells carrying the edited gene, and others carrying the original. During his talk, He mentioned that in one embryo, there was evidence of a possible off-target effect, in which the molecular tools that scientists use to edit the genome target the wrong spot, altering genes that the researchers didn't mean to change. [Bionic Humans: Top 10 Technologies]

"I find it absolutely appalling that they took these embryos that had clear issues with the editing and went forward with them," Musunuru said. "How could you do that?"

In his presentation, He said another pregnancy using a gene-edited embryo is underway.

In a typical scientific process, experts said, the data from the twins would be published or presented more widely to be peer-reviewed by a broad range of scientists. Ideally, Musunuru said, there would be independent confirmation of the genetic sequencing: DNA would be collected from both parents and both twins to show that the editing really occurred and that any mutations in the children's genes weren't passed down from mom and dad. (He did show data in his talk with evidence of such sequencing.)

Sequencing the genes to look for the changes in CCR5 isn't so complicated, Long said. Cells can be taken from embryos for genetic sequencing before they're even implanted in the mother's womb, he said. According to Musunuru, in the unpublished manuscript, He and his colleagues say they took cells from the placenta and the umbilical cord blood for genetic sequencing.

In Hong Kong, He presented the data Musunuru described reading in the unpublished manuscript, including the possible off-target effect in the early embryo, which He claimed was not present in the child after birth. But detecting off-target effects is very tricky, Topol said. Discovering these mistakes is "easier said than done," Topol told Live Science.

DNA is wrapped up inside the cell like a tangled bit of string with a complex 3D structure, he said. Off-target effects could happen anywhere along this snarl of molecules, so they're hard to find. What's more, the ramifications of any mistakes could echo for generations, considering that LuLu and NaNa will pass their edited genes down to their own children.

It's unclear what the possible off-target alteration could mean for the twins' health; it's possible that the girls could be fine, he said, but that future generations might suffer.

"You can imagine a scenario where a harmful mutation spares one of the girl's bodies for the most part but ends up in her eggs and then who is going to be affected? Her children," Musunuru said.

Even if the editing worked in the sense that the twins do indeed carry the edited genes in their cells, it's not so clear that those edits will do them any good. And it's nearly impossible to test if they work in the real world.

According to Topol, researchers could remove cells from the twins to test whether HIV could infect them in lab dishes. However, the edits don't confer total immunity against HIV, only resistance, said Kelly Hills, a bioethics consultant at the firm Rogue Bioethics. There's no way to really know that they have a real-world effect, Hill said, unless you were to expose the babies to HIV repeatedly and found that they didn't get an infection. That, of course, she said, would be wildly unethical.

"We're never going to know if it was successful," Hills told Live Science.

Editor's note: This story was updated at 12:10 p.m. ET to correct Kiran Musunuru's title and affiliation. He is at the University of Pennsylvania, not Harvard University. Kelly Hills' name was also corrected.