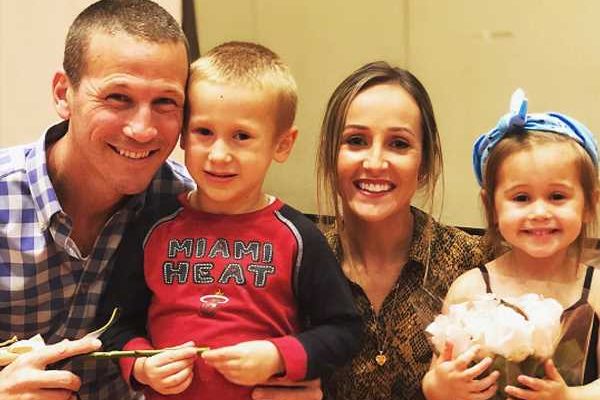 J.P. Rosenbaum is back at home and recovering after learning he has Guillain-Barré syndrome, but he still has a long list of things he “can’t do.”

The former Bachelorette star, 42, said his second full day home from the hospital was “pretty good” overall after dealing with “brutal” migraines the day before, a side effect of getting an IVIG, or a blood infusion.

“Aside from having headaches throughout the day when standing for too long, overall pretty side effect-free, I would say, from the IVIG,” he said on his Instagram Story on Wednesday night.

But Rosenbaum said that he’s struggling to do normal tasks because of Guillain-Barré, a rare neurological disorder that causes the body’s immune system to mistakenly attack the peripheral nervous system. The symptoms start with tingling in the arms and legs, which can quickly spread to paralysis through the body.

Rosenbaum — father of Fordham Rhys, 5, and Essex Reese, 3 — said he’s meeting his neurologist for the first time on Thursday.

“We’ll see what he says in regards to next steps,” he said. “So, good day. Maybe another update tomorrow.”

There is no cure for Guillain-Barré, which affects just one in 100,000 people each year, but there are treatments that make the condition manageable when the paralysis first starts. Most people will fully recover, but it can take weeks, months or years.

Rosenbaum’s wife, Ashley Hebert Rosenbaum, shared that information with her Instagram followers on Sunday, when they announced his diagnosis.

“It may be a long road to full recovery, but we are so grateful to everyone that has helped us get to a speedy diagnosis and treatment,” she said.

On Wednesday night, J.P. thanked all of his friends and followers for their support.

“Thank you again, for everybody, and I’ve gotten hundreds and hundreds of emails and calls and texts,” he said. “One more thing I would like to say is I have read every single message, DM, text, email. I’ve read them all. So I apologize if I have not gotten back to everybody, but I can assure you that I will, that all your stories mean a lot to me, and you certainly deserve a response, just bear with me if you would. But again, thank you.”