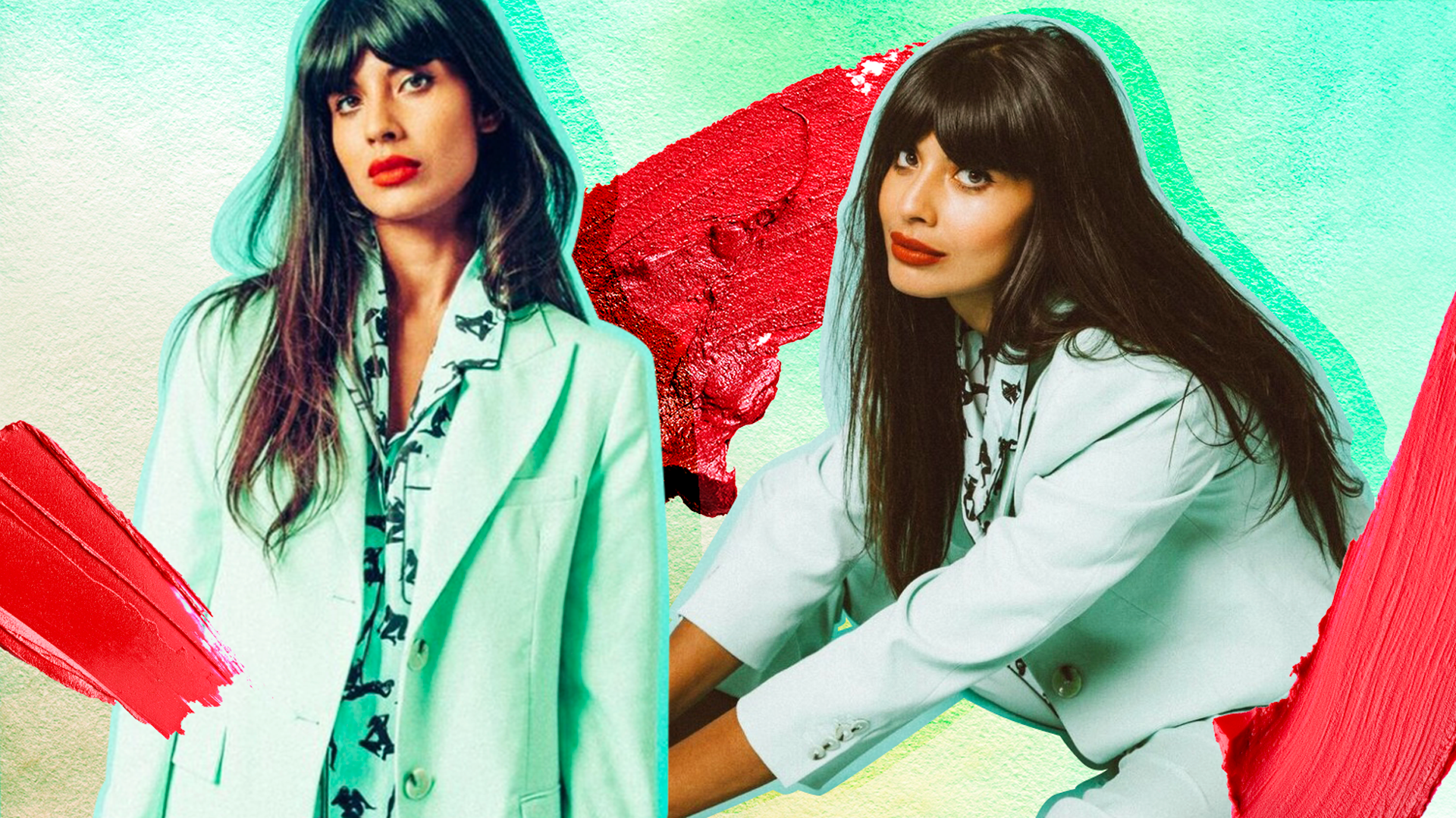 We have heard a lot from Jameela Jamil this past year — and that’s a really good thing. The actor and activist started the @i_weigh social media movement in March 2018 as a place where people can post photos of themselves along with descriptions of what they value in their lives (spoiler: It’s never weight-related). Now, in an article for BBC News, Jamil calls for a ban on airbrushing photos, referring to the practice as “a crime against our gender.”

“I would like to put airbrushing in the bin. I want it gone. I want it out of here,” Jamil writes. “I think it’s a disgusting tool that has been weaponised, predominantly against women, and is responsible for so many more problems than we realise because we are blinded by the media, our culture and our society.”

She goes on to explain that she dealt with eating disorders as a teenager and has experienced how damaging these airbrushed images in magazines can be for people who compare themselves to the professionally manipulated pictures. Jamil then questions how this practice is “ethical or even legal,” given the false information and ideals it perpetuates — not only for the people looking at these photos, but for the person featured in them as well.

“When photo editors try to lighten my skin and change my ethnicity, it’s bad for the girls who are looking at the picture. But it’s also bad for my mental health,” she writes. “It makes me dislike what I’m seeing in the mirror. It’s a message from the editor to me that I am not good enough as I am.”

And Jamil’s claims about the dangers of airbrushing aren’t just anecdotal — there are frightening statistics to back it up. For example, she cites the 2016 Girls’ Attitudes Survey, which found that two-thirds of teenage girls and young women don’t think they’re pretty enough and 93 percent think they’re judged on their physical appearance more than their ability. That is heartbreaking.

“When you filter a woman’s photo you are legitimising the patriarchy’s absurd aesthetic standards, that women should be attractive to the straight, male gaze at all costs,” she writes. “When you filter your selfies, you are doing the same thing.”

So what does she suggest doing to combat this? A good start is to “delete the apps and unfollow those who are complicit in this crime against our gender.” You can also stop supporting companies and brands that use airbrushing to sell this lie of physical perfection.

Our beauty-obsessed culture isn’t going to change overnight, but in the meantime, we have voices like Jamil’s to call bullshit on these impossible standards.