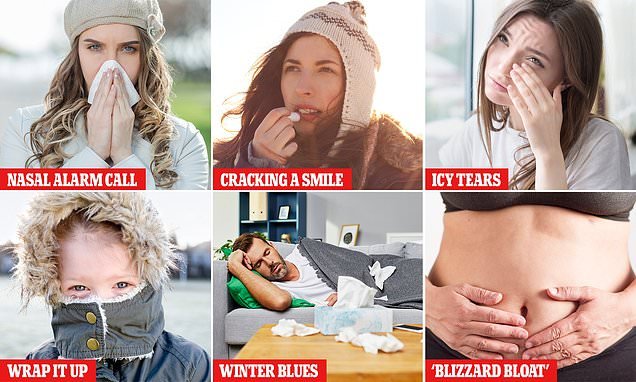 So that’s why a cold snap makes your nose run: From icy tears to needing the loo more, JOHN NAISH reveals how your amazing body adapts to the big freeze 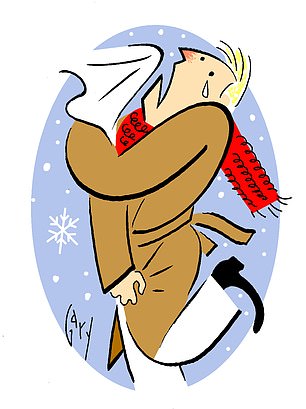 Temperatures are plummeting this week with snow and sleet forecast soon. Thankfully, the human body adapts superbly to chilly weather in a number of surprising ways.

Here, JOHN NAISH explains the wide-ranging effects that the cold has on us and how we deal with them . . .

Up To 90 per cent of us get runny noses when it’s cold. The medical term is ‘cold-induced rhinitis’ (or ‘skier’s nose’ as it’s also known since it particularly affects fans of winter sports).

It is an inconvenient result of our bodies doing their best to keep our lungs from freezing.

Nerves inside the nose sense cold air and stimulate warming bloodflow and a rush of mucus that turns the chilly inhaled air steamily humid.

By the time it gets to the back of our nose it’s been heated to 26c, so it won’t freeze lung cells.

Studies indicate that our nose can produce up to 400ml of mucus a day in freezing conditions. That’s usually too much, as nature overcompensates to be on the safe side (it certainly beats having our lungs freeze).

The result is an annoyingly drippy nose. Decongestant drugs can stop this, but they also inhibit this vital bodily defence.

That’s why it’s always best to carry a hanky. 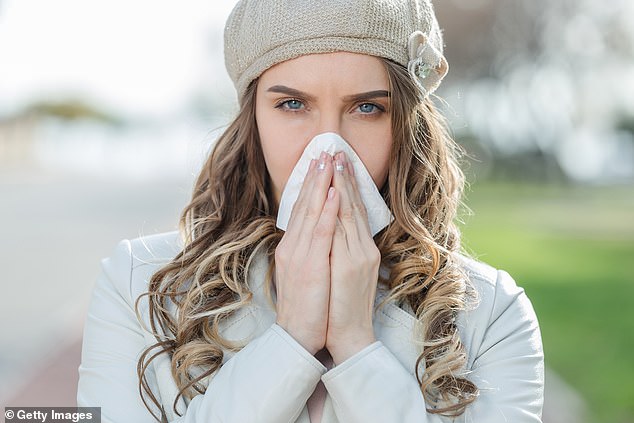 Up To 90 per cent of us get runny noses when it’s cold. The medical term is ‘cold-induced rhinitis’ (stock image) 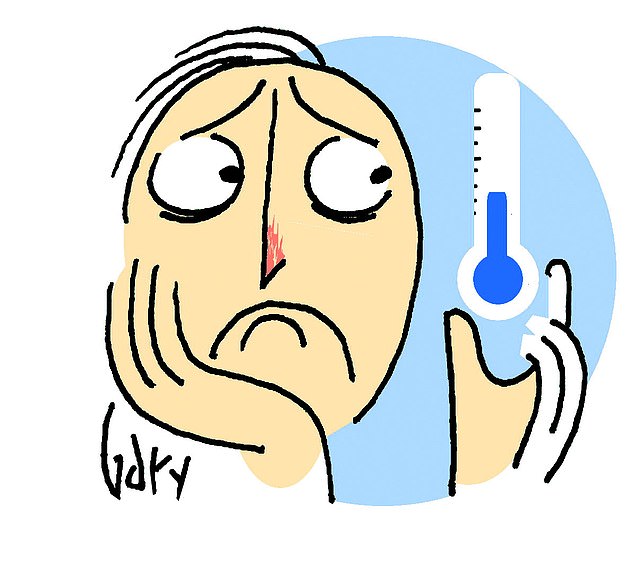 Take pity on the lips, which are exposed to freezing weather without being covered in the body’s usual thick protective layer called the stratum corneum — which is comprised of dead skin cells that form a tough barrier between the environment and the lower layers of the skin.

It means they are kiss-sensitive and lusciously rosy. But their lack of protection often comes at a painful cost — chapped lips, or, as doctors call it, cheilitis.

When the weather turns cold and there is less humidity in the air, our lips become dry and crack-prone.

To make matters worse, when lips feel dry in biting cold winds, you probably have an urge to lick them — which slathers them in digestive enzymes that break down their skin covering — making them crack and chap further.

What’s more, crucially, you should apply balm only to clean lips — if you lick them beforehand, the balm simply locks in the destructive saliva. 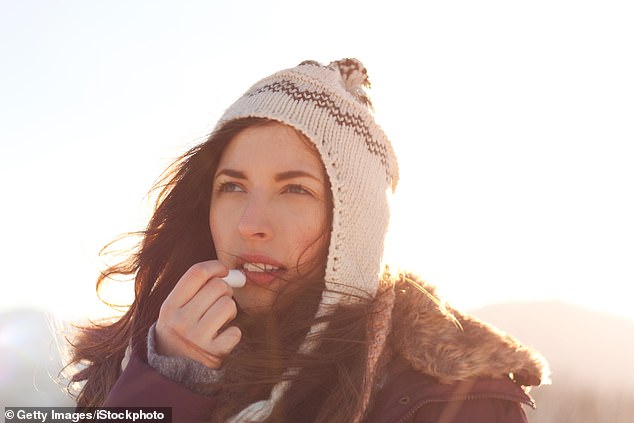 When the weather turns cold and there is less humidity in the air, our lips become dry and crack-prone (stock image)

When we are standing in a freezing wind, our eyes can become all blurry with tears.

It’s more than just a nuisance if we are running or cycling — it can be downright dangerous. But why does this happen? This is another protective physical mechanism — in this case to stop eyes becoming painfully, damagingly dry.

In freezing temperatures, an oily substance — meibum — that helps to form the outermost layer of the wet film over our eyes becomes too thick and stiff to spread evenly across the eye surface. As a result, eyes can become unlubricated and painful. To compensate, the tear ducts go into overdrive. In the long run, this protects the eyes, though the immediate short-term effect is to make the world go blurry. 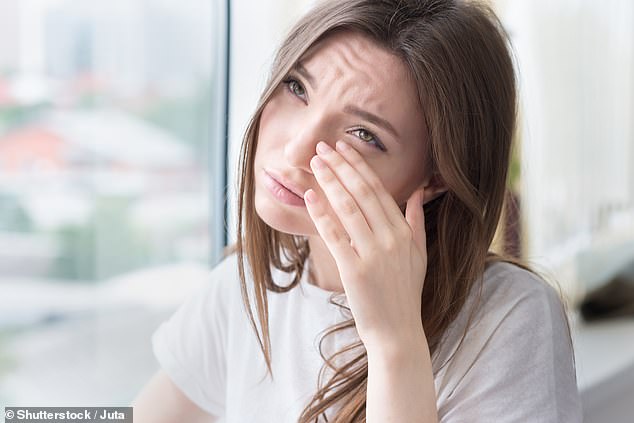 When we are standing in a freezing wind, our eyes can become all blurry with tears (stock image)

Scientists have often blamed catching colds on the fact that in chilly weather, people tend to huddle together in fusty rooms, enabling cold germs to spread more easily.

But three years ago, research by Yale University showed that cold viruses have evolved to become more infectious when the body is chilled.

The study showed that rhinoviruses, the most common cause for colds, are better able to reproduce at temperatures just below the body’s normal 37c.

The body is also less efficient at releasing immune-system proteins called interferons when the cells in our nose, in which they are produced, are cold. So wrapping a scarf around the nose might not stop us breathing in cold viruses, but it could keep the nose snug enough to fight them off. 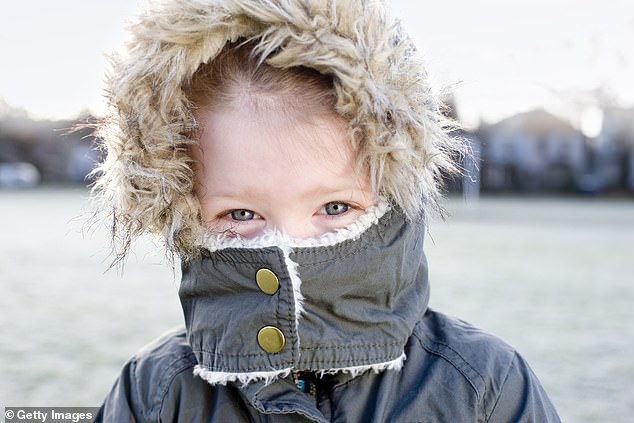 Three years ago, research by Yale University showed that cold viruses have evolved to become more infectious when the body is chilled (stock image)

Researchers who asked men to go out in cold weather found their need to urinate doubled when exposed to cold air.

However, after an hour their bodies adjusted and that desire to pass water abated, according to Helsinki University scientists. Doctors call this ‘cold-induced diuresis’. No one has explained it definitively, but the Finns suggest the cold may make blood vessels constrict to keep the blood warm inside our body’s core away from our skin. But this constriction of the blood vessels also raises blood pressure.

Our kidneys therefore try to lower blood pressure by siphoning fluid out of the body and into the bladder. 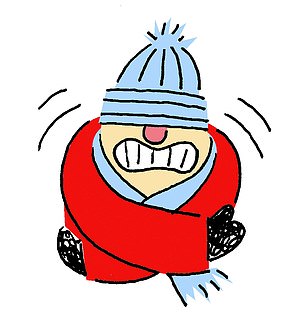 Why can cold weather make you feel glum and antisocial?

Why can cold weather make you feel glum and antisocial? The emotional link with cold is deeply embedded in everyday language, such as being ‘given the cold shoulder’, receiving ‘icy glares’ and a ‘frosty reception’.

But our mood can change dependent on temperature.

Yale University psychologists have found that people playing games which require co-operation are significantly more likely to trust each other if they are warm, rather than chilly.

Results of a brain-scanning experiment conducted from tests in 2013 have helped to explain why this happens. Dr Tristen Inagaki, a psychological researcher at the University of Pittsburgh, placed volunteers in an MRI scanner while they were asked either to read loving letters from friends and family or to hold warming packs in their hands.

In both situations, the same two areas of their brain lit up in response: the vental striatum, which is associated with enjoying positive emotions, as well as the middle insula, which is linked with feelings of trust, attachment and reward. Scientists suggest that this cross-wiring is no accident, as babies may be programmed to associate warmth with comfort and hugs and, alternatively, cold with life-threatening neglect.

It’s unsurprising, therefore that researchers found that chronically lonely people tend to take far more hot baths and showers than normal. The heat seems to take away their pangs of isolation —even if there is only a rubber duck for company. 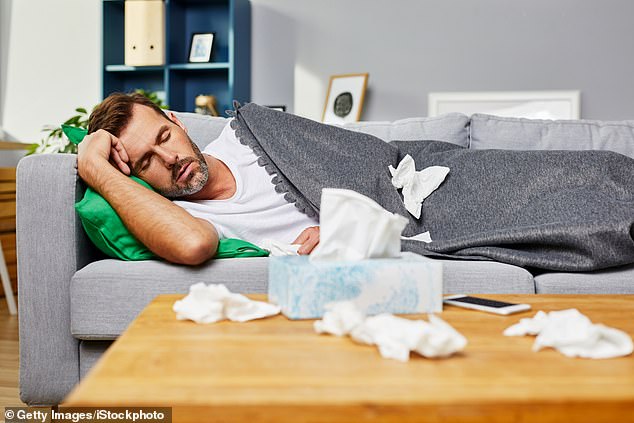 Yale University psychologists have found that people playing games which require co-operation are significantly more likely to trust each other if they are warm, rather than chilly (stock image)

Doctor Andrew Higginson, an animal behaviourist at the University of Exeter, says that cold winter weather causes humans to have ‘subconscious urges to overeat’.

Dr Higginson believes there is an evolutionary explanation: it’s all about survival.

In the journal Proceedings Of The Royal Society, he explains: ‘Storing fat is an insurance against the risk of failing to find food, which for pre-Industrial Age humans was most likely in winter.’

While hardy outdoor types and penny-pinching householders might argue that shivering burns up calories and keeps us slim, the scientific evidence says otherwise — for keeping the thermostat turned up at home does seem to keep our fingers away from foods such as chocolate. 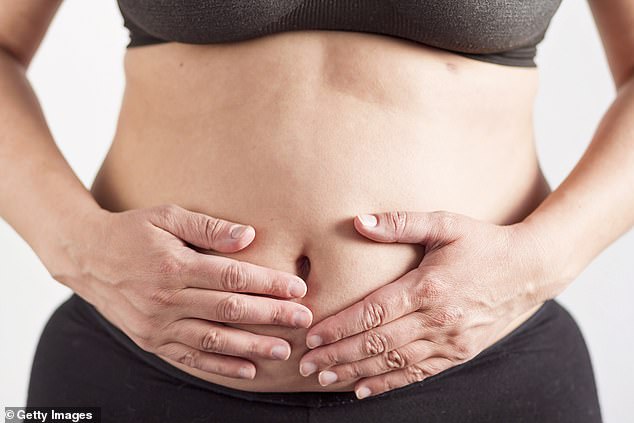 Doctor Andrew Higginson, an animal behaviourist at the University of Exeter, says that cold winter weather causes humans to have ‘subconscious urges to overeat’ (stock image)