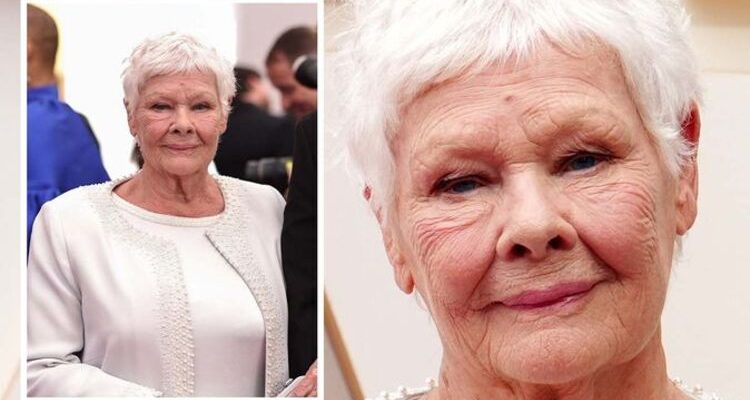 The star is visually impaired due to her condition known as aged-related macular degeneration (AMD) which she was diagnosed with in 2012. It’s a condition that affects several areas in Judi Dench’s life, including her acting, her ability to do simple things like crosswords, and her driving.

One of the worst parts of her battle with the condition was the “appalling” moment when she realised she could no longer drive, she said in an Interview with Radio Times.

“A couple of years ago I stopped driving, which was one of the most traumatic moments of my life”, she told the publication.

Although macular degeneration often doesn’t lead to complete blindness, it can severely impact the central field of vision.

Some people see shapes, colours and other details.

Dench said: “I just know I’ll kill somebody if I get behind the wheel of a car now.”

She also said in a charity talk with the Vision Foundation that she has had to adjust to the condition in her acting career.

The actress, who is notorious for her role as the MI6 officer M in the James Bond films, has to get others to read her lines.

There are two types of aged-related macular degeneration: dry AMD and wet AMD.

Dry AMD progresses slowly whereas wet AMD can lead to more rapid and severe vision loss but is more treatable.

Dench’s mother also suffered from the condition and the actress fears her daughter will develop it aswell, she revealed when talking to the Radio Times.

There is evidence that the disease is hereditary. Scientists have been able to identify genes that are related to the condition.

The condition is also more common among caucasion people, again suggesting that it is gene-related.

When she was asked about whether she will go completely blind, she said: “I don’t want to say. I can see enough… You adapt to it. So I ignore it altogether.”

The Macular Society states that roughly 1.5 million people in the UK are affected by macular disease, which includes age-related macular degeneration and over a dozen other types of macular disease.

Cathy Yelf, chief executive of the Macular Society, said in 2018: “This is an alarming figure. We know macular disease is the biggest cause of blindness in the UK, but it’s the first time that the full extent of macular disease has been collated and the total number is shocking.

“This is a problem that is not going away and is only getting worse. There is currently no cure for macular disease and most types are not even treatable. It’s time something is done.”

Since Yelf’s call for action, there has been new research into medication for the condition.

New research by the University of California Berkeley found that a drug used to treat alcoholism called Antabuse could improve the sight of people with visual disorders.

Mice that were nearly blind and given the drug became better at detecting images on a computer screen.

They saw a decrease in the creation of retinoic acid, which is produced when light-sensing cells in the retina gradually die.