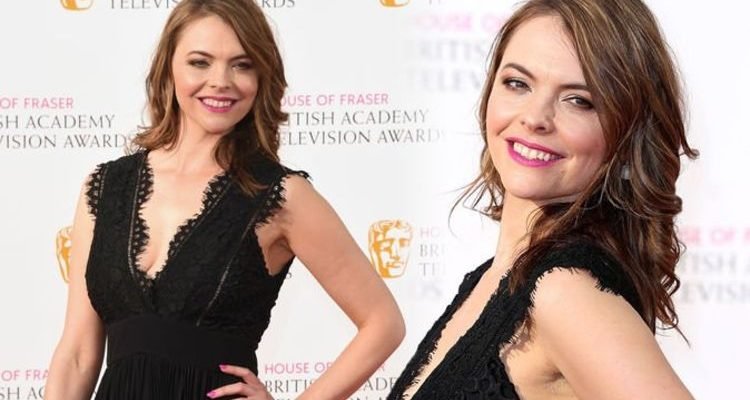 Kate Ford, 42, played Tracy Barlow in ITV’s Coronation Street between 2002 and 2007, and made a return to the cobbles in 2010. Since her arrival on the soap the actress has impressed with her acting skills, scooping up two British Soap Awards – one for Best Actress and another for Best Storyline. But Kate’s road to soap stardom hasn’t come problem-free. In 2017, the star, who has one child, opened up about her health battle on Twitter after US singer Halsey shared her experience.

Kate tweeted: “I suffer from this it’s not easy.”

The condition both the Tracy Barlow actress and Halsey were referring too was endometriosis.

Endometriosis is a condition where tissue similar to the lining of the womb starts to grow in other places, like the ovaries.

In October last year Kate Ford detailed more of her condition on Twitter.

She wrote: “To all those other women suffering from #endometriosis I feel your pain.

“All plans cancelled for today and I’m off to bed.”

Endometriosis can affect women of any age, but is most common in women in their 30s and 40s, says the NHS.

It says symptoms include:

You may also have heavy periods – you might use lots of pads or tampons, or you may bleed through your clothes.

It adds: “For some women, endometriosis can have a big impact on their life and may sometimes lead to feelings of depression.”

If you experience the symptoms of endometriosis you should see your GP.

The health body further advises: “It may help to write down your symptoms before seeing your doctor.

“It can be difficult to diagnosis endometriosis because the symptoms can vary considerably, and many conditions can cause similar symptoms.

“Your GP will ask about your symptoms, and may ask to examine your tummy and vagina.

“They make recommend treatments if they think you have endometriosis.”

Treatments for condition include painkillers, hormone medicines, surgery to cut away patches of endometriosis tissue, and an operation to remove part or all of the organs affected by the condition.

Another Coronation Street star who’s spoken about their health in the past is Kym Marsh.