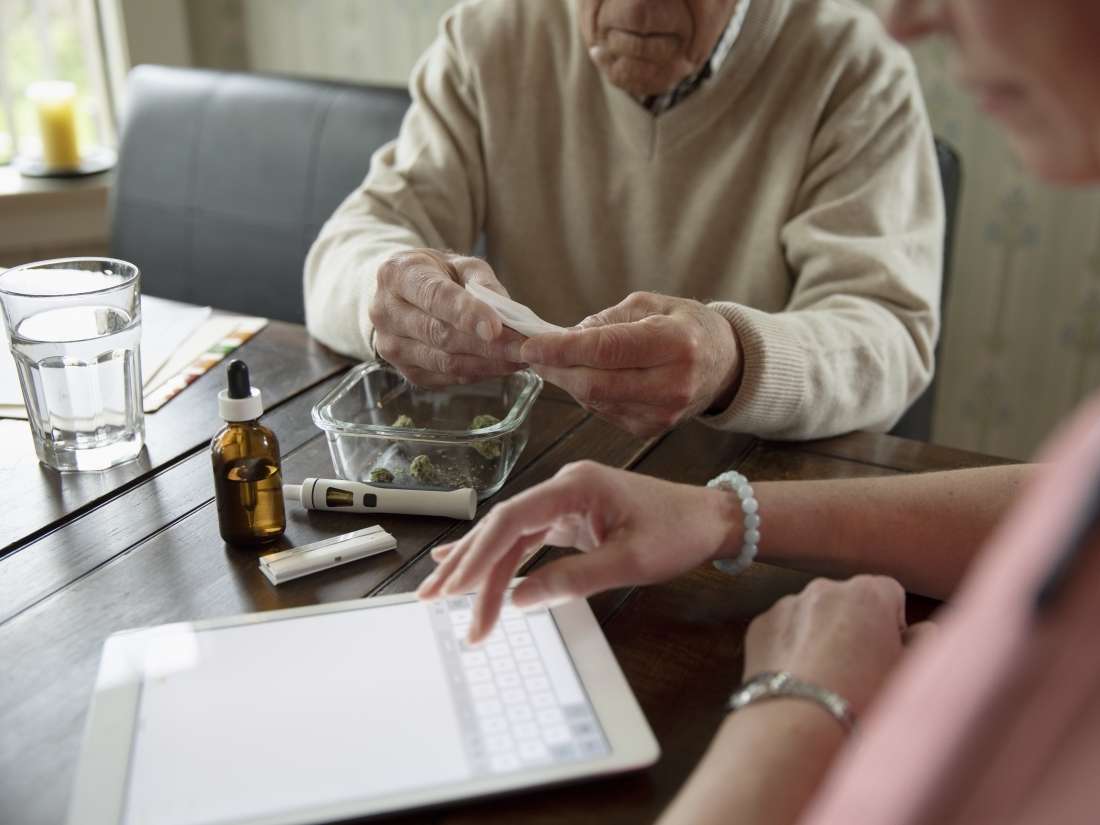 Crohn’s disease is a type of inflammatory bowel disease (IBD). This chronic condition causes inflammation of parts of the digestive tract. Doctors do not fully understand what causes Crohn’s disease, but they believe that it results from a problem with the immune system.

The symptoms of Crohn’s disease can vary considerably in type and severity, but they often include:

Crohn’s disease is typically a relapsing-remitting condition. This term means that people experience both periods of remission, during which they have few or no symptoms, and “flare-ups,” when their symptoms get worse. There is currently no cure for Crohn’s, so treatment aims to relieve symptoms and keep a person in remission.

In this article, we look at the research on whether marijuana can help treat Crohn’s disease. We also cover some of the benefits, risks, and side effects of medical marijuana.

There is some evidence to suggest that marijuana, also known as cannabis, may have the potential to ease the inflammation that causes many of the symptoms of Crohn’s disease.

However, a 2018 systematic review concluded that there was not enough evidence to confirm that marijuana and marijuana oil are safe and effective for people with active Crohn’s disease.

The review analyzed the results from three studies.

The first study involved 21 people with active Crohn’s disease who smoked either a marijuana cigarette or a placebo one every day for 8 weeks.

The second study compared marijuana oil with placebo oil in 22 people with active Crohn’s disease and found no difference in clinical remission rates.

In the third study, researchers gave 50 people with active Crohn’s disease either marijuana oil or a placebo for 8 weeks. They found that marijuana oil led to better scores in quality of life and symptom severity than the placebo.

The authors of the systematic review stated that the quality of evidence in these trials was low. They also noted that there was a high risk of bias in two of the studies. They concluded that more extensive studies are necessary to evaluate the safety and effectiveness of marijuana for treating people with Crohn’s disease

The current body of research suggests that marijuana may help by:

However, there is only limited evidence to support the effectiveness of medical marijuana in treating these symptoms in people with Crohn’s disease.

One study found that use of marijuana by teenagers with IBD was common, with many users believing that it relieved physical pain.

Marijuana can cause a range of short-term and long-term side effects. However, side effects vary between people, and not everyone will experience them.

Short-term side effects are those that occur only while the cannabinoids are in a person’s body. These may include:

Due to these side effects, people should not use marijuana before driving, operating potentially dangerous machinery, or doing any other activity that requires quick thinking or reflex actions.

Long-term side effects are those that can affect people after they have been using marijuana consistently for some time.

These may include depression, anxiety, and addiction. People who smoke marijuana are also at risk of developing physical health problems, such as a chronic cough, bronchitis, or lung infection.

In some cases, long-term marijuana use can cause a disorder called cannabinoid hyperemesis syndrome. The symptoms of this condition include nausea, vomiting, and abdominal pain.

Healthcare professionals recommend that some people avoid medical marijuana. These people include pregnant women, as there is not enough evidence to demonstrate that the drug is safe for the unborn baby.

People with a personal or family history of mental health issues should also avoid using marijuana because it could potentially worsen their symptoms.

Crohn’s disease is a long-term condition with no cure. Some limited evidence suggests that medical marijuana may ease some of the symptoms of Crohn’s disease. However, there is a need for further research to confirm these potential benefits.

It is important to note that a range of different medical treatments can help a person with Crohn’s disease achieve and maintain symptom remission. Anyone considering the use of medical marijuana should speak to a doctor for advice.