Researchers at Leipzig University have partnered with Syrian refugees and an agency for e-mental health services to develop and scientifically test an app to help users deal with post-traumatic stress and related mental strain. The app—Sanadak—has now been published in Arabic and German and can be downloaded free of charge.

“Our app offers an easy-to-access, immediate help program that provides knowledge and orientation for mental health consequences of flight, and teaches simple, everyday steps for coping with post-traumatic stress in an interactive way,” explains Professor Steffi Riedel-Heller, Director at the Institute of Social Medicine, Occupational Medicine and Public Health (ISAP) at the Faculty of Medicine.

Flight from war and conflict often has lasting impacts on people’s mental health. At the same time, in host countries treatment options that take cultural and linguistic aspects into consideration are often difficult to find and associated with long waiting times. “In addition, many people refrain from seeking out therapeutic services due to fear and prejudice surrounding mental illness. With the app, we want to help fill a gap in care, reduce the stigmatization of mental illnesses, and thus lower barriers to starting therapy,” says Dr. Susanne Röhr, project coordinator and research assistant at the ISAP.

The app’s efficacy was tested by means of a randomized control trial at the Faculty of Medicine. Of a total of 133 Syrian refugees between the ages of 18 and 65 from Leipzig, Dresden, and Halle/Saale, half of the participants tested the app over a period of four weeks, while the other half, the active control group, were given a comprehensive psychoeducational brochure on post-traumatic stress and coping strategies. 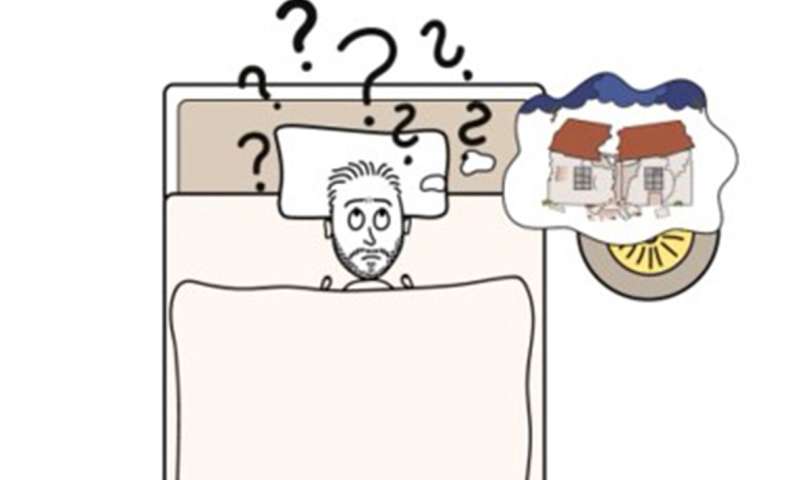 Interviews conducted immediately after the test phase as well as four months later demonstrated a strong decrease in post-traumatic stress, depressive symptoms, and feelings of anxiety in both groups. The app users also perceived their mental illness with less stigmatization. There were no adverse side effects. “From our study results, it can be concluded that Sanadak reduces prejudices against psychological stress and can be helpful as an initial aid and to bridge waiting times for outpatient therapy,” explains Dr. Röhr.

The demand is high: according to the United Nations, more than six million people have fled Syria since the outbreak of war there in 2011. This made Syria the world’s largest country of origin for refugees by 2021. According to the Federal Office for Migration and Refugees, almost 900,000 Syrians have sought asylum in Germany so far. Scientific studies have shown that around three quarters of Syrian refugees in Germany experienced or witnessed traumatic events before, during or after fleeing from Syria. As a result, more than one in ten have post-traumatic stress disorder, depression or anxiety disorders.

In order to know the actual needs of users, the content of the app was developed in close consultation with Syrian refugees. The app can be used in Arabic or German. It has a modular design: based on proven behavioral therapy techniques, central content looks at how to cope with psychological stress or deal with trauma triggers. The program also offers help in finding social support and shows what activities help users to relax.