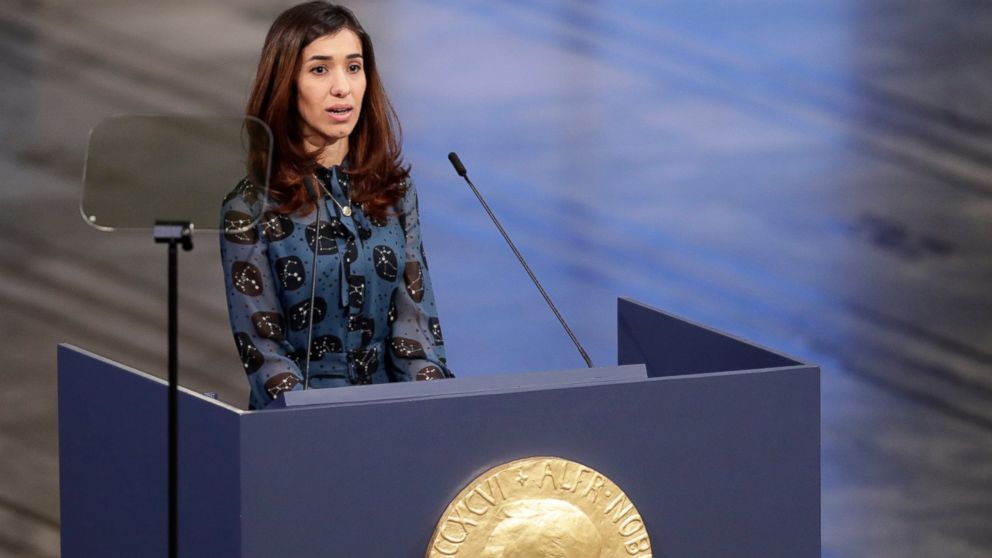 Nadia Murad, the Iraqi woman who shared this year’s Nobel Peace Prize for her activism against sexual violence in wartime, says she wants world leaders to translate sympathy for the victims into action against the abusers.

Murad said at the award ceremony Monday in Norwegian capital Oslo that “the fact remains that the only prize in the world that can restore our dignity is justice and the prosecution of criminals.”

She said through an interpreter that “I do not seek more sympathy; I want to translate those feelings into actions on the ground.”

Murad shares the 9 million-Swedish-kronor ($1 million) prize with Denis Mukwege, a Congolese surgeon who founded a hospital where he has treated countless women who were raped and abused during decades of conflict in the country.