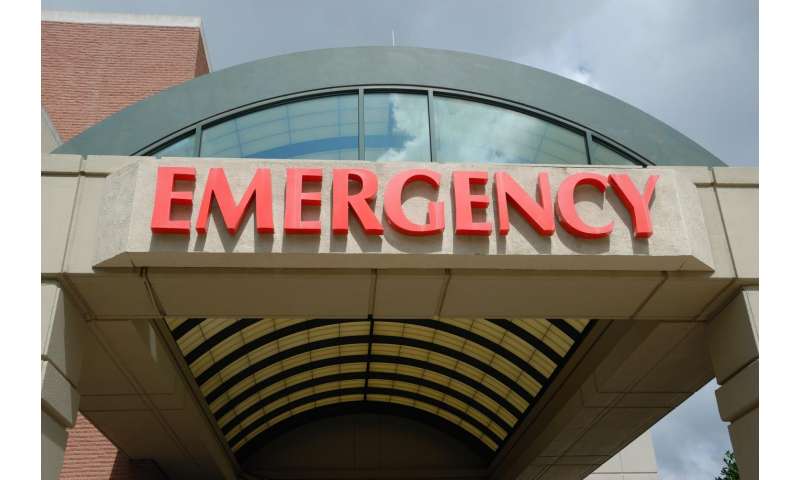 Of the roughly 74,000 emergency department visits for gunshot injuries in the United States every year, a third are treated in community hospitals that are not trauma centers, according to new research published today in JAMA Surgery. While public health efforts to better understand gun violence in the United States have increased, until now there has been relatively limited research on non-fatal gun injuries, which far outnumber fatal injuries, and where patients are treated. The recent availability of nationally representative data from over 900 U.S. hospitals allows researchers to better understand the injuries that are seen in the emergency department, and their causes and outcomes. The study, from researchers at Penn Medicine, could help inform hospitals’ efforts to reduce future, gun-related injuries in their communities.

“Most people would expect that these injured patients are taken to trauma centers, but we found out that one in three are not. That’s fairly surprising given that there is much greater chance of survival of critical injuries if treated in a trauma center based on the expertise, resources, and protocols that exist in these centers,” said M. Kit Delgado, MD, MS, an assistant professor of Emergency Medicine and Epidemiology in the Perelman School of Medicine at the University of Pennsylvania and Penn’s Injury Science Center.

Among trauma centers in the United States, only 25 have established hospital-based violence intervention programs aimed at preventing recurrent firearm injuries – which occur in about one in 10 patients. These programs have shown not only to lower non-fatal injuries and saves lives, but also cut down on health care costs.

The new findings underscore the need to expand such programs to both trauma and non-trauma centers. Expanding the coverage of violence intervention programs across all trauma centers would cover most assault victims, the authors said, but these programs would benefit from engaging the high volume of patients treated and released directly from the emergency department.

“Another striking finding is that while only two percent of firearm deaths in the U.S. are due to unintentional causes (such as toddler picking up an unlocked gun), we found that 36 percent of gunshot victims that actually make it to an ER are injured by unintentional causes, and the majority of this group is actually treated and released from non-trauma center emergency departments,” Delgado said. “The findings suggest an urgent need to develop effective counseling programs, which include safe-storage interventions that could be adopted in a broad range of emergency departments, including those in community hospitals.

The researchers analyzed data from the 2009-2014 Nationwide Emergency Department Sample (NEDS), a stratified national sample from over 900 emergency departments across the United States, including both trauma and non-trauma centers, such as community hospitals. Over the five years, they found a total of 445,915 emergency room encounters. Most of the firearm injuries in the study pool were due to assault/violence (49 percent) followed by unintentional injury (36 percent) and self-harm (5 percent). The researchers also found that only one out of five firearm injuries were assault injuries admitted to trauma centers.