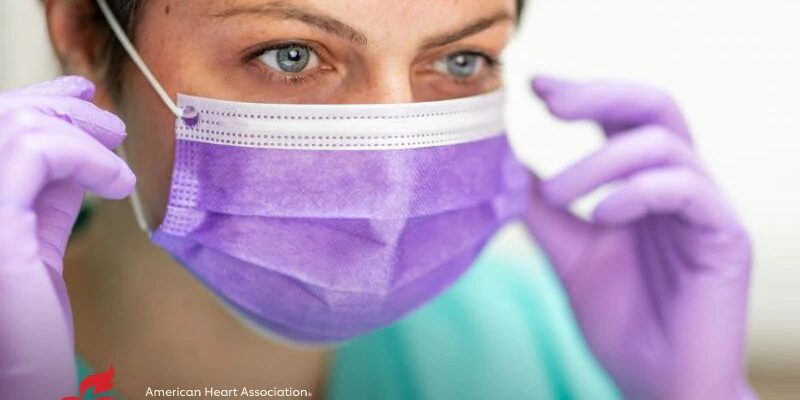 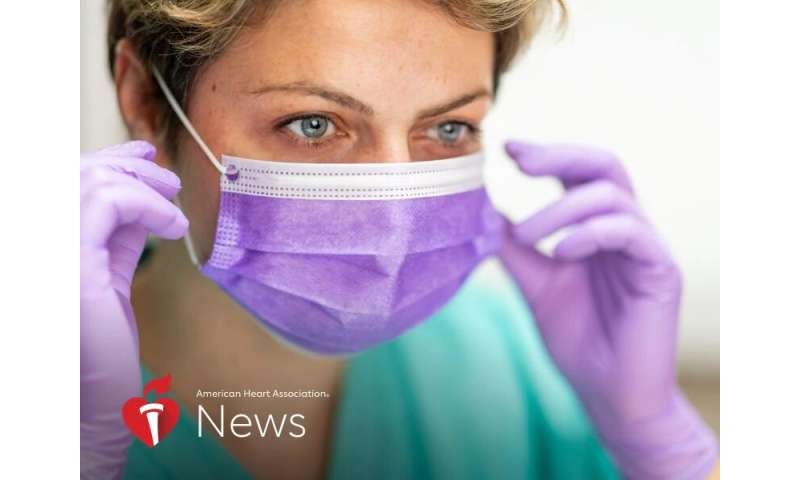 Doctors and nurses are trained to deal with life-and-death situations, to be calm in the face of crisis. But whether it’s in hard-hit New York or places where COVID-19 has yet to surge, medical workers say the pandemic is straining their mental health like nothing before.

“The stress is probably 100 times what you could have imagined it was in the past,” said Judy Davidson, a nurse scientist at University of California, San Diego Health. Davidson, whose research shows nurses were at higher risk for suicide than the general population even before the coronavirus struck, said delivering psychological support to health care workers will be as crucial as providing protective gear.

Stories from some of those on the front lines make clear why.

“To me, it’s almost like going into a battlefield, where every enemy is a sniper,” said Poppy Strochine, a nurse in Cincinnati. “You don’t see him. You don’t know where it’s going to come from. And you don’t have the supplies that you need to keep yourself safe to actually do the battle.”

As a wound care specialist, she visits people in home after home, unsure of what they might have been exposed to. Strochine has yet to encounter a case of COVID-19—that she knows of. But “I’m right up against the patient dealing with the wounds. If they cough or sneeze or even touch me, I’m infected.”

The coronavirus, she said, “basically puts you on an island where you are there by yourself.”

She particularly misses the physical touch of her family. “I really can’t do that. Because at any point in time, you don’t know if you’ve got it. And to pass it along to them—I’d never forgive myself.”

Dr. Mitchell Elkind, professor of neurology and epidemiology at Columbia University in New York City, has seen the strain.

Much of it stems from uncertainty about how to fight the illness, said Elkind, president-elect of the American Heart Association. “We are constantly learning and updating our recommendations, and I think that makes people a bit uncomfortable.”

Adding to those unknowns: fears about shortages of protective gear and the potential decisions health care workers face about who lives and who dies if vital equipment isn’t available.

Elkind also worries about exposing his family to the virus. He’s careful about changing out of his scrubs at the office and showering as soon as he gets home. But he wonders, “Is that overkill? Is it not enough? Should I be staying in a hotel instead of going home? These are the kinds of decisions that we’re making without very much information at all.”

And he’s concerned about the doctor trainees whose careers have been put on hold as they are pressed into service. “It’s interrupted their lives,” he said. “And hopefully, they don’t end up paying for it with their lives.”

Mirna Eads, a floor nurse at a nursing home in Fort Thomas, Kentucky, is on edge because people around her don’t seem to understand what she and her colleagues are up against. Some visitors refuse to comply when asked to wash their hands or wear a mask. Shoppers scowl when she wears a mask at the grocery store. “I get looks like, ‘Really? You’re taking this awful serious, don’t you think?'”

Nela Hadzic, a New Jersey-based union organizer with the Northeast Nurses Association, said nurses have been stressed by the lack of gear, administrators who won’t communicate openly and, again, those fears of infecting loved ones.

Davidson said health care employers urgently need to be paying attention to workers’ mental health. “Organizations need to have psychological support systems in place right now,” she said. “This is not an option. It just has to be.”

She listed several approaches that have been shown to work. Her facility adapted its Healer Education Assessment and Referral (HEAR) program, designed as a suicide prevention tool, to focus on workers affected by the pandemic. Code Lavender, a Cleveland Clinic program, uses trained teams to respond to workers who say they’re having a mental health emergency. A University of Missouri program uses “emotional first aiders,” to look out for people who might be having a bad day. And Ohio State University’s MINDBODYSTRONG offers a series of classes that build resilience.

Workers need to be watching out for one another, too, and take action. Know the number of your employee assistance program and keep the number of the National Suicide Prevention Lifeline handy: 800-273-TALK (8255).

“If you’re with a co-worker that you have identified as high-risk, stay with them through that moment,” Davidson suggested. “Do not leave them. Tell them that you recognize they need help, you want them to get help, and you’re not going to leave them.”

Strochine, the wound care nurse, finds solace in humor, and in getting out to the creek near her house. “I’ll sit beside the creek for hours on end and just meditate and relax. And that seems to help.”

She and Elkind both said people can support medical workers by doing something simple: staying home.