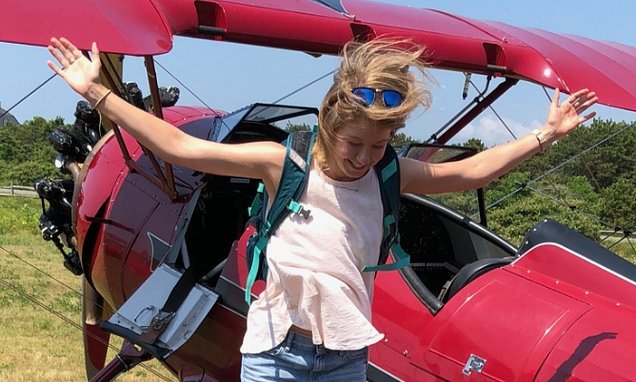 Parachutes do NOT save the lives of people who jump from aeroplanes, claim sarcastic scientists in a study designed to reveal how flawed ‘research’ can be

Parachutes do not save the lives of people who jump from aeroplanes, or so a study suggests.

In a trial of 23 volunteers, all participants somehow survived being hurtled out of a plane – even those without parachutes.

But the sarcastic scientists didn’t mention until 16 paragraphs into the study how the volunteers jumped a mere 0.6m off a stationary aircraft.

The scientists argued their lighthearted trial highlights how misleading research can be. 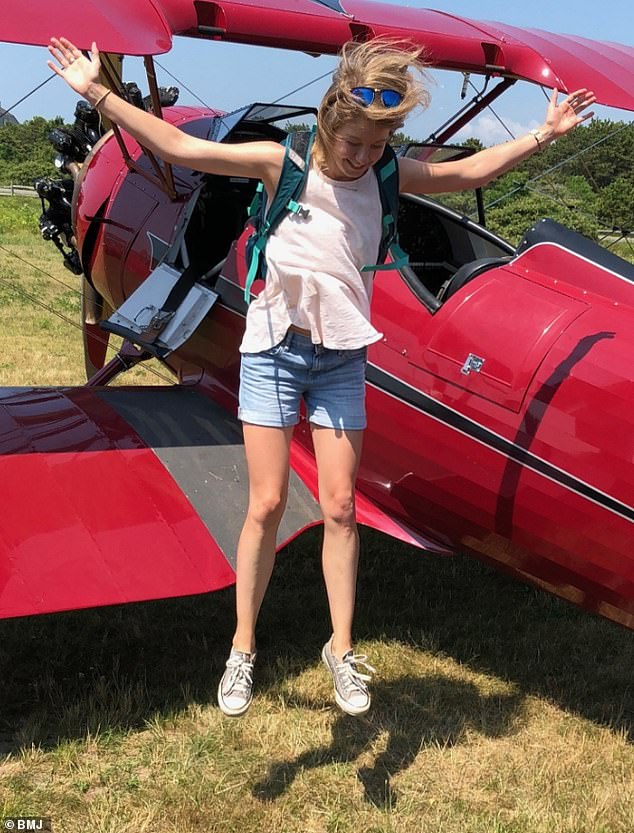 Pictured is one of the ‘brave’ volunteers who agreed to jump 0.6metres without a parachute in the name of scientific research. Thankfully, all the participants survived

Writing in the Christmas edition of the British Medical Journal, they added accurate interpretation requires a ‘complete and critical appraisal of the study’.

The ‘Look Before You Leap’ study was carried out by scientists at Harvard and led by associate professor of medicine Dr Robert Wayne Yeh.

Although written in good fun, the scientists hope their findings will prompt people to read studies in full rather than taking a ‘cursory reading of the abstract’.

To carry out the study, the scientists approached adult passengers on a commercial plane mid-flight to ask if they would be willing to parachute in the future.

The researchers admitted they found it tricky trying to find people willing to hurtle thousands of feet through the air without a parachute.

In response, they allowed 11 of the volunteers – which they opened up to their friends and family – without protection to jump just 0.6m, which the researchers called a ‘minor caveat’ in their study design.

They wore an empty North Face or other branded rucksack, while the 12 other participants were given parachutes.

The jumps were carried out at either the Yankee Air Museum in Belleville in Michigan or Katama Airfield in Martha’s Vineyard, Massachusetts.

None of the study’s participants – whether they wore a parachute or not – died or were injured within five minutes or 30 days of the jump.

‘This largely resulted from our ability to only recruit participants jumping from stationary aircraft on the ground,’ the scientists wrote.

The researchers revealed the parachute did not deploy for all 12 of the volunteers because of the ‘short duration and altitude of falls’.

They sarcastically described their study as groundbreaking’.

And they added it ‘should give momentary pause to experts who advocate for routine use of parachutes for jumps from aircraft in recreational or military settings’.

They wrote in the BMJ that, should the results be reproduced in future trials, it could save the global economy billions of dollars spent annually on parachutes to ‘prevent injuries related to gravitational challenge’.

When pointing out flaws in the research, the scientists accepted there ‘could have been a lower risk of death or major trauma because they jumped from an average altitude of 0.6m on aircraft moving at an average of 0 km/h.

But they wrote: ‘It will be up to the reader to determine the relevance of these findings in the real world.’

They later added the results ‘might not be generalisable to the use of parachutes in aircraft traveling at a higher altitude or velocity’.

The researchers also wrote: ‘The PARACHUTE trial satirically highlights some of the limitations of randomized controlled trials.

‘Nevertheless, we believe that such trials remain the gold standard for the evaluation of most new treatments.

‘The PARACHUTE trial does suggest, however, that their accurate interpretation requires more than a cursory reading of the abstract.’