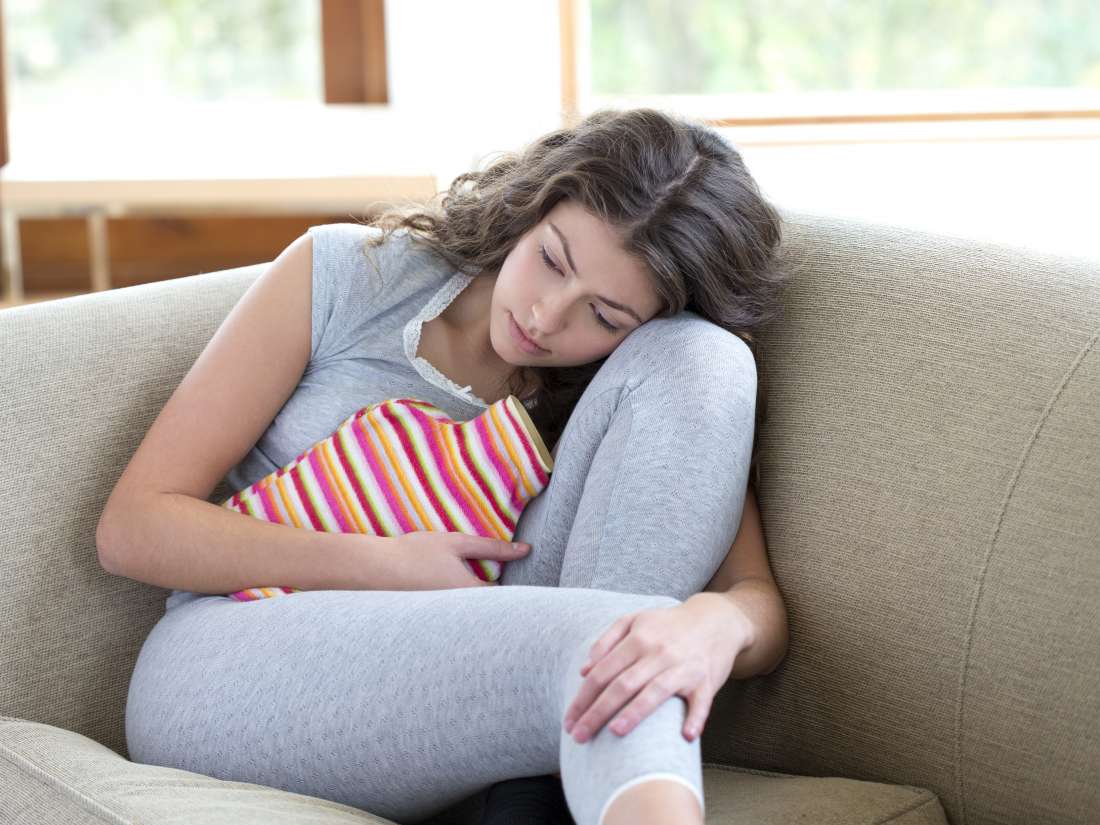 Sometimes, pelvic pain is an indicator of an infection or issue with the reproductive system or other organs in the area. When this is the case, a woman may need to see a doctor.

In this article, we look at 15 possible causes of pelvic pain in women.

Menstrual pain and cramping are a common cause of pelvic pain in women.

Of all menstrual disorders, women most commonly report experiencing pain, say the American College of Obstetricians and Gynecologists (ACOG).

Over half of women who menstruate will experience some pain for at least 1–2 days each cycle.

Menstrual cramping will typically occur immediately before a woman starts her period, as the uterus contracts and sheds its lining. The pain may feel similar to a muscle spasm or a jabbing pain.

Using a warm heat pad may relieve the sensation. Over-the-counter medications, such as ibuprofen (Advil) and naproxen (Aleve), may also help relieve pain.

In cases of severe pain from menstruation, doctors can recommend other medications.

If a woman feels a painful sensation on one side of her pelvis in the middle of her menstrual cycle, she may be experiencing mittelschmerz. Doctors use this German word to describe painful ovulation.

When a woman ovulates, the ovaries release an egg, along with some other fluid. The egg will then travel down the fallopian tube and into the uterus. The fluid released by the ovary can spread within the pelvic area, sometimes, causing irritation in the pelvis and leading to pain.

The discomfort may last for minutes or hours, and it may switch sides of the body, depending on which ovary released the egg. The pain is temporary and requires no specific treatment.

Pelvic pain may indicate the presence of a sexually transmitted infection (STI) such as gonorrhea or chlamydia. STIs occur in people who are sexually active.

Chlamydia affects around 2.86 million people each year in the United States, according to the Centers for Disease Control and Prevention (CDC).

The CDC also estimate that gonorrhea affects 820,000 people every year.

Along with pelvic pain, other symptoms of STIs may include painful urination, bleeding between periods, and changes in vaginal discharge.

Anyone experiencing these changes should see their doctor who will be able to diagnose an STI and prescribe treatment, usually including antibiotics. It is also critical to inform sexual partners about the infection to prevent it from spreading.

Pelvic inflammatory disease (PID) is an infection in the womb that can damage the surrounding tissue. PID can arise if bacteria from the vagina or cervix enter the womb and take hold.

It is usually a complication of an STI such as gonorrhea or chlamydia. Along with pelvic pain, women may experience other symptoms, including abnormal vaginal discharge and bleeding.

PID increases a woman’s risk of infertility. The CDC note that 1 in 8 women who have had PID also have trouble becoming pregnant.

Treatment typically involves taking antibiotics to treat the bacterial infection. However, they cannot treat scarring, which is why early treatment is crucial.

Endometriosis occurs when endometrium, or tissue that lines the inside of the uterus, grows outside of the womb.

Endometriosis may be a source of chronic, long-lasting pelvic pain in some women. When a person’s period begins, this tissue outside of the uterus responds to hormonal changes, which may cause bleeding and inflammation in the pelvis.

Some people may experience mild to severe pain. Endometriosis may make it difficult for some women to become pregnant. Doctors may recommend various treatments, depending on symptom severity.

Irritable bowel syndrome (IBS) is a gut disorder that causes pain and symptoms, including constipation, diarrhea, and bloating.

The symptoms of IBS tend to flare up and go away over time, especially after a bowel movement. There is no cure for IBS, so treatment focuses on managing symptoms through changes in diet, stress levels, and medications.

For many causes of pelvic pain, it is not necessary to seek medical care.

However, there are some occasions when the woman should see a doctor.

Any new, severe pain requires evaluation. For example, a person who suspects that an infection is causing their pelvic pain should visit a doctor. While some infections clear up on their own, the chance of complications is often not worth the risk of waiting.

Anyone with vaginal bleeding they do not expect, and severe pain should also consult a doctor promptly.

If a person has a known condition and experiences sudden changes in pain, such as sharp twists or sudden severe pain, they should seek medical attention, as this could be a sign of a serious change in the condition.

Other symptoms that appear alongside pelvic pain, such as fever, nausea, and vomiting, are also signs that someone should see a doctor. They will make a thorough evaluation and help devise a suitable treatment plan.

For the most part, pelvic pain in women appears as a result of a common issue such as menstrual cramping or painful ovulation. However, if a person notices signs that a more serious underlying problem is causing the pain, they should consider seeing a doctor.

A thorough diagnosis is essential in every case so that people can avoid potentially serious complications and find the best treatment.